iauns in STEMGeeks • 4 months ago

Here's my entry for @lemouth's citizen science program, episode 2. Glad to be back :).

Before starting MadGraph, I picked apart the acronyms in the name of the package: '[email protected]'. Specifically, I wanted to know what the 'aMC' and 'NLO' terms meant. After some searching, here's what I concluded:

I was most interested in the 'aMC' acronym since 'aMC' appears prominently in the MadGraph5 prompt. So it's gotta be important!

Now for the meat-n-potatoes: simulating 10000 proton-proton collisions where each individual collision yields one top quark and one top antiquark. Following lemouth's lead in episode 2, here's the commands I entered.

Note the presence of '#' at the end of the MG5 commands above. Through trial and error, I found that '#' indicates a comment in MadGraph's REPL. For example, generate p p > t t~ # Collider process is a valid command.

An aside on filesystems

Initially I ran the simulation on a shared filesystem (/host/c). That was slow. So I tried both a container-local filesystem and a filesystem mounted in RAM (ramfs). For comparison, I measured the elapsed time of the 'launch' command (minus menu interactions). Here are the results:

The learning: don't use a shared filesystem like I did :(. It was more than 2 times slower. And ramfs helps, but not too significantly. The minor effect of ramfs makes sense as the simulation is likely compute bound.

Since I'm running MadGraph in a container, there is no interactive display session. It's (nearly) headless. So I'm forced to copy graphical results (like images) to the host machine before viewing. That does incur some overhead.

A screenshot of my final output: 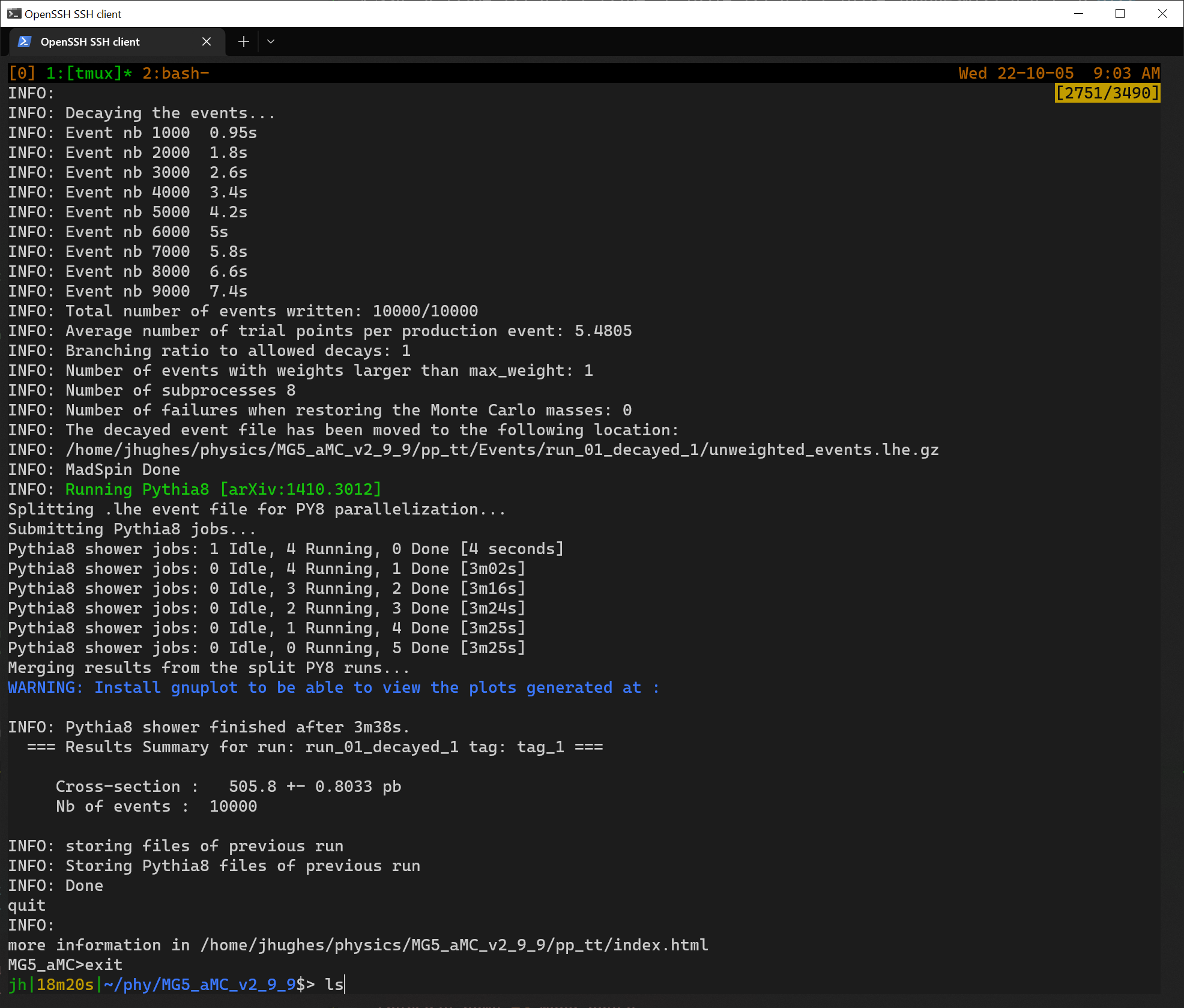 That's about it. Looking forward to the next episode and seeing you folks around!

Congratulations @iauns! You have completed the following achievement on the Hive blockchain and have been rewarded with new badge(s):