To Virus or Not to Virus, that is the question.

Introductory image which is related to the topic. A photo of taken during the Spanish flu. Seem to be nothing new under the sun. 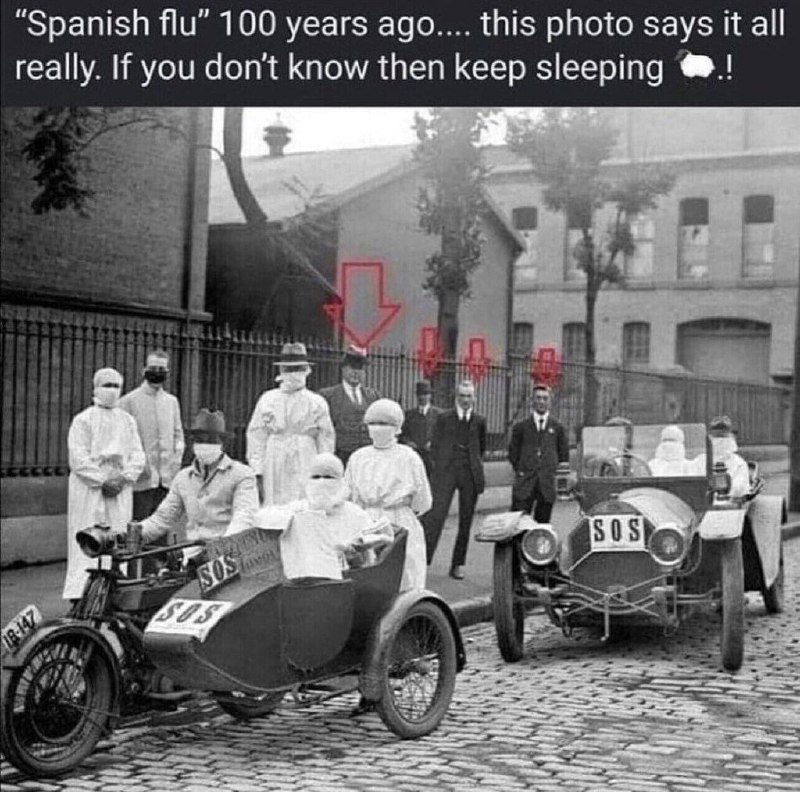 In my previous post I have attempted to outline the simplicity of the situation of presumed virus isolation. In short no "infections" virus has ever been proven to exist. If by the true definition of the word virus meaning poison then by all means a virus cause disease (dis-ease) same as a poison's cause dis-ease because that is the meaning of the word virus, it is poison. The importance of this concept highlighted by my repeating this again here. The steps of virus isolation also explained in my previous post as follows:

A sample is taken from a subject whether that is sputum, blood, urine, etc., after which it is filtrated. The theory is that the virus is so small to pass through the filtration process and that larger particles will be filtered out of the "virus sample".

Step 2: Mixture (I strange thing to do if you want to isolate something)

The "virus sample" obtained from step 1 is mixed with bovine serum.

The remaining substance obtained from step 3 is put through the process of centrifugation to settle out the cell fragments in a test tube. Layers form in the test tube due to their size and gravitational pull enforced on each particle. Heavy particles settle at the bottom of the test tube and lighter particles settle out on top. Due to the theory that a "virus" is a specific size, which is about a thousand times smaller than a cell, the "scientists" say that what settles out on the top is the "virus" which is also responsible for killing the monkey kidney cells mentioned in Step 3.

Again to the above I provide links to explanations of others that has studied the subject:

Of course we have gained a feeling of love towards some heroes. Like Judy Mikovits... I really admired this woman and how, according to her story she stood up against the evil scum of this world to stand for truth. It was painful to realize that she is nothing more than a gatekeeper but then again there are a lot more names on the list. One tend to think that if this group of scum dislikes someone and vilify them that they must be on the right track but you will be mistaken. Another name on the list is Peter Duesberg. A virologist that is known for his controversial view that HIV is not the cause of AIDS yet he still continues to stand firm in the lie that other viruses can cause disease. The best interview to explain how this man was used to infiltrate and divert the movement that infectious viruses are not the cause of any disease is the interview by Tom, Andy and Stefan here

I have not found anyone speak of it yet but I have the same hunch about Kary Mullis. Although is was known for his controversial views insisting that any theory, especially advanced theory, be based on sound science, with specific reference to the foundation work supporting the theory. He never made the connection between the "infectious virus" isolation nonsense and the fact that the entire virology profession is based on the work by John F Enders, 1949 and 1954. Where Enders disproved himself in his 1954 paper where he clearly did a control test to show that viruses cannot be isolated by adding more information to a sample... In fact, it is "known" that viruses are miniscule compared to RNA, cells and other cellular structures and the addition of other information to a sample can never account for "isolation" in a scientific manner. Another interesting video by Mullis here

Whether Mullis was part of the club will remain a mystery seeing as an interview with him is not possible after his passing.