Arthur C Clarke knew the future would be Vegetarian

jsubramoney in #vegan • 2 years ago Arthur C Clarke is a renowned scientist who is familiar to every nerd and film buff. As a nerd you know him because of his stunning contributions to science that informs everything from radar to global communications. As a film buff you know him because he wrote 2001: A Space Odyssey, the greatest film ever made. However, this post is going to delve into his written novels and in particular 3001: The Final Odyssey and the profound insight it gave me. 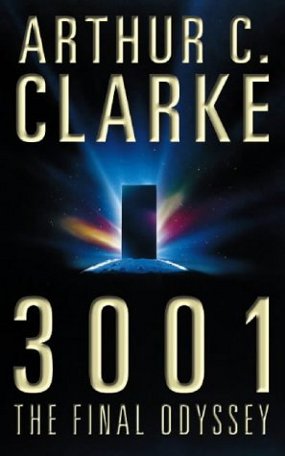 I read 3001: The Final Odyssey when it came out in 1997. I was in India at the time with my family touring the entire country and I needed something to read during the long trips between cities.

Whilst at an airport kiosk, the book immediately caught my attention with its beautiful cover and legendary status. I had to read it.

The book was an eye opener, with big broad ideas and colorful characters that drew you in – but the thing which blew my mind was that he proposed that the future was vegetarian! He went on to provide the logic and common sense behind the idea. His argument was compelling and without counter.

Even though I was sold on the idea, being a kid in 1997 South Africa, a meat focused country, I couldn’t even conceive of how to go about being a vegetarian. Which is actually rather odd, because I’m an Indian and my culture is heavily vegetarian. I didn’t realize that my original culture of vegetarianism had been supplanted by my South African culture as a meat eater.

It should have dawned on me that what you eat, is dictated by culture not physiology.

But irrespective he planted this idea in my head early in my life that the future will be vegetarian. Now given the urgency for us to save the planet, save the animals and save ourselves, it looks though we might go vegetarian sooner than 3001.

In fact I believe that we will be predominantly vegan within a few decades – and that change can’t come fast enough! Furthermore COVID-19 has scared the heck out of everyone because now we all know that slaughterhouses breed pandemics, and this current pandemic will expedite the transition towards veganism.

The facts highlight this; chicken sales plummet 50 % percent in India amidst corona virus fears , government councils around the world ditch meat, 41 % of US households buy vegan milk and vegan sales skyrocket amidst the corona-virus crisis.

Arthur C Clarke could never have imagined the factors that would precipitate a vegetarian world. However his common sense of observation that we could feed more people with less land is magnificent – and this is simple math! Arthur C Clarke – inventor of the communications satellite.
Here is a man, a scientist, who was so far ahead of his time and his peers, that logic led him to the right conclusion that we will all be vegetarian in the future. And I’m willing to bet, that had he known about Veganism, he would have been all for it. A great man, promoting a great idea.

Arthur C Clarke will always be remembered as greater than just a scientist, wiser than an author and bolder than any ordinary man.

“Any sufficiently advanced technology is indistinguishable from magic”

Photo by Nadine Primeau on Unsplash

This post was shared in the Curation Collective Discord community for curators, and upvoted and reblogged by the @c-squared community account.
If you are a community leader and/or contest organizer, please join the Discord and let us know you if you would like to promote the posting of your community or contest.
@c-squared runs a community witness. Please consider using one of your witness votes on us here
100%
-100%