Liquid Culture - What it is, Methodology and Colonization, and Further Work (P3/4 in a Two-Blog Series)

Liquid Culture - What it is and How to Work With It

Sometimes one may desire to store a colonized substance. This can be done several ways.

This method can and should be utilized after a clean backup transfer is complete of a contaminate-free petri dish culture, but can also be attained. This medium allows liquid growth of mycelium to be observed, allowing for ease and contaminate-free transfer with the use of an inoculation syringe, and proves much more sterile than simply dropping a wedge, exposed to open air, into a mason jar haphazardly. 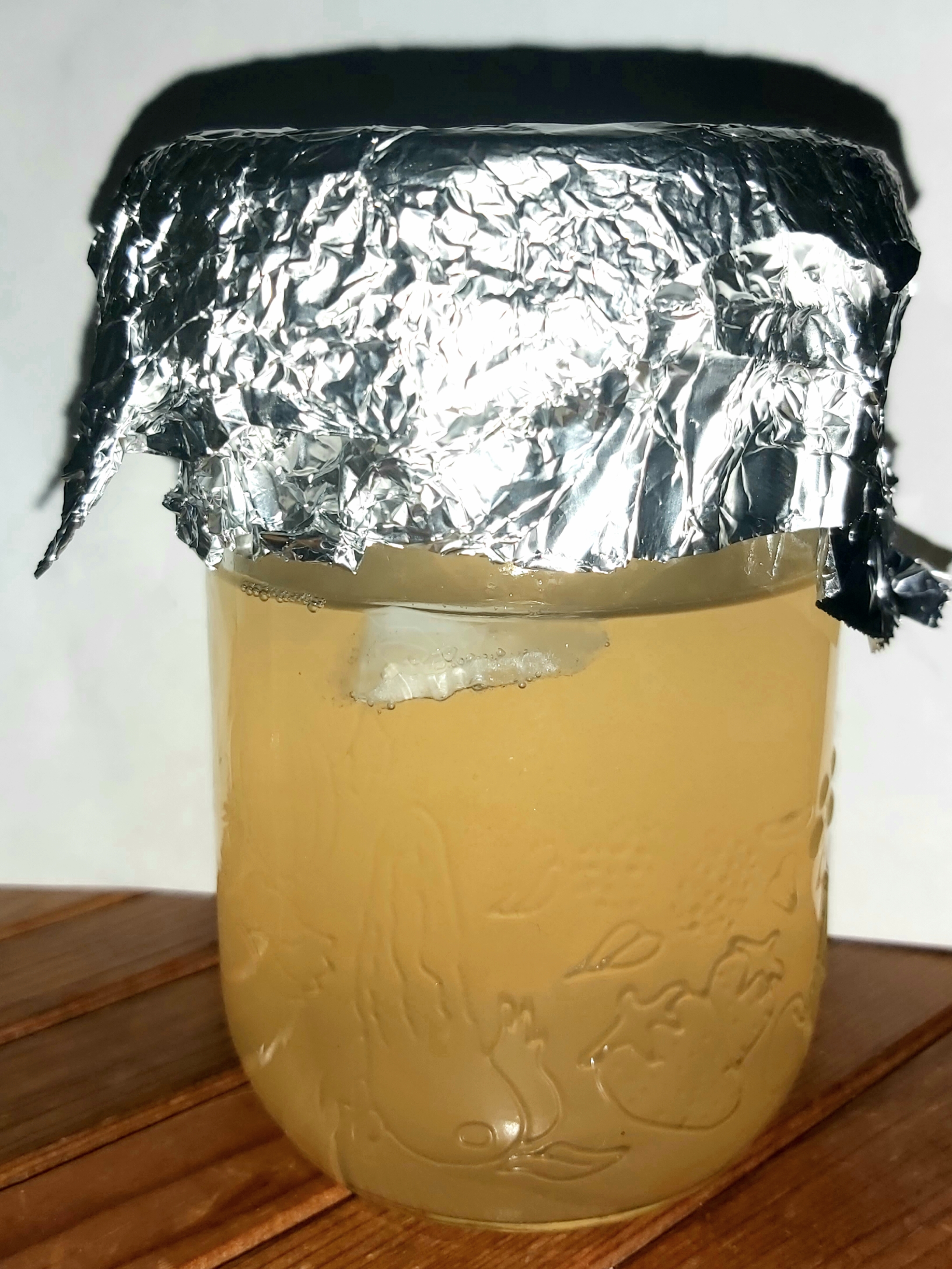 The reason we seem to be going through the growth process backwards is to provide an education and knowledge with psilocybin on the subject of mycelium colonization before actual work is conducted.

A dime-sized agar dish wedge can be substituted for the below culturing method, but for this post's sake we will examine liquid culturing and how to do so from a cultured dish: 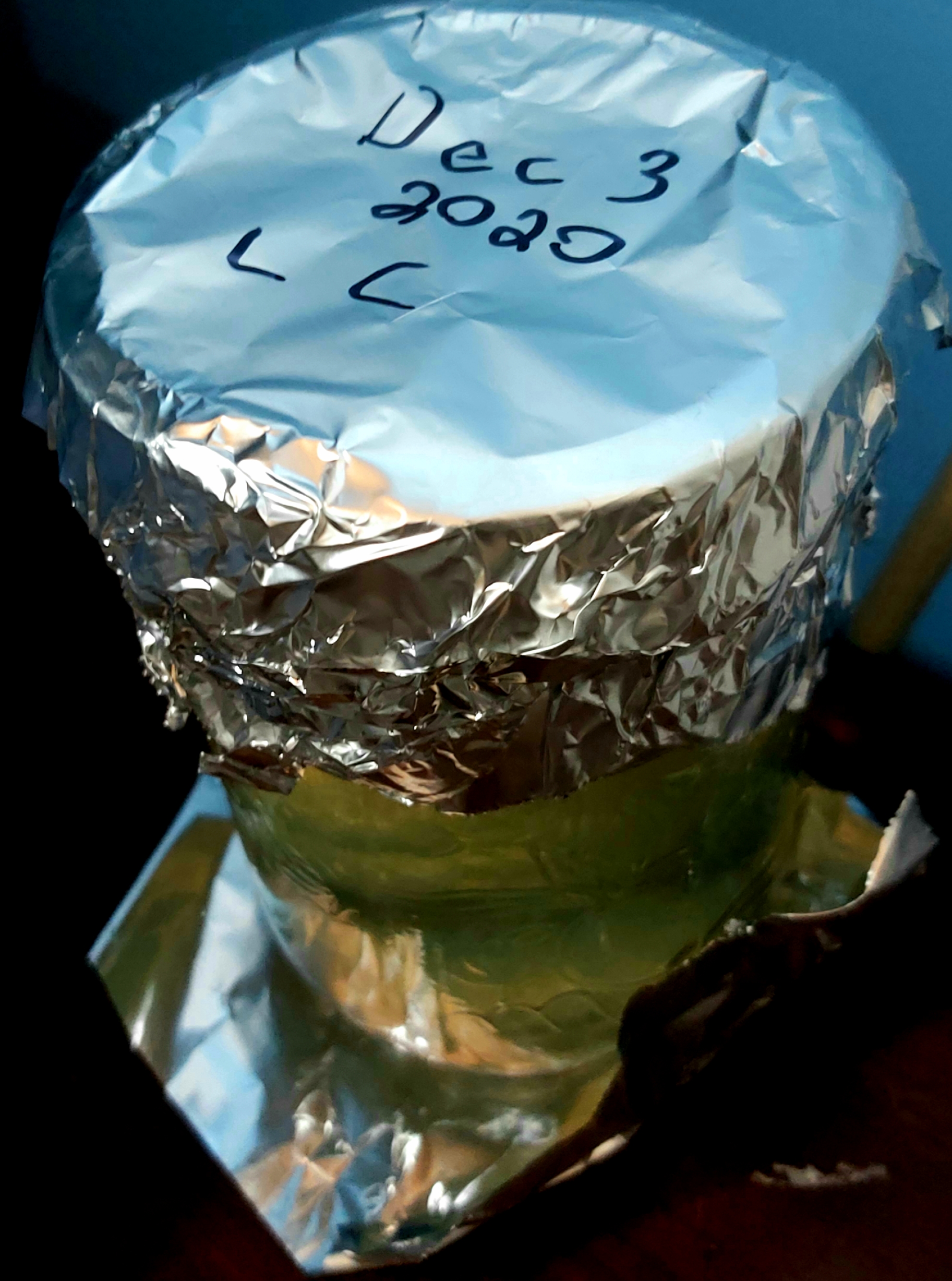 Let this sit for 7-14 days in a dark place at room temperature to grow and colonize the culture.

When prepared and the culture appears to be colonizing after 7-14 days, flame sterilize and insert the injection syringe into the honey-mason jar solution and withdraw 1mL of spore solution up into the syringe.

Later, one would at this point flick the syringe upon receiving the solution to spread the spores, and seal the hole on the honey-mason jar withdrawn from.

To be examined in the future, one would, after further explanation later, theoretically inject the withdrawn spore-solution into each of 4 holes of a growth (either Brown-Rice-Flour or another method of growth medium for colonized mycelium to be examined), the substrate of which will be examined following this months postings, 1/4th of 1mL per ea/, sealing each hole after doing so, and shaking up the mason jar after sealing all four.

While both techniques have benefits, - wedging, to be explained this following week, and liquid culture for long term general temp° storage - there are reaping benefits:

It should be noted that contamination is always a key environmental factor, and that sterilization is very important to exhibit during early stages of growth whenever your developed colony is exposed to open air. Once colonization gets to a certain point, it becomes evident that a once small spore, now a living and breathing element, will continue to grow and adapt to conditions, and be difficult to stop, like one would see in the environment where the certain mycelium are naturally found. Upon sterile inoculation, there will begin to be evident signs of this growth within 7-14 days, - contamination, even earlier – and full colonization of a substrate within 2-3 weeks following.

Hopefully this was an interesting read for anyone intrigued by mycellial growth. I hope to maintain your interest throughout! Posted recently, you may enioy this: https://ecency.com/hive-125125/@trezzahn/a-cross-examination-of-the

As well as how to utilize Agar properly (w/methodology behind explained), here (P.2):
https://stemgeeks.net/hive-163521/@trezzahn/an-introduction-to-agar-and-its-utilization-working-with-it-proper-technique-and-further-use-p2-4-in-a-two-blog-series
And further growth preparations, and some additional and misc, tomorrow, here (P.3):
https://stemgeeks.net/hive-163521/@trezzahn/mycelium-growth-preparation-agar-additionals-general-timeframes-and-further-work-the-fun-part

You can see next weeks posting utilizing post-colonization storage methods and syringe-use here:

You can see the first weeks posting on Spore Distribution and Reproduction,
as well as proper spore usage and inoculation of such here,
here (P.1):
https://hypnochain.com/hive-163105/@trezzahn/an-introduction-to-spore-growth-and-reproduction-in-a-controlled-environment-p1-4-of-in-a-two-blog-series

Thanks again all for hopefully some potential interest!