After the Moon, China is preparing comet missions. They will bring kilos of rock to Earth

The Chinese Space Agency announced the start of work on new missions that will allow the country to develop technologies for the implementation of the vision of space mining and discovering the secrets of the Universe.

The first of the missions will be called Chang'e-7 and will concern the natural satellite of our planet.

The fleet will include a communications orbiter, lander, rover and probe.

The rover is to collect regolith samples from the unseen surface of the moon and the probe will deliver them to Earth. China has already sent two missions to the moon, namely Chang'e-4 and Chang'e-5. 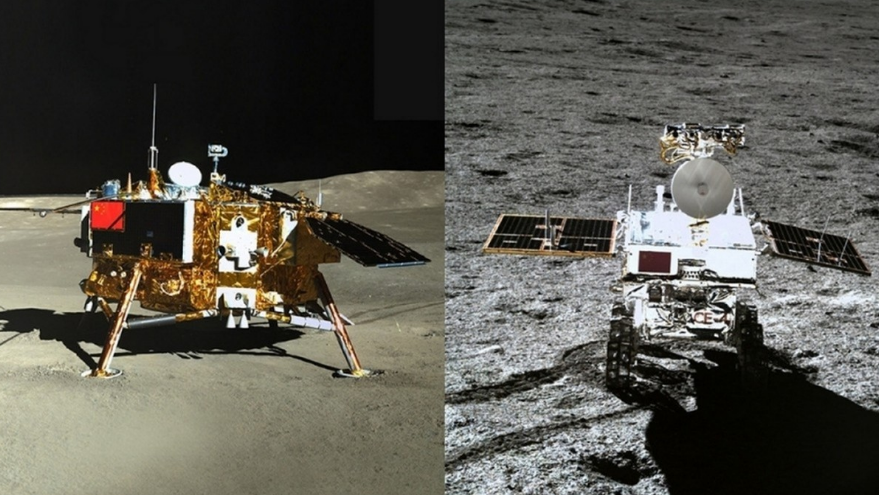 This year, the Chang'e-6 will also be implemented.

The latter two relate to lander / probe sampling, while the future Chang'e-7 and Chang'e-8 will already be carried out using specialized robots. Interestingly, as part of the Chang'e-8 mission, the Chinese will use knowledge about regolith

and rocks obtained from sample testing and intend to send the first space factories for base-building materials to the moon.

According to the plan, 3D printers and robots will fly there, which will provide material for printing and later use them to build booms for astronauts.

These missions are to be carried out after 2024, but that's not all.

The government has even more interesting plans.

It is no secret that in this case it is not only about scientific research, but above all checking whether it can be used to obtain raw materials for the development of the state on Earth and the construction of the first Chinese cities outside it. The first mission will be ZhengHe.

Its name refers to a 15th-century marine explorer.

For a good start, the probe will approach the asteroid and take up to 1 kilogram of samples from it.

It will then continue its journey towards Comet 133P / Elst-Pizarro, using a gravity springboard for its journey.

It will allow him to reach the comet in about 7 years and carry out important research.

In fact, China in this matter is years behind America, Europe and Japan, which have long studied asteroids and comets together.

However, looking at the country's ambitious plans, we can be sure that it will take over in the 1930s and then China will be a pioneer in space research. As we mentioned earlier, this year we will have another Chinese mission, Chang'e-6.

Originally, it was supposed to start last year.

The Middle Kingdom plans to collect samples from the Mons Rumker hill in the lunar Ocean of Storms.

The next mission Chang'e-7 is to carry out a similar task, but near the south pole of the moon, which is the area where NASA plans to build the first colonies.