Tesla And Bitcoin: Taking It A Step Further

We know that Tesla purchased $1.5 billion worth of Bitcoin. Estimates are that purchase is now worth over $2 billion. That means the company earned more than $600 million in a little more than a month.

While Tesla is the first non Wall Street firm to do this, what they did is not that uncommon these days. Many companies are starting to put their cash reserves in Bitcoin.

At the same time, reports are that the company will accept Bitcoin as payment for its vehicles, opening up the possibility for it to acquire more Bitcoin.

However, there is a lot more, potentially, to this story. There are some things that Tesla could do to further its ties to Bitcoin. It could also merge a couple of technologies in a way that would really alter what is taking place in the industries it is involved in.

In addition to making cars, Tesla is also an energy storage company. It has solar roofs as well as batteries that are tied to the grid. Many Tesla energy customers charge their batteries and then sell their excess back to the utility. This is commonplace within the solar industry.

What if Tesla decided to take their knowledge of processors and turn the industry on its ear? Instead of selling energy back to the grids, why not simply turn to Bitcoin for the solution? In particular, what if Tesla creates an application that allows each Tesla Powerwall owner to mine Bitcoin with the extra energy?

Tesla could add some processors to the Powerwall which is already tied to the Internet. 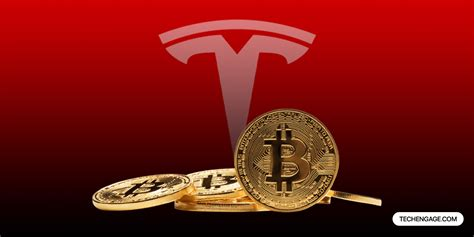 Since Tesla is a renewable energy company, it could join in on the conversion of Bitcoin mining to a different energy source. One of the attacks on Bitcoin, rightly or wrongly, is that it consumes too much power. The energy usage for Bitcoin mining is significant although one could make the case that it is not out of range when compared to the energy the financial system utilizes.

From a consumer perspective, this would really give Tesla Powerwall owners a value added service. If over the course 5 years, if one could mine $10,000 worth of Bitcoin, this would help to offset the cost of the batteries packs or even a car itself.

When coupled with a Solar Roof from the company, this could offer the homeowner a completely different economic package not presently offered.

One of the company's areas of excellence is with chip design. The company has alternated between building their own while also using some of NVIDIA's chips. This is probably the leading semiconductor company with AI and mining chips.

Tesla could even go one step further by potentially putting a processor in its EVs, providing another potential source of revenue for vehicle owners.

Would this be worth it for the company?

From a financial perspective, it might not. However, from a marketing standpoint, it could make a lot of sense. By offering Tesla customers the ability to earn a bit of money off their purchases, it could make the company stand out compared to the competition. This could be vital since Tesla products tend to be a bit more expensive than what other companies are offering.

We are rapidly moving into a world of convergence. Companies that operate like that are in just one industry will find they are in trouble. For a company to join their renewable energy products with Bitcoin mining could be a major windfall for Tesla customers. This will further help to separate the company from other ones out there.

Tesla is already heading towards the point where their cars are actually "robotaxis" where owners can rent rides out. In other words, people will be able to send their car to work.

Perhaps another value add could be that a Tesla EV and Powerwall could be cryptocurrency miners. This will help owners to offset the costs they paid for the products.

What are your thoughts about this combination of ideas.

That is the most beyond post-modern thing I've ever heard🗿
Very wild.

LOL Thank you. Will try to come up with more.

You should include this post as an attachment for your resume as next CEO of Tesla. Brilliant idea to make use of the computing power of the vehicles!

CEO of Tesla? Nah. That is too much work. LOL

I've got a buddy who oversized his solar roof. I was telling him he needed to convert his kids old gaming computer into a miner and earn eth with his excess.

Or perhaps another PoW token, one that is easier to mine.

But you are right with your thinking.

This would be a great way for tesla to offer "profit-sharing" without having to share any of their profit.

Or... the tokenization of everything. Including driving.

Congrats, you were upvoted from this account because you were in Top 25 engagers yesterday on STEMGeeks .
You made a total of 2 comments and talked to 2 different authors .
Your rank is 6 .
For more details about this project please read here - link to announcement post
You can also delegate and get weekly payouts.

A marriage of renewable energy, electric cars, AI and Bitcoin sounds like an impressive case of convergence, mildly put.

Most people who discuss Tesla's potential valuation do not seem to have the slightest inkling of what is going on...

We will see if they put together something. Buying the token is just the start. We will see how far out they go.

What's evident is that Elon Musk is a visionary with a strong tendency to think outside the box.

From a financial perspective, it might not. However, from a marketing standpoint, it could make a lot of sense. By offering Tesla customers the ability to earn a bit of money off their purchases, it could make the company stand out compared to the competition

Obviously this would be amazing because it takes Tesla to a whole new level Would Tesla want to give their customers the ability to earn a little money even if it isn't financially beneficial to them? This I don't know

That is true. No way to keep looking at things in the same manner. Tesla is vertically integrated for its automotive division but going horizontal into different industries.

I really want a Tesla solar roof so badly, but the upfront cost is just killer for me. Even though I know the ends will justify the means and the ROI is definitely there, it is just something I can't pull the trigger on. Adding the ability to mine BTC would just be genius. It definitely seems like something they could easily integrate.

It is a lot of money, that is for sure.

Instead of selling energy back to the grids, why not simply turn to Bitcoin for the solution?

This could be a possibility and if it happens then its going to be wonderful innovation by tesla. No doubt that Tesla is way advanced with technology and it can make significant value addition to bitcoin if it happens.

IT would also help in the decentralization of the mining. Imagine the size of the mining pool if that were to happen.

Tesla's entry into the "game" was a very important step for major episodes in the future.

@taskmaster4450le how can we get to make Elon musk see this?? This is a brilliant piece from you sir...

Not sure it will cross Elon's radar but it is an idea that I am sure they could implement.

Powerwalls are already very expensive, the added cost of GPUs and other stuff needed to mine crypto would make the perioded needed to recoup your money even longer and you would also need a big and cheap solar array so that you have lots of cheap electricity for mining. I like the idea but I think we are at least 5 years to early for it in terms of prices. I mean electricity is not that expensive in most places that are not remote ( for domestic users of course )

Most are already selling electricity back to the utility grids. So they electricity if already there to mine.

And the GPUs would only add a couple thousand to the price; something that could be recouped in likely the first year.

with installation a power wall will set you back about $12.000, add at least $1000 for GPU and software and for that money I would rather get some solar panels and a cheaper battery system. For a normal household where I live the electricity bill is around $50 so it's hard to justify that sort of price without even considering the solar panels

Really an interesting idea that Musk could or should consider.
The private individual who lives in Italy and produces energy with solar panels receives very little from the sale of energy that produces and also for them could be a viable alternative to mine Bitcoin.
Among other things, clean energy is an innovation in continuous development and growth and the combination with BitCoin could be a profitable path for both.
!BEER

Those who have excess can turn it into a bit of a money maker.

Instead of selling energy back to the grids, why not simply turn to Bitcoin for the solution

i haven't thought about it but you are completely right. Given their knowledge the potentials are huge