schamangerbert in GEMS • 7 months ago

The fourth and penultimate part of the rituals that concern children describes a ritual that invokes an idol of children. Here an Idol is a magical object that is made under the guidance of the shaman. I had previously described that Tuvan shamans had idols intended only for the shamans themselves and idols for common people. As our field studies show, such idols (Erens) were Emegelchin and Ugek (in Tuvan transcription) who belong to the guardians of children, as has been noted by many researchers. 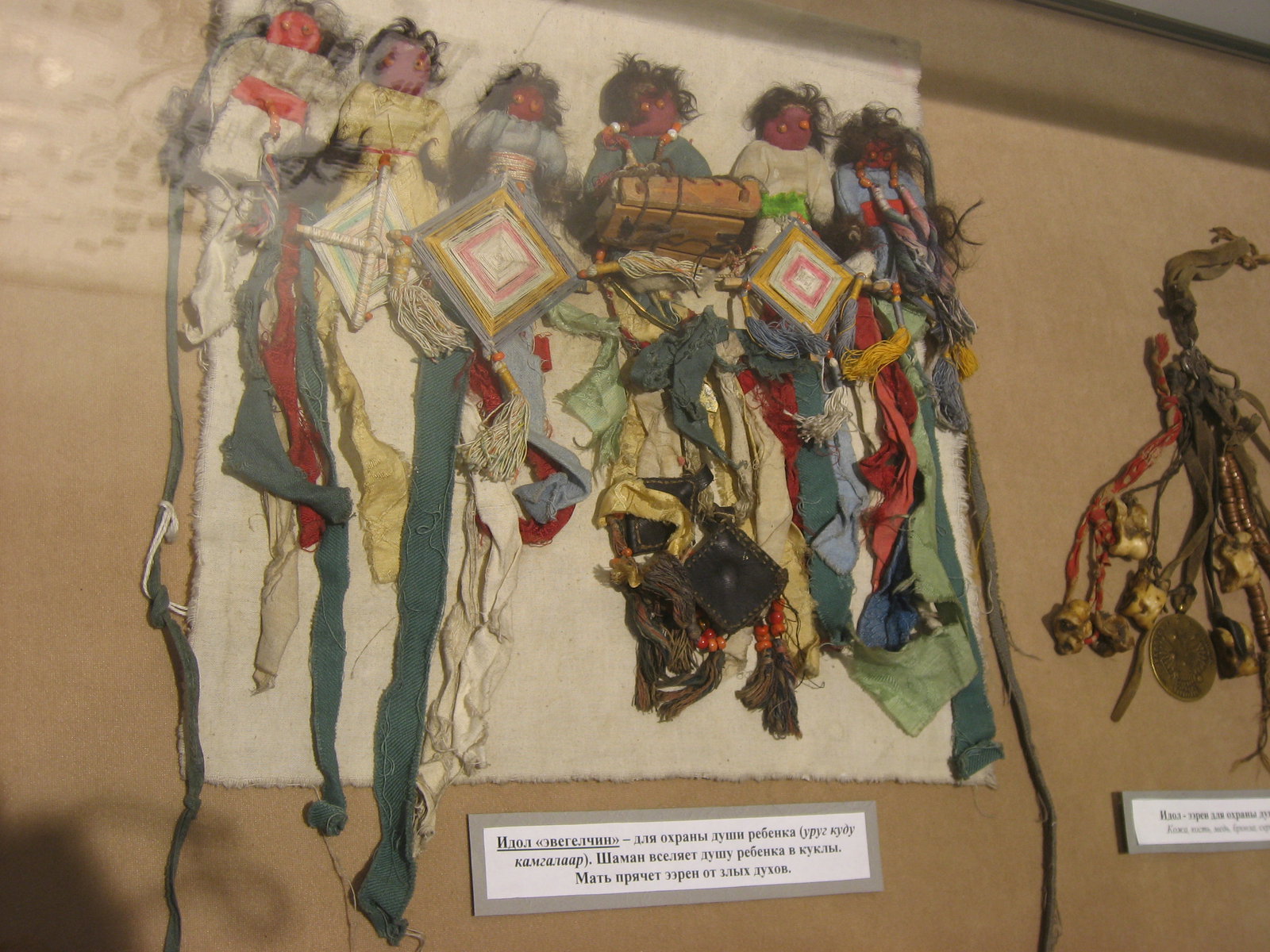 It is smoked with heather, milk and butter are cast.
It protects young children against disease. The shaman's ritual to the idol Emegelchin

This ritual is arranged by those who have no children (who are not born or are born and die). Our informant recalls that when she was seven, her legs ached. The parents invited a shaman who lived in the area. At the instruction of the shaman, Eren Emegelchin was made from colorful scraps of fabric. She particularly remembered the anthropomorphic figure in the form of a small doll carved from felt. Then everyone went to the spring, where a ritual dedicated to "the masters of the area" began. The shaman placed the idol Emegelchin on the spring. Then a goat was sacrificed to the spring and at the same time a ring made of colored fabrics was placed around the neck. Eeren Emegelchin was usually kept in a small saddlebag made of white felt. If necessary, it was hung over the bed. 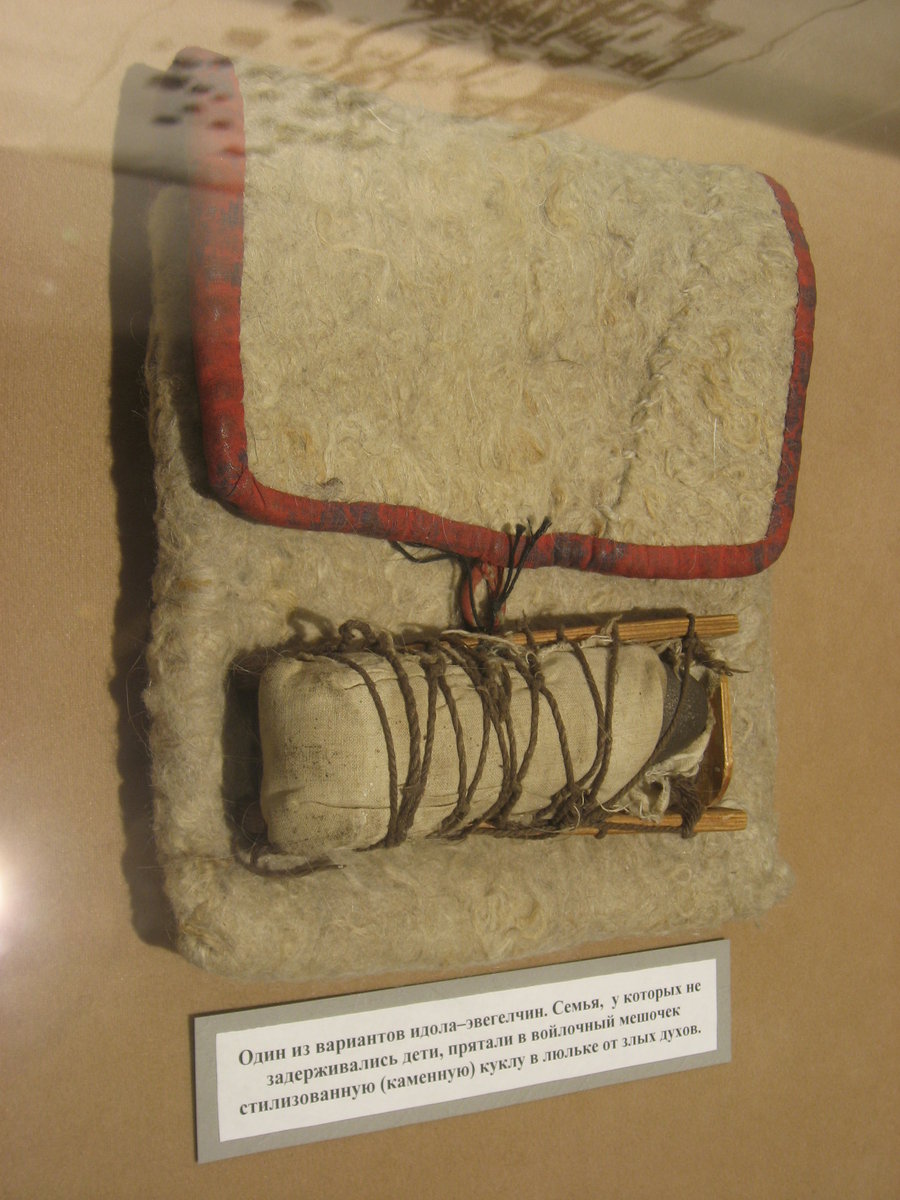 We turned to the work of scientists and also to a text from our field materials to more visually represent the images of idols protecting a baby's soul, so to speak. In the next Algysh we see a strong connection between a child's soul and their guardian.

(1) A woman's braid in the form of an ornate metal plate with beads attached was woven into the end of the braid.

It seems that these lines show neither joy nor sadness. In fact, the life of a child is under the patronage of the idol of Emegelchin, who does not let the good out of the yurt and the bad in the yurt and always watches over the door. A lot depends on a sheep with an apple on its forehead, because according to the religious belief of the Tuvan people it is an animal with warm breath, that is, it symbolizes life. So, if there is an Emegelchin idol in the yurt, then the child's parents will be calm, this is the main content of this passage from the Algysh.

The information comes from the Russian book "Tuvinische Schamanen" by Kenin Lopsan, the living monument of the shamans, it was translated by me and edited so that it is understandable. The pictures are from the local museum in Kyzyl. 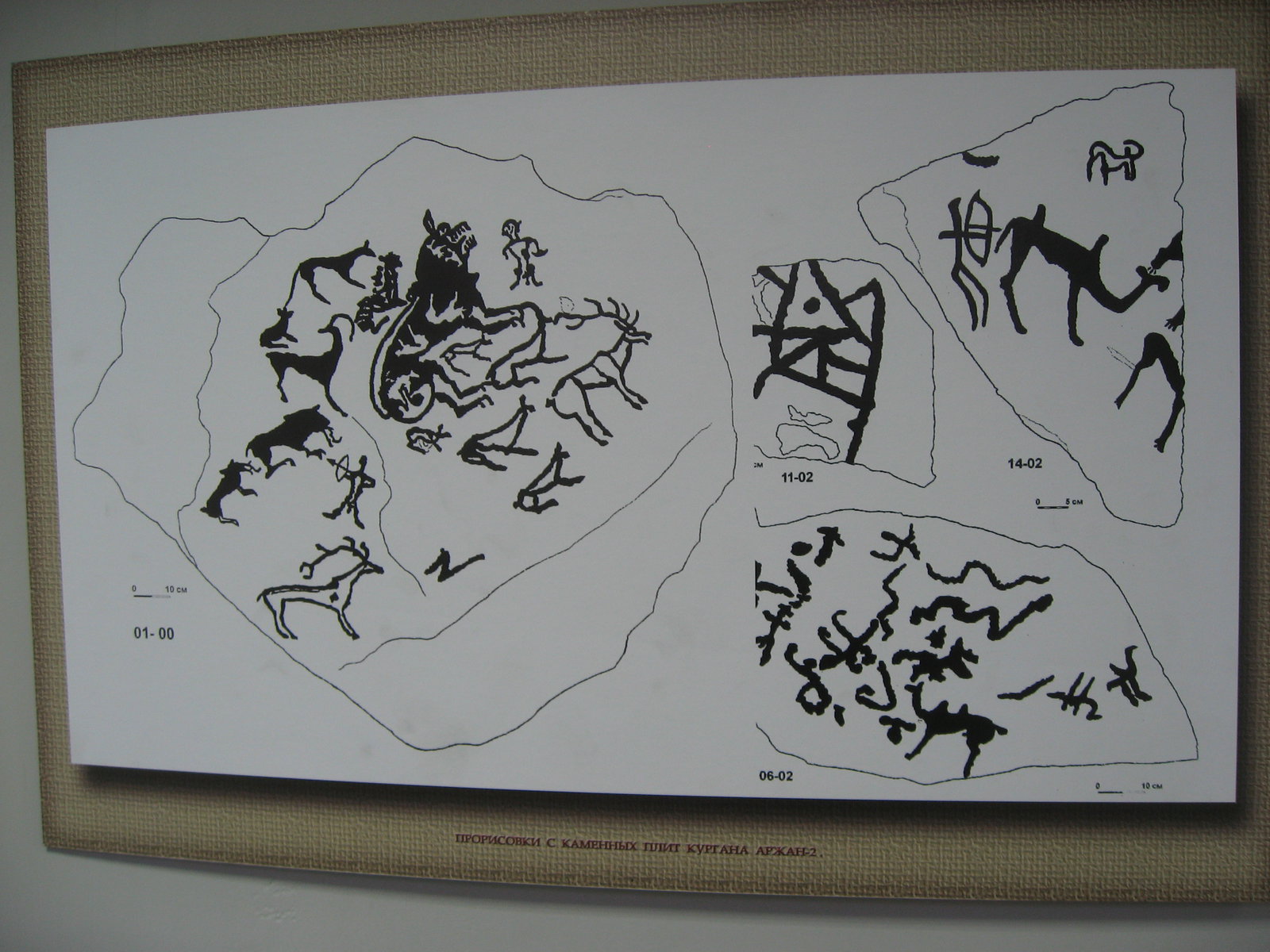 This is interesting. I Know such kind of song first time. Thanks for sharing about this

This is quite interesting, thanks for sharing such