Is Time Really An Illusion There's a Famous Quote by Albert Einstein where he stated that time is nothing but an illusion.

People like us, who believe in physics, know that the distinction between past, present, and future is only a stubbornly persistent illusion.” – Albert Einstein

I don't really know the exact reason or proof the physicians has to come to the fact that time is undoubtedly an illusion.

What is an Illusion by the way ?

an instance of a wrong or misinterpreted perception of a sensory experience.

a false idea or belief.

Is the future,past and present a false idea or belief. The future is what comes after the present. To note the fact here, the future never comes and you never get there. You only have a limited time to live your life and the future will Always be the next thing after your death. You can also say you’re already living in your future too if you are a successful man and now living your dreams. This is the future you planned for yourself and it’s now a reality, that’s how you picture it in your mind. While a poor unsuccessful man will have the beliefs too that his future is yet to come as things are not going well. There is also a saying that the future is bright(successful). The Past
Past is described as what happened before now . It is what happened before the present, it comprises of events and doings that existed before now. To someone reading this post right now, I wrote the post in the past. It’s what we can’t change. You can never change the past, it will always be in the past and nothing can be altered to change it’s because it doesn’t exist anymore.

The past does not exist. Same goes for the future too. It never comes.

I am sure albeit must have made a lot of calculations and assumption to arrive at the saying that time is an illusion and at some point I think I will have to accept he’s right. time is definitely and illusion.

You were once a kid before but not anymore. Can you change that?? No you can’t. You can only change what comes next which is the future and that’s by doing the best you can in the present. The present is what builds up to be the past. Without the present there can never be past . This three time entities are very illusional in the sense that, there is a very thin line between the three.

We can analyze it this way ;
“The Future is ahead of us and The Past is behind us While The Present is here with us right now “.

So much for being an illusion.

Time is on the other hand a very crucial thing in a mans life. The time we all have is short and we can only hope for the best. The future is in the present and the past is already gone, focus on the now(present) and the future will come sooner.

In my own view the future means successful in a mans life. Only a successful man has a future, which I believe my future is coming sooner than later.

Thanks for coming by and have a great day ahead

Time is the measurement of gravity.

By bending gravity you bend time, I.e. the further away you move from earth's gravity the faster you go, or the slower the earth travels

It's absolutely mind boggling. If you get close to a black hole and then leave, for you it may have been a few minutes, hours, seconds even. But once you returned to earth it would be years, decades even possibly centuries.

Time is able to be folded onto itself.

What! I know right.

Wow such an interesting detail of time . I guess we all have the way we view time from our own perspective.

Thank you for coming by. Have a splendid day ahead

Wow, I enjoyed your post. The funniest thing is that I just started a write up about time that I was planning to post later today or in the week.

Thanks for enjoying brother .

I hope to see that your post , the way we view things Is different and I would be very much glad to see how you view yours, so I’ll be expecting a post from you on time brother

Have a great day ahead and Also wish you luck in your exams.

Submit
0.00 STEM
1 vote
Reply
[-]
wine.bot  last year
Cheers @corporateay, Thank You For Inviting @marvinix To A Glass Of WINE.
At The Moment You Don't Have Enough WINE Staked To Order A Glass Of WINE From @wine.bot.
Please Refill Your Barrels By Directly Buying WINE From Marketplace & Make Sure You Have Atleast 25.00 WINE In Staked Wallet.

Interesting post.
The present is also very short lived or lasts for ever!! It is always now, but as the seconds tick past what was now is no more.

You are very correct. The present is short and also last forever 🌙.

Thanks for coming by. Have a great day ahead

Well... I guess nobody has the answer to this question, but I believe that our perspective on things (in general) is a part of the equation that should always be considered as something valid because it makes a lot of sense.

Congratulations @marvinix! You have completed the following achievement on the Hive blockchain and have been rewarded with new badge(s) :

All the dimension are an illusion.
However, these dimensions, east-west, up-down, past-future are what help us delineate, separate and focus upon what we wish to do with this life.

So, although these dimension are an illusion, on the flip side, they are very real.
They are "reality". And you need to work with them as they are.

If you want to, you can minimize all dimension into here and there.
The stuff you are working on is here, now.
Everything else is somewhere else, some other time. 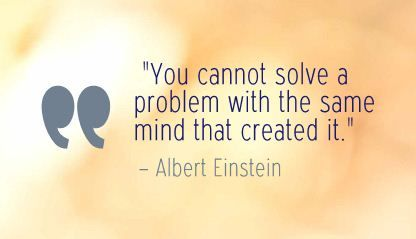 Thank you so much for the enlightenment.

I think I’ll stick with here and there.

Thanks for coming by

Yes the illusion all comes from our perspective, we all view it differently and that's normal.

If you were to become one with the entire universe so that your perspective included everything in existence, then you would see that there is no time.

Yes you are very correct. It all involves how we see things and the knowledge we have about the universe .

I hope there will be more facts and experiment later in the future about time and the universe.

Thanks for coming through. I so much appreciate the feedback and clarification .

Have a great day ahead