How the Precession of the Equinoxes has shifted the zodiac

julescape in Natural Medicine • 2 years ago

The full moon moment is happening as I write this. According to the western or tropical zodiac system, the sun and moon are on the 9th degree of Capricorn and Cancer respectively. However, according to Siderial or literal astronomical alignment, the sun is still in the actual constellation of Sagittarius and the moon in the opposite constellation of Gemini. The Indian or Vedic astrology system, known as Jyotish, or the study of celestial lights, is aligned with the literal astronomical placements, and would use this reference for today’s full moon being in Gemini and not Cancer. 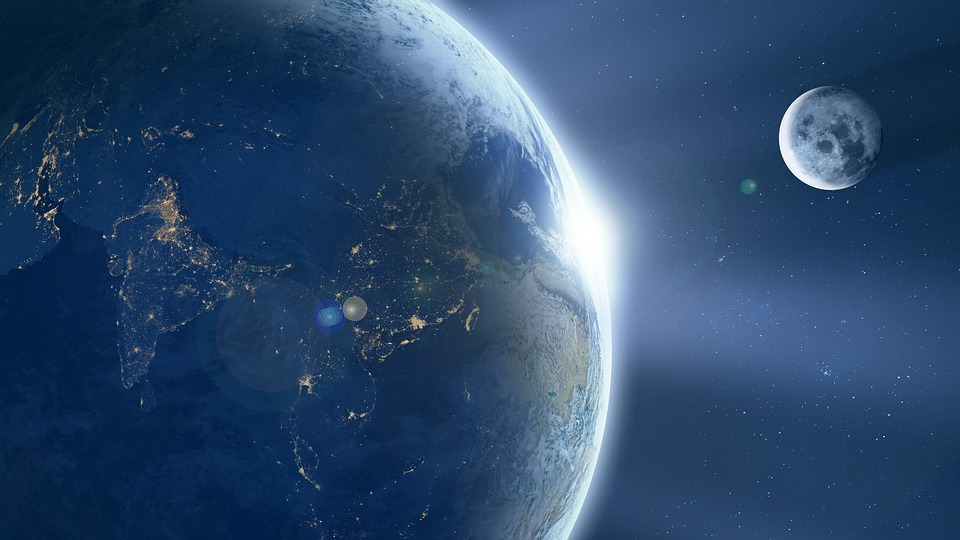 This difference between the actual positions and the western tropical position of the planets, is due to the Precession of the Equinoxes. This slow movement of the equinoxes over the past 2000 years, has gradually shifted the alignment of the western astrology signs out of synch with the constellations themselves. The difference now stands at 23 degrees out of synch.

As a result the western astrological position of planets is 23 degrees ahead of the literal positions in the constellations. That’s why Jyotish or Vedic astrologers will say that your Sun sign (and all the other planets) are back in the previous sign, unless you were born in the last week of your sun sign. That last week still overlaps, for the sun signs.

The rate of Precession occurs at about one degree every 72 years. That is how fast the two systems – Tropical (western) or Siderial (Vedic and literal) are moving apart form each other. The planets all move along the plane of the ecliptic through the constellations of the zodiac. Apparently the ancient Babylonians has 17 or 18 constellations in their zodiac, all of varying length, not an identical 30 degrees each, like today. In the Vedic system of India, astrologers even have a system of 28 lunar mansions, further dividing up the constellation belt, based on bright fixed stars.

When the zodiac was decided in its current format of seasonal and calendar based divisions, around the 7th century BC, it was to help a more agrarian society that planted and harvested according to these fixed seasons. The zodiac was set back then in alignment with the seasons, and the sun’s position, since it was a convenient measuring device.

As a result modern astrology is not in any way literal, and is purely symbolic, based on these two discrepancies, as mentioned. Firstly the zodiac signs in western astrology are out by 23 degrees and secondly the constellations are not literally 30 degrees wide. However, the cyclic timing of events like your solar birthday, or the 13 annual full moons, as well as the alignments of planets with each other is all literal.

So the western zodiac has been kept in alignment with the seasons, for the sake of farming and harvesting cycles, even though it has meant shifting out of alignment with the actual constellations themselves, and thus the discrepancy. Our system is based on the ideas of Ptolemy from the second century AD, when the starting point of the zodiac was established. And we have not allowed for the Procession but have kept to that fixed set of positions, based on the sun’s relation to the earth and not the constellations of the zodiac.

In other words our zodiac begins on the equinox annually at 21 March because that is always the day on which the sun aligns with the earth for equal day and night. Our position with the sun is fixed, so a fixed calendar for agriculture and seasonal activity was designed for us to survive. But the earth spins like a top with a wobble, so the backdrop of the constellations is gradually shifting by one degree every 72 years. So that point of equinox annually, no longer lines up with the same point in the backdrop of the zodiac constellation at the start of Aries.

Therefore modern western astrology may be an interesting tool to use as an oracle, but it has no literal foundation. I found this difficult to assimilate, having studied and accepted western astrology since my youth as a teenager. We end up identifying with our sun and moon signs as well as all the other planetary symbolism in our horoscopes. But none of it is accurate because either the planets are literally 23 degrees back, or the constellation is not even that big in the zodiac anyway.

What is exact though, as I said, is the solar cyclic nature of your birthday, as well as the cyclic nature of all the planetary alignments by geometric positioning in the sky in relation to each other, even if not in relation to the western zodiac. Also there are alignments with fixed stars in the constellations which still align with the planets at your birth. These can be looked at literally, in the Siderial or Jyotish system of aligning the planets with the constellations. Modern western astrologers don’t use the fixed stars as much any more but they are a firm part of ancient or even Medieval astrology.

To conclude, I still follow the movements of the planets and luminaries through the zodiac and horoscope, but I take it with a pinch of salt, and I look mainly at the literal geometric alignments that are mathematically measurable, while focusing less on the symbolic interpretations. In other words I consider the Jyotish or Vedic alignments with the zodiac. Even more so, I ignore the wheel of the zodiac and just look at the literal geometric aspects or alignments between the planets themselves. These are all factual and astronomical, like the recent conjunction of Jupiter and Saturn. Or the regular conjunction of Sun and Mercury, with the Mercury retrograde.

This blew my mind when I first heard about it. I only have a most basic undersatnding of astrology of any kind, and less of vedic, but I love to read and learn about it - thansk for sharing!

Yes it can be quire a revelation to hear how the systems that we have been taught about may not be accurate. It happens in numerous walks of life, that truth is hidden or the full picture is omitted, until we dig deeper.

Awesome article! I've been really curious about the astronomy behind astrology for a while now. Do you know of any place I can find a real time 3d representation of the solar system? I think that would be really interesting.

Hey there many thanks, I'm glad you found the article valuable. It seems, by the look of the readership and depressingly tragic amount of upvotes it received, that you are one of two people who actually read it. I don't know why I bother sometimes.

As for a 3d model of the solar system, I have seen Youtubers show them on occasion and they look very impressive, though I can't say where. Let's do some research. It will help to get a visual perspective of what is happening in the solar system.

Yeah this place has been getting quieter by the day it seems like, maybe it will pick back up a bit after the holidays. I guess for the 3D model I just had to use a search engine hah, theres a ton, but heres one I'm looking at now https://www.solarsystemscope.com/. Pretty cool stuff

You could be right - the holiday time is keeping most people preoccupied so there is less curation on Hive.

I'm glad you found a 3D model, well done Bodhi, let me check it out. Apparently in 2024 there will be a rare alignment astronomically, with the four big planets in two sets of pairs situated on one side of the solar system and the earth. Thus they could cause more gravitational pull on us and shake things up more than usual.

Congratulations @julescape! You have completed the following achievement on the Hive blockchain and have been rewarded with new badge(s) :