‘If personal computers are for everybody, how come they’re priced for nobody?’ 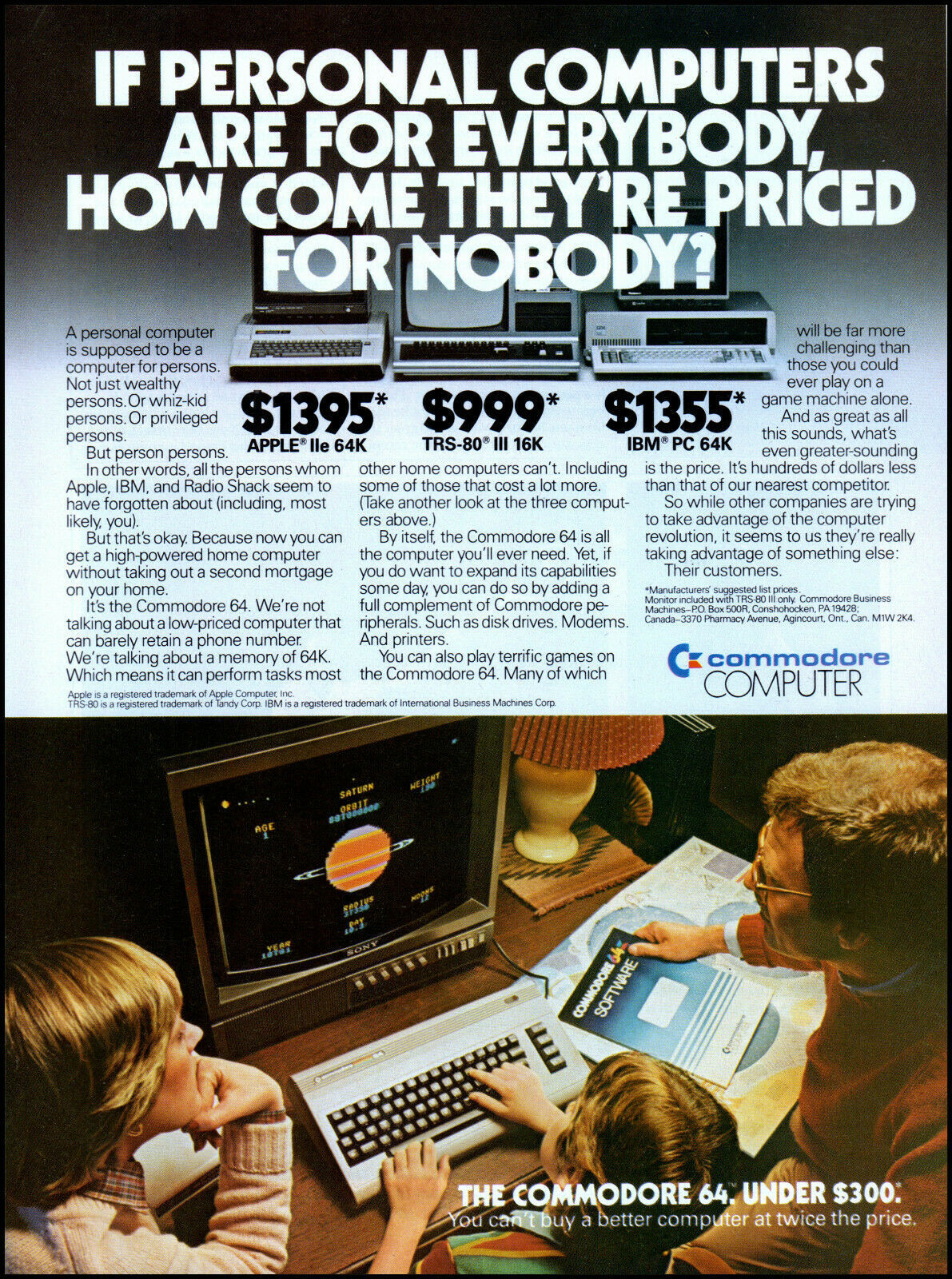 Commodore ultimately came to dominate the 8-bit computer wars in much of the world. There are a variety of reasons for this. For instance, it had excellent graphical and sound capabilities for its time making it a terrific games machine. Also, 64KB at the time of its introduction was a reasonable amount of RAM to have. Decent support by Commodore and massive support by 3rd parties were huge factors. However, at the end of the day, Commodore was able to crush much of its competition because of their ability to beat them on price.

Commodore's ability to beat others on price wasn't due to crappy quality but due to its vertical integration. Commodore owned MOS Technologies which produced the CPU and other chips found in the Commodore 64. Commodore was the most responsible for driving the cost of home computers down to the point where they were affordable by a great many more people. At the low end, others had to match Commodore's prices or go out of business. The IBM PC Jr. was a failure, the Apple II maintained its popularity largely because of its dominance in the education market and others like the TRS-80 and TI-99/4A faded away completely. The Atari 8-bit line hung on but just barely.

I got to use Apple IIs and TRS-80s in school some but I had a Commodore 64 at home. No regrets. Everything those computers could do the Commodore 64 could do and it was much better at games. I do wish an 80 column mode would have been standard but add-ons and later the Commodore 128 would solve that.

I was off to college in 1993 and while I still loved my Commodore 64 I was in desperate need of an upgrade. I contemplated an Amiga as one of those had long been on my wish list. I ended up with a 486 DX2-66 from Gateway instead. It was the first computer I ever purchased with my own money. I still have the Commodore 64 though.