The Mysteries Of Time - Part 2

clinton19 in StemSocial • 3 months ago (edited) 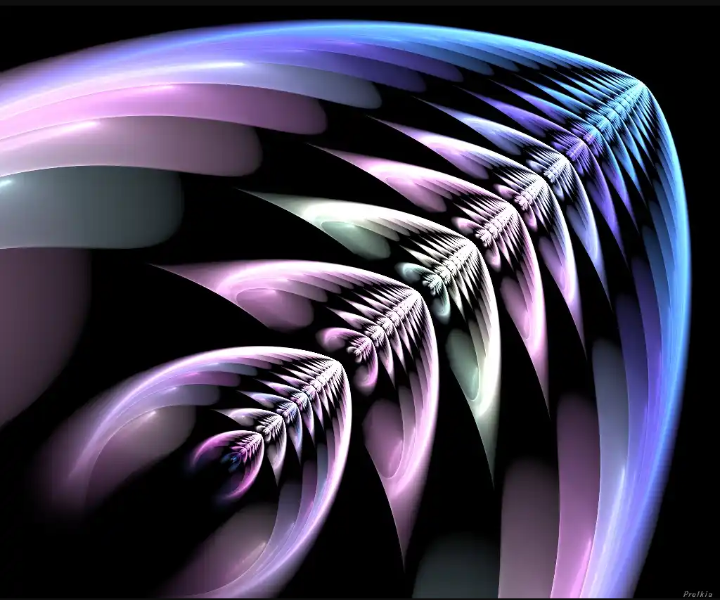 In our previous article, we explored the realness and absoluteness mystery of time through different philosophical and scientific perspectives without arriving at a conclusive solution, this article on the other hand, we would be treating another mystery of time assuming time was indeed a real thing. This mystery has to do with the direction of time, that is, why time seems to have an irreversible direction - from the past, through the present and to the future, it's sometimes referred to as the arrow of time. Though we discussed about this in our previous article as being due to we possessing memories and volition, this explanation according to some scientists is believed to have originated from another kind of time's arrow as we shall see later in this article, the arrow of time we experience due to memories and volition is referred to as the "psychological arrow of time".

In physics, time is considered a scaler quantity and scaler quantities have magnitude but no direction, but time a scaler quantity seems to also have a direction, which in our real world appears irreversible and it can be claimed from the fact that there's always a movement from the past, through the present and to the future, not the other way round. Memories and volition might not be the only reasons why time seems to have an irreversible direction, changes occur every moment, the state of an object can change and if we assumed time were to be a real thing, then we label the previous state as being in the past while the new state in the present or the future - if we can accurately predict what it would be later. Here we see time seems to have an irreversible direction, always from the past to the future, our memories only allows us to keep record of what the state was before the change occurred and knowledge of the past helps us through volition to extrapolate what the state might be later - if it's predictable, biologically it helps us make better decisions ahead of time.

However, the laws of physics doesn't say time must necessarily have an irreversible direction, when we study equations that describes changes of other quantities as functions of time, we notice that we are not interested in the direction time moves, we are only interested in the magnitude of time, which means in theory if we want to know the state of the changing quantity in the past we simply input the time's magnitude of the past into the function and we get the result. However, in the real world, we very much take time's direction into consideration, let's assume you came across an object in a particular state and you which to Know practically it's exact previous state before the present state you came across it, the only plausible way is to time-travel to the past to find out, which is practically impossible, we can only wait till we get to the future to know what it would be later. This poses a question,

Why does time seem to have an irreversible direction in the real world ? Or where does time's irreversibility come from ? - note that the laws of physics doesn't say a preferred direction time must move

Another perspective of looking at this is through time symmetry, there are certain physical events that when time's direction is reversed - future to past, the events still looks the same as viewed from the past to the future. An example is the case of a ball thrown up from the ground in a gravitational field, the ball goes up and eventually stops then comes down back to the ground, let's now imagine this to be a video and it is played backwards, you would notice the ball undergoes the same process (goes up and comes down), an observer can't tell if the video is played forward/backwards in time - time's direction is irrelevant. What this means is that the laws of gravity doesn't necessarily require the direction of time. Laws that behaves the same irrespective of the direction of time are referred to as "time-symmetric" laws (or T-symmetric laws).

Investigation into the concept of time's arrow strictly began in 1927 with the work of the notable British astrophysicist Sir Arthur Eddington.

Let us draw an arrow arbitrarily. If as we follow the arrow we find more and more of the random element in the state of the world, then the arrow is pointing towards the future; if the random element decreases the arrow points towards the past. That is the only distinction known to physics. This follows at once if our fundamental contention is admitted that the introduction of randomness is the only thing which cannot be undone. I shall use the phrase 'time's arrow' to express this one-way property of time which has no analogue in space. - Sir Arthur Eddington.

The second law of thermodynamics is a statistical law that only exists in the macroscopic world with it's main ingredient being entropy. According to some scientists and philosophers, it's actually changes in entropy that gives rise to the perceived irreversibility of time.

But what does the second law of thermodynamics actually say ? Notice that the increasing disorderliness in our examples seems (in the real world) to be strongly connected to an increasing time, the highly ordered state is what we label the past and the less ordered state we label the future, if we played the video of our examples backwards, one can easily tell that the event takes place backwards in time due to the fact that it would appear nonsensical, so for the fact that distinction exists, the events in our examples are time-asymmetric.

Like was initially stated, the second law of thermodynamics is a macroscopic law (it comes into play from the many particle perspective - bulk perspective), implying that the time-asymmetry/arrow of time only appears macroscopically, microscopically there is little/no arrow of time - events are mostly time-symmetric. To clarify this, imagine a closed box with gas initially placed at the bottom, because gas molecules are free to move, the gas eventually spreads and fills up the remaining space in the closed box. From a macroscopic perspective, what you observe is that initially, the gas only existed at the bottom of the box and later exists everywhere in the box, both bottom, up and sides. If it were to be a video played backwards, one can tell that the video is played backwards in time - gas molecules goes to the bottom, there's distinction between before and later due to change in entropy, past with respect to forward time is when the gas only occupied the bottom of the container (low entropy) and the future with respect to forward time is when the gas exists everywhere in the container (high entropy). Microscopically - if you had the ability like Maxwell's demon to observe the motion of individual molecules making up the gas, what you would observe is simply particles/molecules undergoing repeated collisions and molecules that went to another part of the container after collision have high possibilities of going back to the bottom after another collision - collision is continuously repeated, playing the video of this backwards, one cannot tell if it's been played backwards/forward in time (you still observe the same repeated collisions), this implies the laws of physics governing the motion of the individual particles is more time-symmetric.

There have been attempts by scientists to violate the second law of thermodynamics, one of the earliest attempts being in the form of a thought experiment called "Maxwell's demon experiment" and originally proposed by James Maxwell Clerk in 1867. 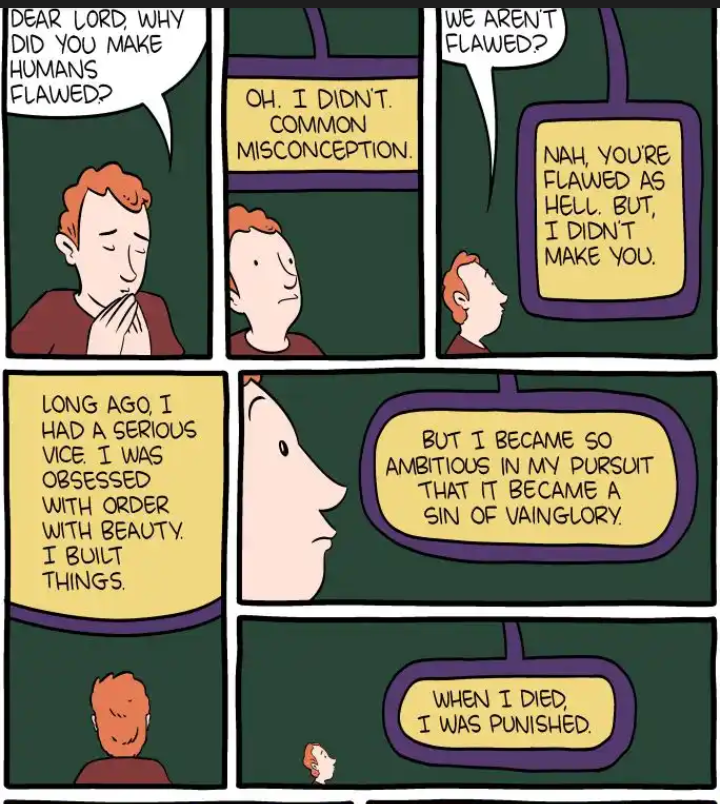 While this experiment seems possible theoretically, it has been shown to be practically impossible, if it were to be possible practically to violate the second law of thermodynamics from Maxwell's perspective and time's direction is strongly connected to the law, then time's irreversibility would be disproved or time-traveling to the past would be possible in the real world.

To be frank, it's not known for sure the reason for time's direction, arguments for the reason for time's arrow that are based on the second law of thermodynamics are nothing but mere speculations, there are arguments against the second law thermodynamics being responsible for our perceived arrow of time and there are other candidate theories like the weak anthropic principle - suggested by Stephen Hawking, that also explains why time seems to have a direction. No explanation has been verified experimentally because the realness of time seems impossible to pin down. 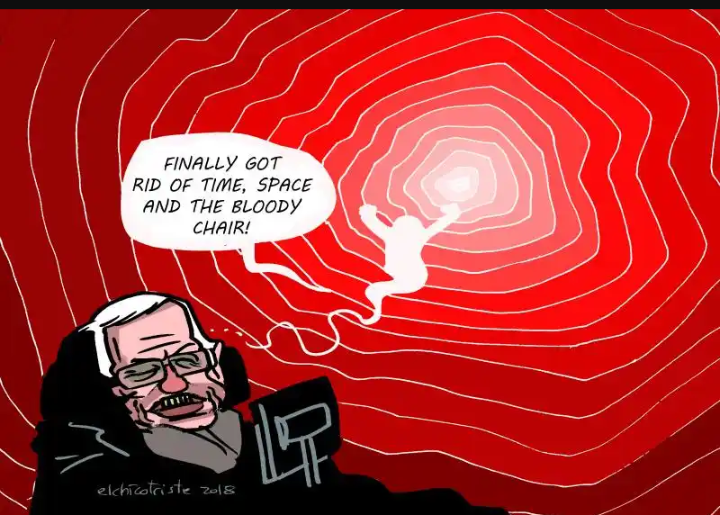 As a matter of fact, the arrow of time paradox is among the unsolved problems in physics and if anyone can resolve the problem, he/she might become Nobel prize worthy or possibly become one of the greatest physicist in history, even Einstein couldn't tackle the problem.

Is the Arrow of Time an Illusion? The paradox surrounding time is simply a lit to read. I have read articles, paper ad books about time, but I still find new interesting argument like what you have presented. If we fully understood time, maybe we are closer to the theory of everything. !discovery 20

I have read articles, paper ad books about time, but I still find new interesting argument like what you have presented.

There are more you might not have heard of, the concept of time is more complicated than was originally thought.

If we fully understood time, maybe we are closer to the theory of everything.

It's what's believed. Some suggests time should be eliminated completely, which might require new physics.