jamesdeagle in #technology • 2 months ago (edited) 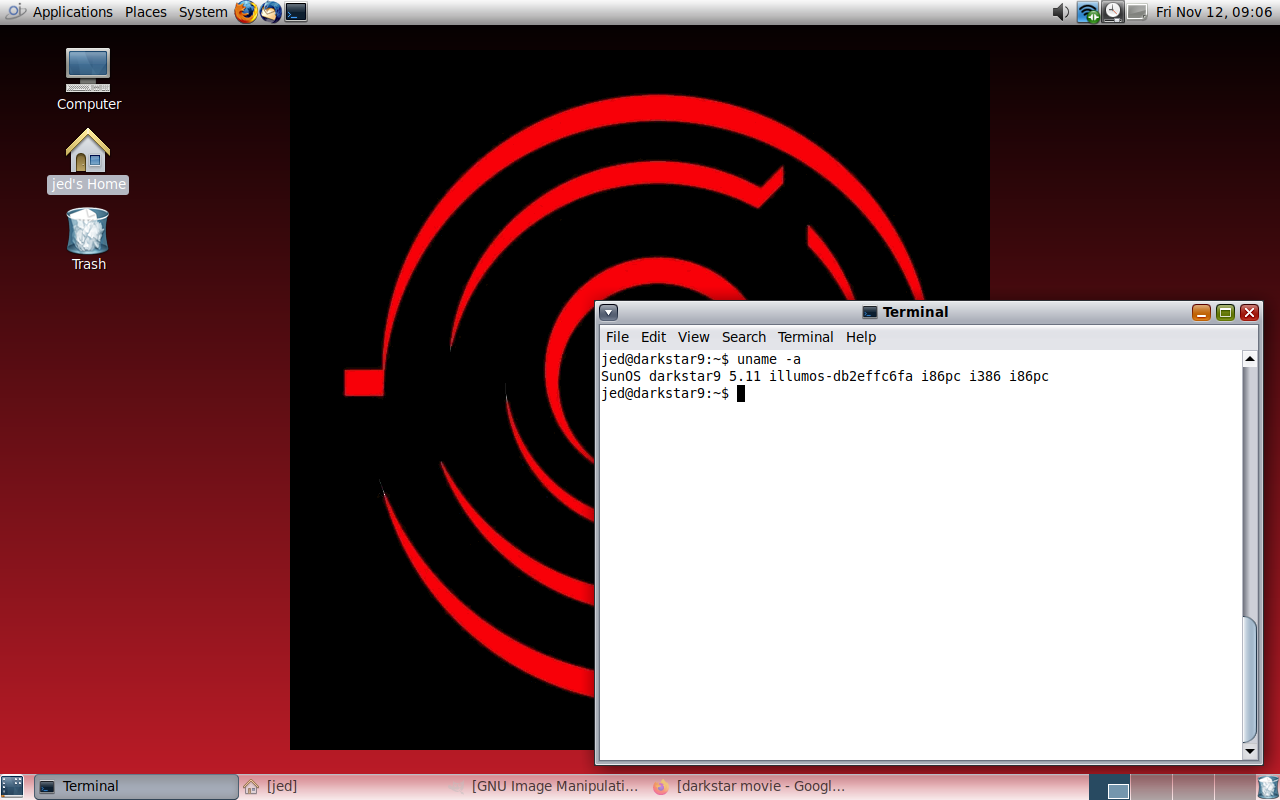 The OpenIndiana Hipster desktop, circa November 2021.

It feels like an eternity since I last ran illumos on bare metal.

One way or another, my previous two laptops simply didn’t cut it — one was a Dell Inspiron (now deceased) with a wifi card that was unsupported by illumos, while the other is an older Compaq that chokes on newer implementations of ZFS. I eventually found a USB wifi adapter that played nice with the former, but that machine’s hard drive was on its final legs by that point, and the latter is running the current OpenBSD just fine, thank you very much.

A week ago, however, I saw an ad on Kijiji for a Lenovo ThinkPad T61 for a mere $100, and considering that I have never stopped mourning the loss of my beloved T61p to a cooked motherboard in late 2016, I wasted no time contacting the seller, and had the T61 booting on my desk within the hour.

As a bit of historical context, illumos-based systems (i.e. OpenIndiana Hipster, Tribblix, et. al.) and their estranged SunOS step-siblings (i.e. Oracle Solaris 10 and 11.3) always ran without issue on the T61p. Everything just worked, wifi and all. And just as I still longed for that departed laptop, I also never lost the itch to immerse myself in all things Solaris/Solarish.

(For the Dell and Compaq laptops mentioned above, systems from the BSD and Linux families were simply what worked and made complete sense under the circumstances. And on the Compaq, 9front worked like a dream. No apologies, no regrets.)

Over the past week I’ve gotten a whole lot of distrohopping out of my system, and while I predict there’ll be more to come further down the line, for now I have OI Hipster up and running, and will be exploring that system for the foreseeable future. (I’ve also tried out Oracle Solaris 11.4 on this box, but I’ll save that decidedly mixed review for another time, as there’s too much I need to say on that topic to fit in this particular space. When the time comes for that screed, I predict it will be philosophical rather than technical.)

And so for this current venture, I started out by installing the 2020.04 snapshot of OI Hipster simply because that was the most recent illumos iso I happened to have on hand, and then followed the usual procedure for upgrading the system to the most current iteration:

Once I got the system caught up, I then added the OpenCSW SFE package repository, and installed pkgsrc via Joyent, and have been tweaking things ever since.

While illumos (and the SunOS legacy from which it descends) is a wonder to behold, it isn’t perfect, particularly in the context of a bleeding-edge rolling release model where things get unintentionally broken and then fixed on the fly from time to time. That is the very essence of “bleeding edge”.

After upgrading the system from the 2020.04 snapshot to be current as of November 9, a day later I updated it again, at which point a bug was seemingly introduced, in that the MATE desktop would crash unexpectedly, leaving me with a bare console that would produce ASCII gibberish punctuated by loud beeps at the command line before the graphical login manager (lightdm) would restart. After getting back into MATE, the whole process would repeat within minutes.

I honestly can’t say if it was indeed a bug introduced by the November 10 updates, or if it was as a result of Yours Truly futzing around where he shouldn’t have. Either way, I logged into the illumos issue tracker and completed a bug(?) report.

One of the cools things about illumos and the ZFS technology it inherited from its Solaris ancestors, is that it allows you to jump back in time in the event of an error-prone update without having to downgrade the entire system. And so at boot time, I was able to simply step back to the last functional iteration until the problem was resolved.

While waiting for this bug report to be processed and responded to, I tried updating the system on November 11, but no updates were available, so I simply stayed with the earlier boot environment (from the November 9 update), and worked mostly in twm rather than MATE in order to head off any more unnecessary crashes. And finally, just this afternoon, I was able to update the system, with 367 packages upgraded.

As of this writing, I’ve been running this machine for several hours in the freshly-updated boot environment, with no issues whatsoever. Perhaps the bug in question was already on its way to being swatted before I even reported it?

For the two of you who are actually reading this (cue derisive laughter from Linux supremacists), I’ll be writing further on my experiences with this installation as well as with my recent fleeting fling with Solaris 11.4, and will then branch out to exploring the current versions of Tribblix and OmniOS Community Edition once my OI Hipster cup is full.