The Pfizer Vaccine will Sterilize your Women! ... No 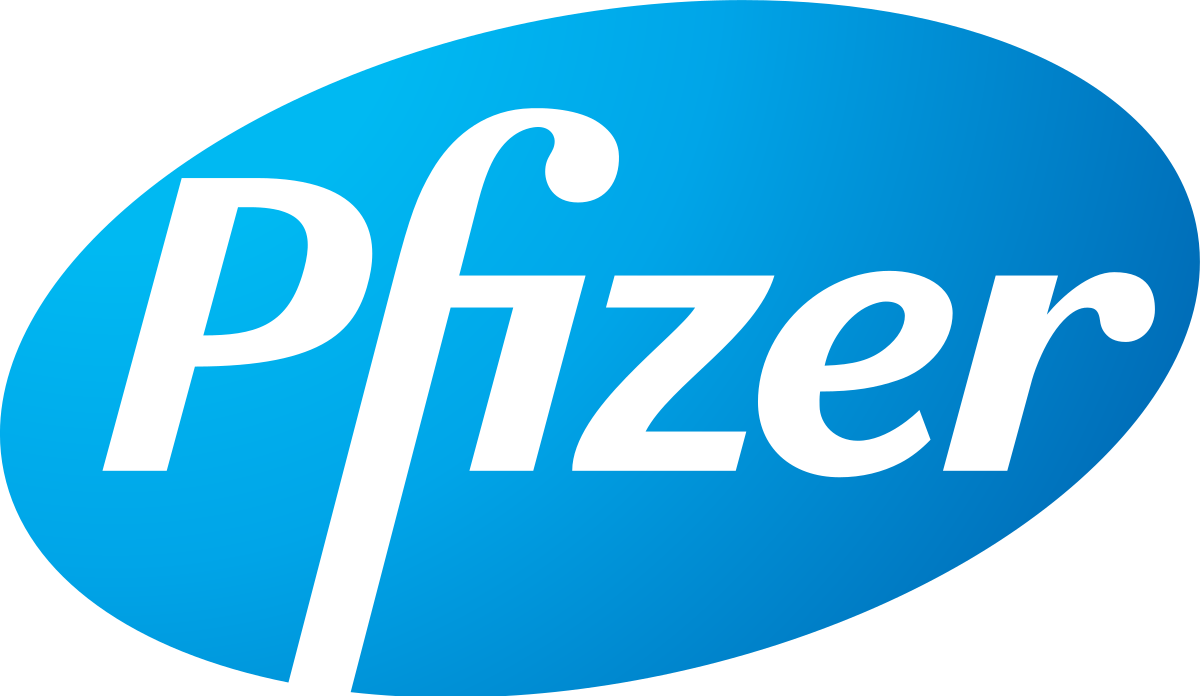 This post is not an in-depth look into the science or anything like that, but I will guide you to the right places. Surprisingly, your standard googling won't actually come up with any proper fact-checks, with the mainstream ones failing quite miserably (at the time of checking).

Google has become increasingly censorious and controlling of what hits the first page, so for anyone frustrated by this, a good idea is to use duckduckgo in order to find your results on such niche or controversial topics. Duckduckgo only applies results according to the pure relevancy of the search provided.

In short, a WordPress blog came out claiming that some legitimate scientists have concerns about the potential sterilization of women through the application of Pfizer's new vaccine.

Now, Pfizer doesn't have the best track record, with a history of unlicensed & unconsenting medical trials on children who ended up dead or permanently damaged (brain damage, etc) in Nigeria, to which they ended up having to pay out $75,000,000. From that, a total of just $700,000 went to just 4 of those victims.

In total, Pfizer has paid $5 billion in similar cases, including corporate corruption as well as healthcare-related offenses, since 2000. Source: violation tracker.org

One of the most famous was perhaps the record-breaking criminal offense of deceitful drug marketing where they would falsely advertise medicine and 'encouraged doctors to prescribe four medicines to treat symptoms the drugs were not FDA approved to treat' Source: Business Insider

By encourage, they mean 'bribe', offering to pay meals, travel expenses, and so on.

So, needless to say, the integrity of Pfizer is not what most people would want behind the vaccine of a global pandemic, especially when rushed through via 'project warp speed' to get things done years sooner than usual.

Should we trust them?

Look, I get it. I get there is cause for concern here, and I certainly disagree with the memes going around that literally tells you to just blindly accept what these government authorities demand you to do. Like, yeah, your Google skills are meaningless if you want to delve into the deep scientific formulas and peer review processes, but Google can quite easily tell you about company corruption, genuine risks and benefits, and so on that one should always be aware of.

But if you actually cross-examine and critically investigate those sources for bias, integrity, history, and so forth. You might actually have yourself a decent viewpoint; far better than simply sitting back and accepting the main narrative. The way of just following the mainstream news is long dead. This is why I think it's vital to have critical thinking as an actual part of the school curriculum. I doubt it'll ever happen though.

To confirm my point, let's go back to the vaccine sterilization issue. The Source came from a blog, and the blog genuinely quotes well-established doctors with a lot of legit educational background who actually worked at Pfizer.

But a quick look into the fact-checking sites and they'll tell you the news is false simply on the basis that he doesn't work there anymore, and that he has peddled nonsense in the past (the virus isn't as bad as the flu, the pandemic is already over - both things demonstrably false). The only other point they raise is that they worded things questionably.

Although this raises questions about the doctor's integrity, it does not satisfy a full understanding of what the doctor said. Nobody on the surface has actually debunked the claim that the protein syncytin-1 will be manipulated and make placental development impossible.

It certainly doesn't help that Pfizer refused to comment!

But this is where google skills and critical thinking comes in. Not finding something on the first 3 results on Google doesn't mean the answers aren't there. Refine your techniques a bit and you might stumble across, say, this.

Here we have a website which does not patronise or demonise, but simply poses the claim and delves into the scientific detail, with a layman's tl;dr at the beginning which states:

This sequence is too short for the immune system to meaningfully confuse it with placental proteins. It’s sort of like saying that you are going to be confused with a criminal because you wear a commonly sold red bracelet that was also found on the criminal. It’s not realistic. If this were true, we would also expect COVID-19 to cause early pregnancy loss a significant amount of the time. The evidence available to us does not support that this is the case. There is no reasonable basis to believe that vaccines against COVID-19/SARS-CoV-2 will affect fertility.

The long version is, well, long. And you can visit the page for the full 3,000-word essay on the matter, backed up with over 20 sources as well as methods for you to investigate in a simple matter on your own.

It would take a LOT of work for anybody to call this out as partisan lies or government conspiracy. Anyone who says that without demonstrating their understanding of such publications is basically saying 'I didn't read it'.

So, as far as we can know, for now, there is no such risk as global sterilization. Women who are, or plan to be pregnant, are very typically exempted from taking vaccines in general, especially ones that need greater societal and long-term data. But this is all the more reason why the rest of us should get vaccinated; to protect those around us who cannot.

And hey, it could be worse, you could be me, in China, where forced vaccination with a Chinese brand vaccine is now inevitable and probably going to happen in the next few weeks.

where forced vaccination with a Chinese brand vaccine is now inevitable

That is insane - I think, everything in China is forced - a classic example of centralization - at this moment, I think, I am not going for any vaccine because the side effects can only be measured after at least a year.

Strongly disagree with your choice, however, I can respect it - not knowing your situation in any way at all.

^^^ the above amiable response is NEVER seen on social media... sigh

But yeah this country is exceptionally centralised. The concept of, for example, shopping around for currency exchange doesn't exist because every bank is state-owned and levelled off to be the same no matter where you go.

This reflects historically during the Mao era. There were stories of model busts of Mao Zedong being sold, and the red guard would complain that one place was selling cheaper than the other. So the government enforced they must both sell the busts at the identical price.

Of course, what happened is they sold at the same price, but just secretly offered bigger and bigger discounts to people who came to shop. Great! Problem solved.

Not sure why I'm rambling about this, but I thought it was interesting. Centralisation to this extend is BS and counter to human nature.

Some antivaxxers might have no option but to set aside their belief and take this covid vaccine. I mean, you either get autism or die from the virus. Choose your death wisely.

Haha yeah. Well, the vast majority won't suffer much, if anything. That's the problem. In a society where the individuals care not about the society outside of what they can benefit from, anything outside of that is irrelevant.

You can actually see this in as simple forms as microbial life which I actually wrote about years ago on here/Steem.

Ultimately, bacteria that grow into a colony, will find individuals take advantage of everyone else doing their part. The more that get away with this behavior, the more it occurs, and ultimately, the balance of 'doing one's part' gets skewed and the colony dies off, reduced to the size of the more selfless individuals who are working together - stability ensues.

Extremely layman's explanation based on a distant memory, but basically, it's Dawkin's 'The Selfish Gene' which now I think about it you've probably read already. But oh well I've typed it now.

The point is, it's a recurring theme. Those who don't play by societal rules will ultimately die off =)

That's an equivalence of evolution by natural selection.

Great to see you linking to ViolationTracker, a great site for tracking corruption and illegal activities.

No doubt Pfizer is a corrupt company topping the list of violations with $5 billion since 2000. I would add that it's not only the constant breaking and bending of the law that we should be concerned with.

Perhaps you're familiar with the term 'regulatory capture', where the agencies charged with regulating their respective industries are dominated by the interests of their industry and do not operate in the public interest. Regulatory capture is part of the cesspool that is Washington DC's revolving door. Government workers move from regulatory agencies to executive positions in the same industry and vice-versa.

Pharmaceutical companies lead the country political donations and lobbying in the United States, ahead of both Big Oil and the defense industry. Lobbying is essentially legalized bribery and Big Pharma has an army of thousands of lobbyists in DC representing their best interests.

This is only one of the latest examples in a long tradition of the incestuous relationship between Big Pharma and the agencies that supposedly look out for the public's well being. Sorry I didn't see this reply!

But yes the system is deeply entrenched in low-integrity systems - but what can you expect when 80 million people voted for the status quo symbol of corporate interests?

Thanks for the extra info - will dig =)

It helps to doubt everyone and everything. My starting point is always one of skepticism. I irritate my kids and my husband because I challenge everything they tell me that they have read somewhere.

In the case of the vaccines, of course I'm skeptical. Public health policy comes before individual well being (in the eyes of the government). I wrote a little book on the history of polio vaccine a few years ago. Polio vaccine is great and necessary. I have been vaccinated, and my kids have been vaccinated. But how many people realize that the Sabin vaccine actually causes polio in a minute number of people? How many people have heard about the Cutter Incident, in which tainted batches of the vaccine were distributed? I don't remember how many people got polio from that.
And so it will go with this vaccine. Overall, public health policy will determine that everybody get the vaccine, and we all just have to keep our fingers crossed.

This is a good mindset, I think. It frustrates me when people just put their hands up and accept whatever the government and corporate interests say, but at the same time, it's worse to just outright ignore it for conspiratorial reasons or whatever.

So yeah I'm like you so much in that regard haha. Friends keep calling me a 'shitlord', which I don't think means what I think they mean, but they use it to mean 'pedantic git' lol