scalextrix in #stemgeeks • 2 years ago

When I saw that the Raspberry Pi Foundation released a new 8GB version last week I had to jump right on it and get one. Rumors have been flying since the Pi4 was released that an 8GB version was in the offing, even being mentioned in a manual, in anticipation I had been holding off getting a new Pi for what feels like a long time.

Value is a funny thing, at £74 in the UK, its quite expensive for a tiny computer, but kind of like Dr. Who's TARDIS, the Pi4 8GB seems bigger on the inside. 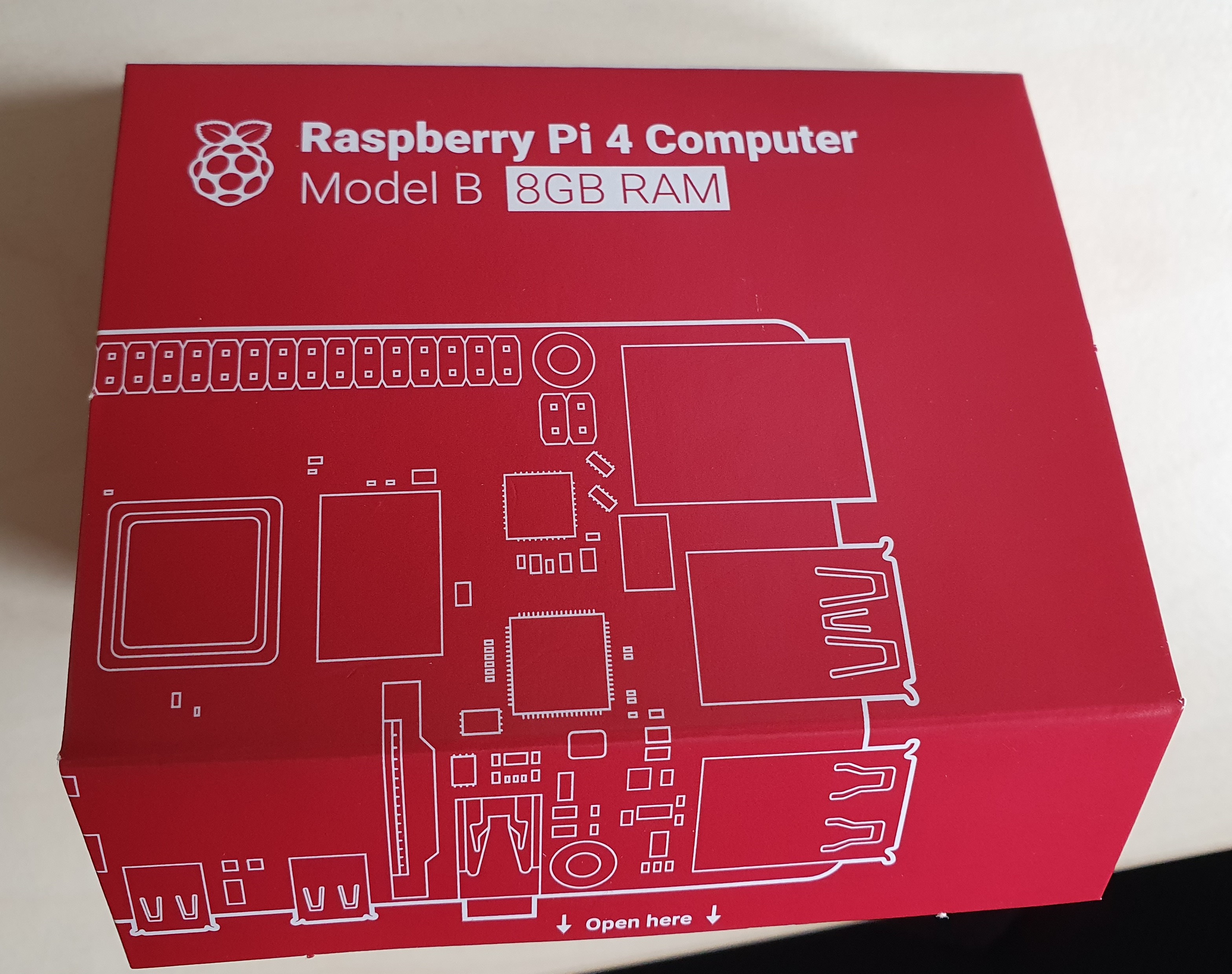 Of course there are a few other costs. I needed a new case to go with it as my other assorted SBC's are all homed in cases, I plumped for the FLIRC Pi4 case. This case has an aluminum upper and a plastic lower tray that screws in, assembly is dead easy and the aluminum upper doubles as a heat spreader meaning (in theory) no active cooling is needed. I swallowed the sales pitch and hoped for the best:

^^ 50 Deg C is pretty good for passive cooling, as you can see there is reasonable load.

Another cost was a new micro-HDMI adapter, I tend to run most of my SBC's headless and just SSH in when I need to, but for the odd occasion when you do want a desktop environment, it can be really helpful for troubleshooting. Finally I wanted another USB3 to SATA adapter, SDHC cards are slow and tend to wear, so any applications I tend to put onto an SSD, fortunately I have an old 120GB OCZ Vertex 3 laying in the drawer: 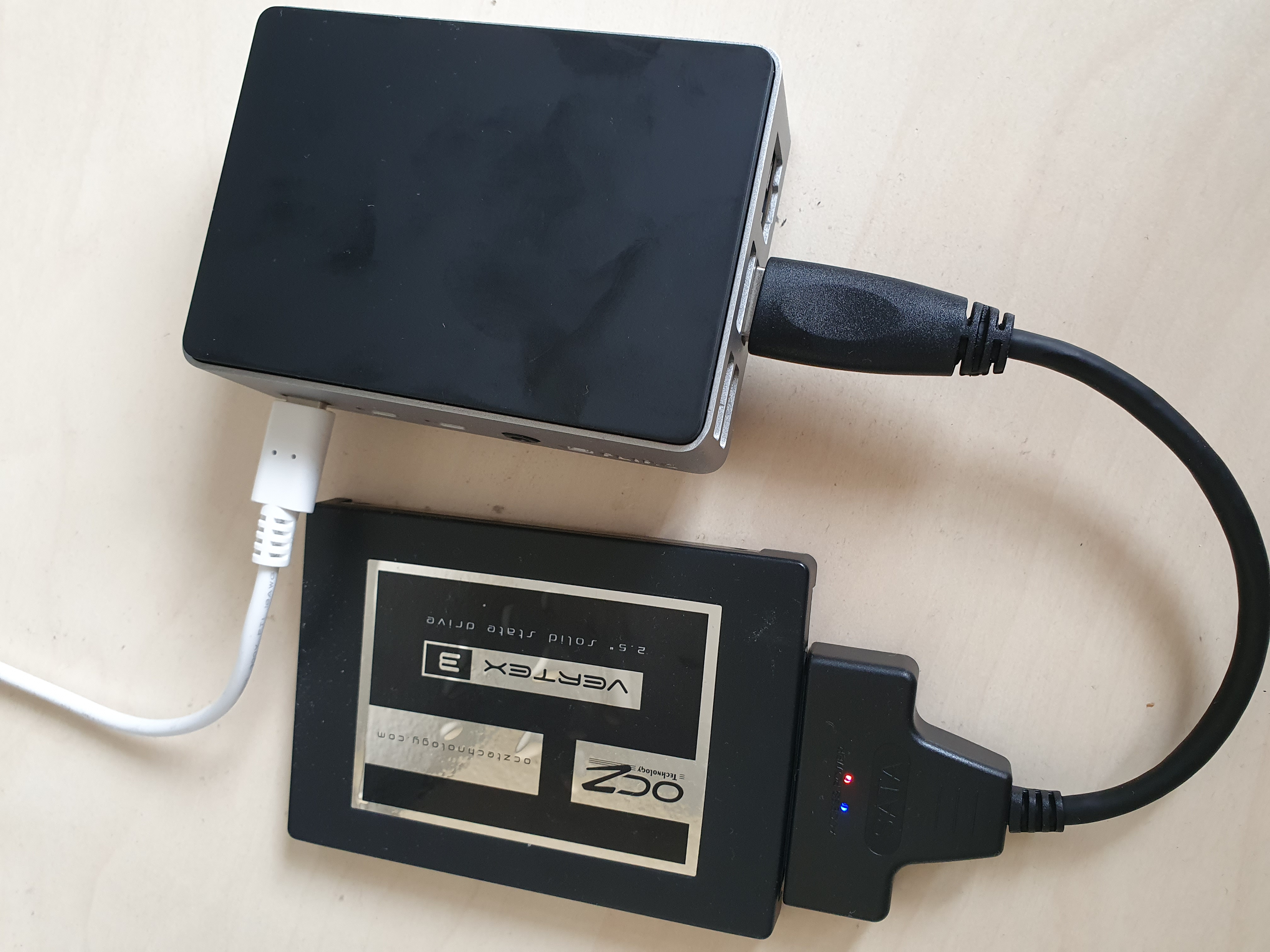 Operating system wise, I have plumped for Ubuntu 20.04 LTS, which now natively supports Raspberry Pis, this is partly because it has a 64bit version which allows full access to the large RAM on the Pi4:

As usual its taken a little time to get this setup and well secured, I modify some stuff around SSH and setup user accounts and access limits, as well as fire-walling and fail2ban as standard. Even though the Pi isn't directly connected to the internet; these things are fairly easy to do and just give that extra peace of mind.

So what to do with the little fella. Well I think this is going to be my premium staking box for my cryptos from now on. I'm seeing that some platform coins are starting to move more to Proof of Stake (as a bit of a green warrior I cant abide PoW), so Im looking to get into some new coins, Cardano is supposedly going PoS in about a months time, and I think that is going to be a worthwhile bit of fun to tinker on the new Super-Pi.

But honestly, do I really need an excuse for a new Pi? No, I dont, haha.

Just ordered a 4GB Pi. Looking forward to playing with these at last.

It feels quicker than a Pi3 for sure, I have not had time to put a desktop on it yet, but I have high hopes it might be pretty good as an everyday driver.

Any word on drivers for a PS4 controller via either bluetooth or USB? I plan to dabble in game emulators.

Im sorry I have not looked into that

I've not got a Pi 4 yet, but this is tempting. I just have to find a use for it. I have a stack of Pis here doing nothing for now. The price with case, PSU etc means it is not such an impulse purchase.

The 2GB and 4GB versions are much cheaper, I think I can make use of the additional RAM, but for most people its probably overkill.

certainly interested in the 8gb of it, maybe as a swap, also with the support for 64 bit and SSD now it seems like a no-brainer to use just as a standalone comms box behind a firewall, just for browsing and video playback, browsing. interested to know how speedy they are.

awesome, i'll keep an eye out for it.