Splinterlands Battle Challenge - The Un-Peaceful Giant will strike back!

It's Labour Day and we have to celebrate the achievements of workers. No better way to do that than a peaceful battle challenge! No more slimy nagas or mushroom people, as this time we have to put to work a well groomed Big Friendly Giant!

The Peaceful Giant is the Splinterlands version of the Big Friendly Giant by Roald Dahl. This neutral card has the perfect as a main tank. It has no abilities and will not gain any abilities when upgraded. He will gain one extra Health Point for every level rise.

With 8 HP for 5 Mana, this card can endure a lot of damage. Used in the right team, the Peaceful Giant can be a game changer! The Peaceful Giant loves the nature and the animals. His hand can hold an elephant and his size will outmatch mighty dragons. His mission is to create balance and defend the weaklings.

But how this hulk help out while being a punchbag? Well... Demonic creatures can hide behind him and drain the life out from the opponents. Malric Inferno was my chosen summoner because he will give +1 Melee Attack. No more Mister Nice Guy, as the Un-Peaceful Giant will slap you back. The Peaceful Giant was my choice of tank, and Fineas Rage was used in the second position. Fineas has Reach ability and high speed, which will be an advantage in this combat. The Kobold Miner with Sneak was selected to spend the 2 Mana left and the Furious Chicken was left at the back to defend the Miner from the opponent's Sneak attacks. 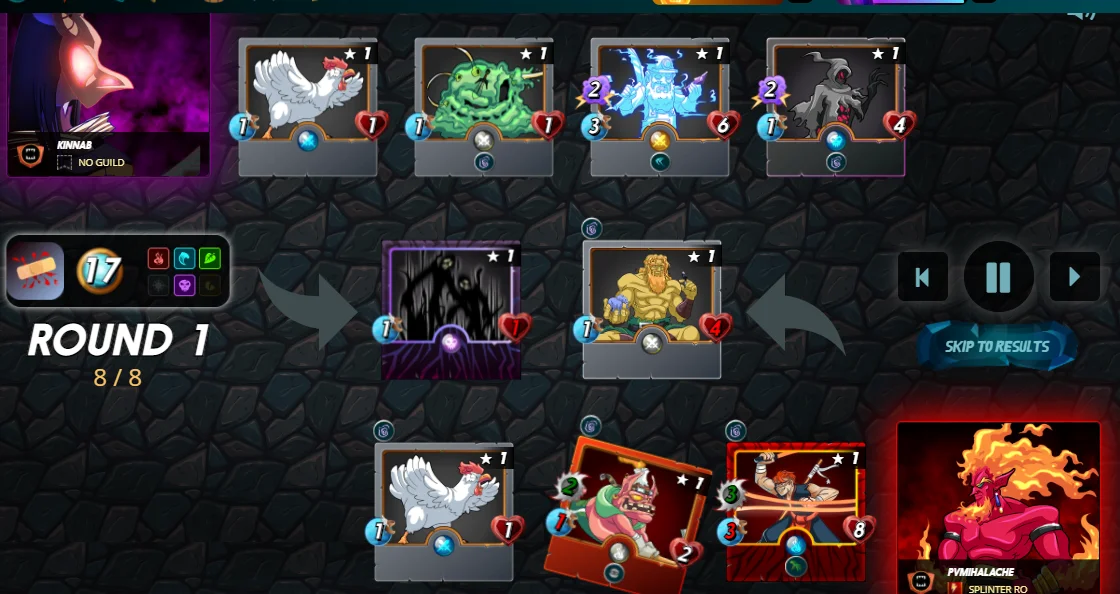 The opponent selected the Death splinter, with casters behind the Shadow Presence. The Presence was the first monster to fell, at the start of Round 2. It was shortly followed by the Giant. It was Round 3 when many adversaries fell under Fineas sword. One by one, he cleared the path towards an comfortable win! See the full battle HERE! 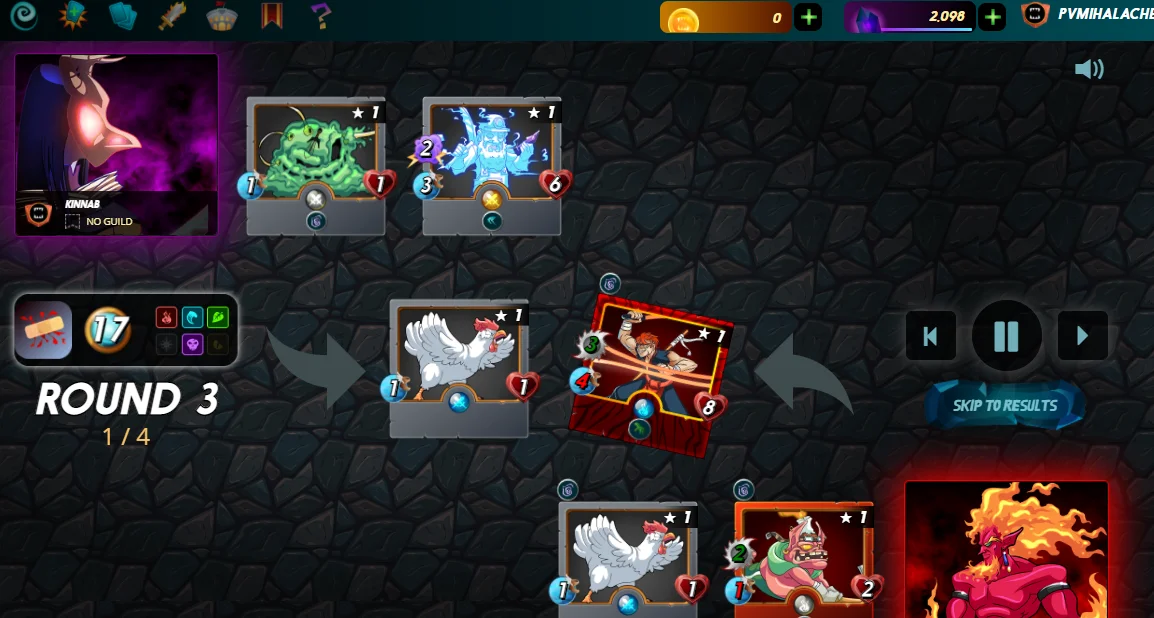 The Peaceful Giant can be used in many strategies and can feed in many tactics. Having big HPs and low mana cost, makes the BFG a real asset for a team. My one was used as a punch-bag, to receive heavy hits from enemies. He gave Fineas Rage enough time to hit from behind and nuke some of the opponents. Well he certainly did his job!

Good strategy! it takes wisdom to use the Giant well. Congratulations and good luck.

Thank you! Took me few months to master some good strategies!