The Controversy Over Hydroxychloroquine and Some Surprising Facts

youhavewings in #science • 2 years ago 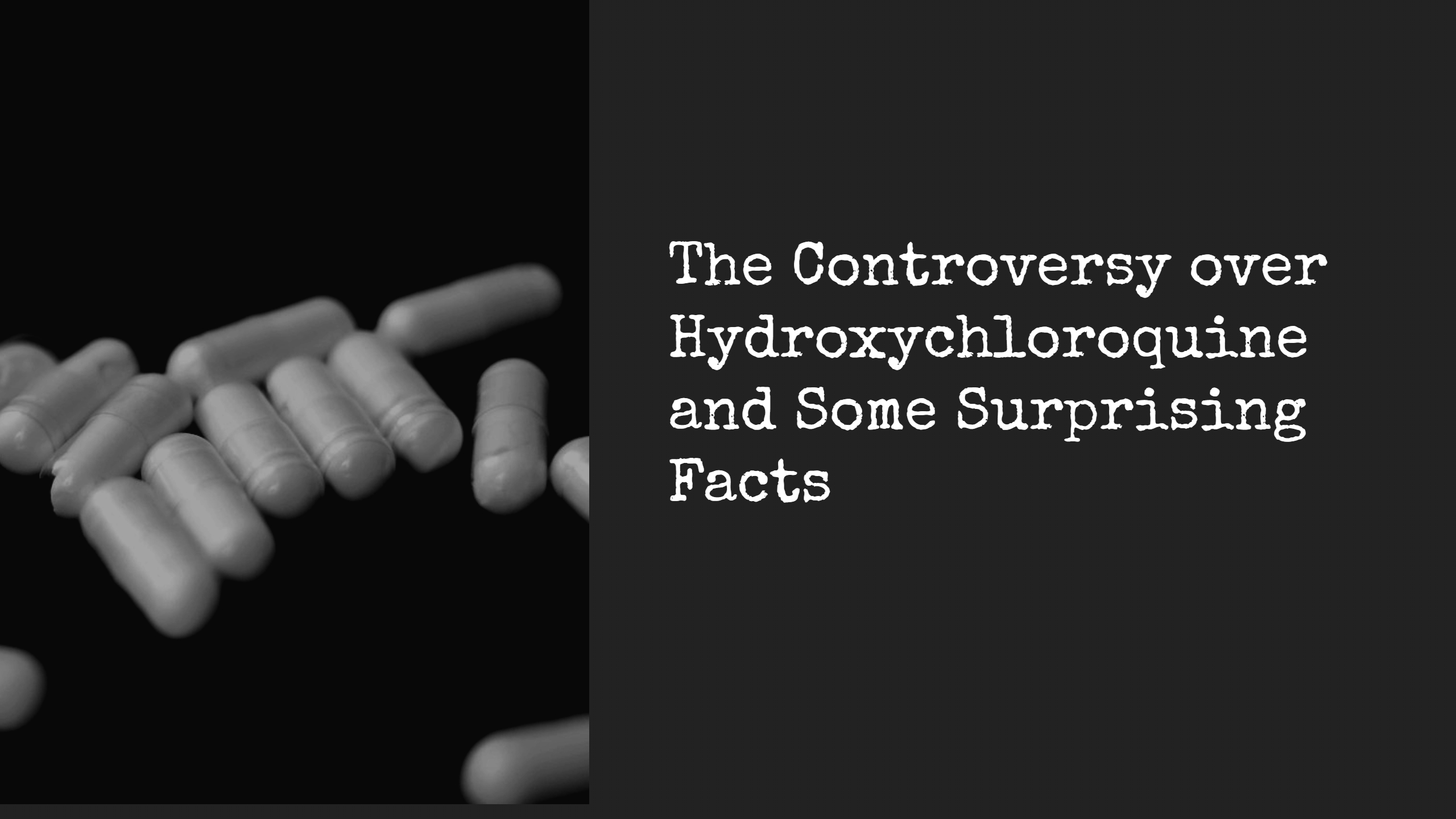 On any given day, you will be inundated with the pros and cons of hydroxychloroquine. The division in opinion is, quite frankly, understandable given the under-reported body of data accumulated over the last 50 years on this ambiguous medication. There are so many conflicting articles, studies and agendas operating that it is difficult to come to any precise conclusion.

In regard to Covid, the cocktail of hydroxychloroquine, zithromax and zinc is touted as the winning combination although I am uncertain why Zithromax is used rather than first generation antibiotics with few side-effects.

Some question the use of hydroxychloroquine for COVID and the push-back against its use from government agencies and organizations, corporations and groups has been nothing short of torrential. In fact, it has been banned in some states so you would quickly get the impression as an observer that this medication must really be lethal (or at least Orange Man Bad), right?

Upon further evaluation, we find that The Lancet and New England Journal of Medicine were forced to retract their studies due to the lack of transparency of the data collected and other inaccurate information.

Further evaluation on the reason for the retraction Source

Part of the retraction was based on non-compliance of sharing the data for audit that made up these studies for review.
Source

Incredibly, the company that refused turning over the data (Surgisphere) used for the Lancet and New England Journal of Medicine studies, quickly closed their doors....hmmmmm Source

By 26 May 2020, doubts were raised that a company based in a rented office could have access to legitimate data.[36] A July 2020 article in New York Times described an employee extracting data manually to create a spreadsheet for Surgisphere's QuartzClinical. She was "surprised" by claims of a massive datastore, stating she knew of only a single hospital that had signed a contract with the company; the May 1 paper in NEJM claimed to use data from 169 hospitals across the globe, and the May 22 paper in The Lancet.[37]

A parallel investigation by the British newspaper, The Guardian, revealed that several of Surgisphere's employees had little or no scientific background; one employee appeared to be a science fiction author while another, listed as a marketing executive, was an adult model. The Guardian also found that Surgisphere's LinkedIn page has fewer than 100 followers and in late May 2020 listed only six employees. It also found that the company had almost no online presence and that its Twitter account had made no posts from October 2017 to March 2020.[12]

Despite this notable error in judgment by reputable medical journals, the data retrieved from Surgisphere (claiming obtained from over 1,000 hospitals worldwide) formed the basis for changes in decisions and policies made by WHO and other research institutes to halt all trials of the controversial drug hydroxychloroquine.

Regarding the founder of Surgisphere:

Dr. Desai has been named in three medical malpractice suits, unrelated to the Surgisphere database.

Additionally, according to LinkedIn, Surgisphere has five employees, only one of which has a medical degree—the founder, Dr. Sapan Desai (who has very questionable ethics).

Another strange artifact of the Surgisphere story is actually the lack of artifacts if you are hunting down their online presence. Even utilizing The Wayback Machines leads to an empty rabbit hole.

Perhaps more insidious is the fact these fabricated studies on hydroxychloriquine led to the drug being demonized and used as the predicate by WHO and medical institutions to deny doctors the choice in prescribing it to their patients.

Additionally, little has been retracted to correct these false studies in the media and press. 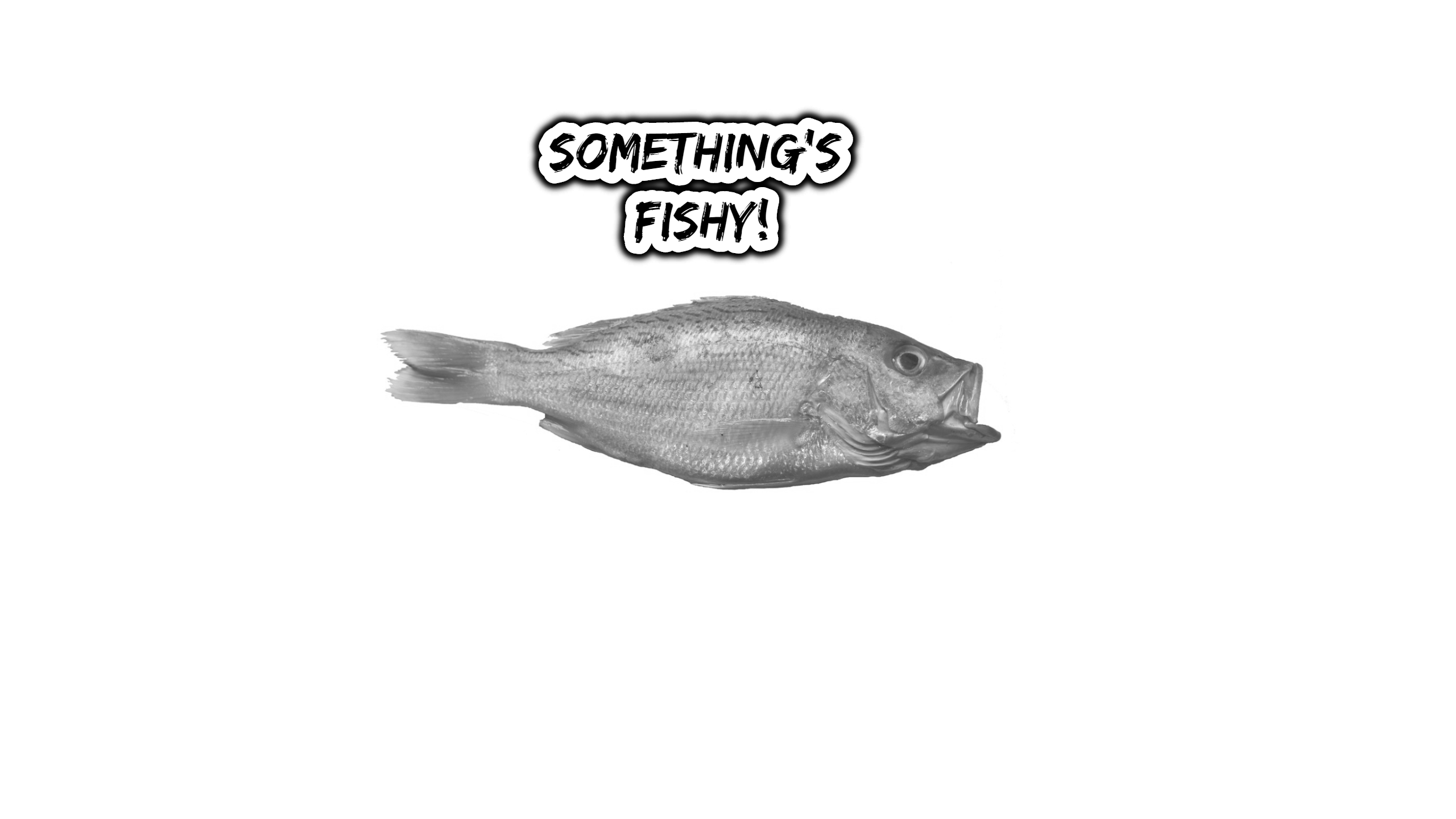 Despite hydroxychloroquine's controversial celebrity in recent months, this 65 year old drug has had quite a positive history primarily for it's anti-malaria applications.

It also happens to be a favorite treatment for Covid in its low-dose form along side zinc and zithromax. More doctors than I can count praise it for saving many, many lives as well as lesser known treatments such as the infant asthma steroid, Budesonide. The public is just not getting the full spectrum of treatments and perspectives available.

3 countries are using this method and have extremely low mortality rates - Singapore, Taiwan and Japan

Looking at these numbers clearly supports the use of hydroxychloroquine and it's ability to stave off negative outcomes.

Why would Hydroxychloroquine be so effective?

Because it is a 65 yro drug that has a long and successful history as an anti-viral with relatively few side effects.

Do we really need the WHO and other conflicted sources to tell us any differently when there is clear evidence and current evidence that it does prevent negative outcomes?

Not when the studies are being unfairly demonstrated toxic level doses of hydroxychloroquine to discredit its use in COVID with several government agencies jumping on board to warn against it.

We already have 65 years of data, toxicology studies, efficacy studies

Again, this drug has been around for 65 years and is used in a variety of diseases including Lupus and other autoimmune diseases and in 'small doses for long-term. In the case of COVID, administration of the drug in short-term applications with even smaller dosing that is typically administered in auto-immune diseases should have less side effects.

Now that we have covered the pros and cons of using hydroxychloroquine in COVID patients, let's step away for a moment and look at the broader picture.

(I think this is where you will find the reason why there is so much push-back against this drug - besides Orange Man Bad).

It would seem that Hydroxychloroquine cures or retards the growth of cancers, auto-immune diseases, connective tissue diseases, diabetes I and II, neurological diseases - Across the board improvement and significance! Don't take my word for it, read till your heart's content these patents.

Don't you find that odd? 23,000 patents on a drug the FDA recently denounced based on faulty information?

Why would an antiviral medication help unrelated illnesses and why would these illnesses be around for so long without a cure? Especially when we know more about the body, molecular and gene sciences than ever before. My goodness, we have already mapped the genome and we can't figure out what causes these diseases and what cures them?

Here's what I know from both my personal experience and that of others and years and years of research and education:

Nearly all diseases that afflict the mass population (including our beloved animals) originate with viral infection.

Viruses linked to the above diseases:

Hepatitis A, B, C and E Virus

Since viruses are capable of transovarial transmission, from mother to offspring, they can also be passed on from generation to generation.

If nearly all our common diseases are caused by viruses and Hydroxychloroquine is patented to help in these diseases, it doesn't take a rocket scientist to figure out that this drug could devastating financial effects on the medical industrial complex, non-profit organizations raising money to 'find' cures and those that hold patents on other drugs and treatments as well as bonds investors are invested in on these diseases (including pandemic bonds). Personally, I've beat a few of those viruses on that list by simply improving my immune system and taking natural antivirals. I have antibodies but no active disease.

However, if a person is in the position where time is a limited resource and they are looking at possible
death, they have every RIGHT to 'CHOOSE' something that will very likely help them survive.

Again, since Hydroxychloroquine is a prescribed medication and not over the counter, a doctor would be part of the decision-making process. To dis-allow a doctor's decision-making abilities is also to question the education of medical doctors and the institutions that supported their education..

Equally, to deny a person access to a therapy that might save their life, is nothing short of medical tyranny. Granted, we already have this in spades here in the U.S., but this could help turn the tide and put an end to the devastation this virus is doing to the health and stability of countries world-wide. It would bring freedom back to the table as well as the pursuit of happiness and human dignity.

23,000 patents vs agencies/organizations/corporations/shareholders that stand to gain from preventing the mass use of Hydroxychloroquine.

The idea that the majority of diseases today are caused by viruses, should grab the attention of every person on this planet and force the question, why would there be such a monumental, crusade and manipulation to exclude an anti-viral medication like hydroxychloroquine from the treatment of COVID?

What doesn't it cure?

"Current and Future Use of Chloroquine and Hydroxychloroquine in Infectious, Immune, Neoplastic, and Neurological Diseases: A Mini-Review"
https://pubmed.ncbi.nlm.nih.gov/29737455

And BOOM on Fauci, Gates, WHO, CDC, Birx and PEPFAR

I would take hydroxycholoroquine and zinc as well as chlorine dioxide if i got COVID.

I think it's important that we have a choice to choose and that we have access to alternative treatments. The statistics on the ventilators are far too bad. That's what I don't understand.....90% death rate put on a ventilator but hydroxychloroquine isn't worth putting on the table. I think there are a lot of alternative treatments that we are not hearing about. I have a friend using chlorine dioxide :)

Many of the points you make are valid and factual. Surgisphere is a bogus hack, and anyone that cites it's 'study' is a hack too.

However, Hydroxychloroquine hasn't been used as an antiviral before. Viruses aren't alive, like cells are. This is why biocides don't stop viruses, while killing living things.

Just thought I'd try to clear up confusion you seem to have regarding what viruses are, and why antibiotics aren't useful against them.

I very much appreciate your response, @valued-customer. That is right - viruses depend on a host cell. Which can be quite confusing considering all the fear regarding spread. There have to be particles from a sneeze, cough. Anti-virals tend to disrupt replication rather than cure. I would be more interested in other alternative therapies like light or frequency but we live in a pharmaceutical world, soooooo

For most, this medication used in its proper protocol seems to not only help in the early stages of covid but also in other illnesses that seem to be linked to specific viruses - I find that incredibly hopeful.