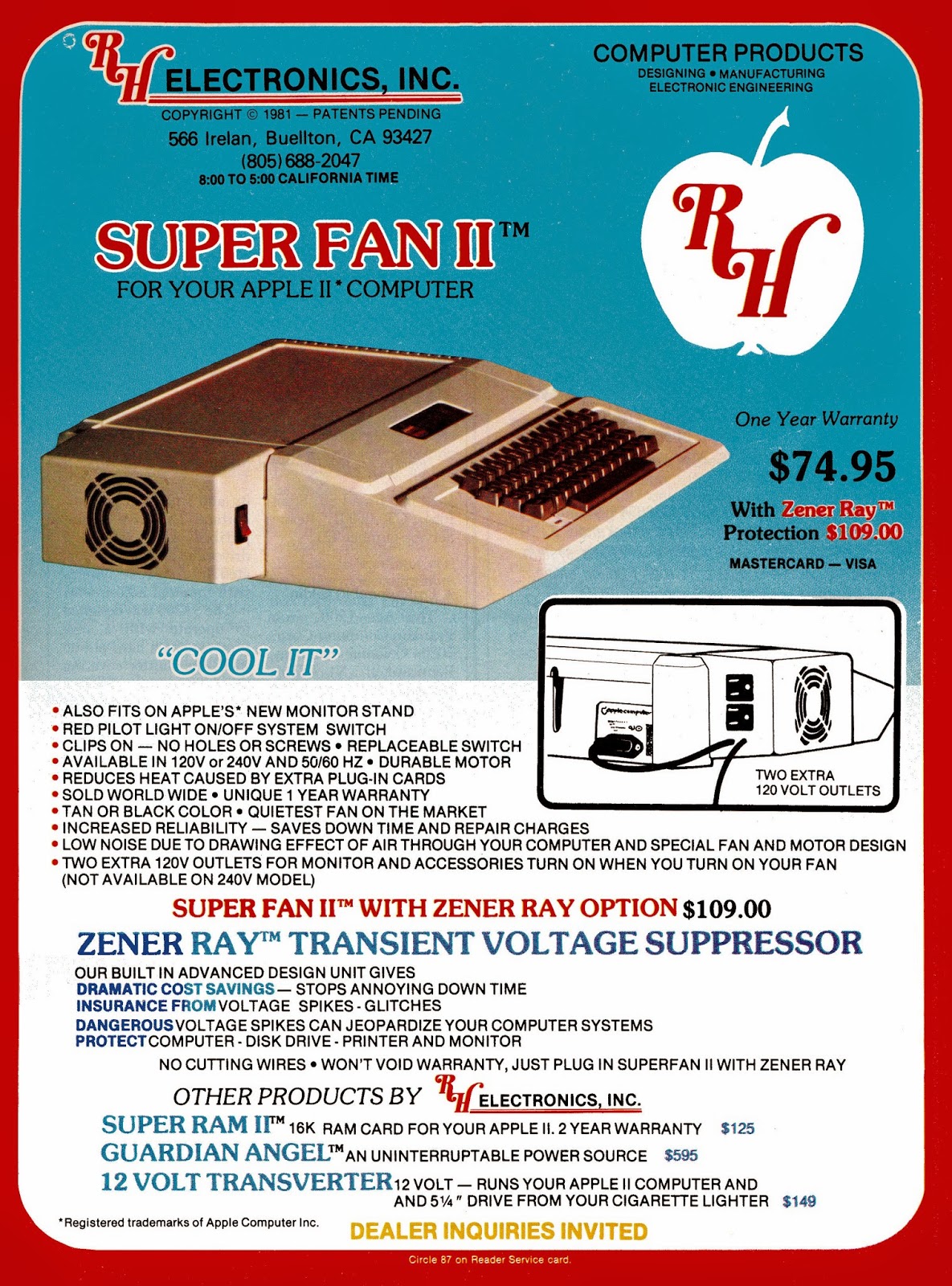 Exotic cooling solutions for computers are not just a modern phenomena. Most 8-bit computers didn't have any fans and may or may not have included heatsinks on the CPU or other chips. Nevertheless, in some cases these chips could get quite hot and we all know heat is an enemy of electronics.

I remember my friend had a Commodore 128D which is the Commodore 128 model with a built-in 1571 disk drive. For some reason, his tended to have heat related lock-ups so he always had a desk fan pointed at the power supply and back of the computer. I don't know how common this problem was. I had a Commodore 64C and it never had any heat issues that I am aware of.

This 1983 ad features a fan that mounted on the side of an Apple II for cooling. It claims to be quiet and aid in cooling but there are no specifics. In most cases, these computers didn't need active cooling but I suppose even a little could go a long way in extending the life of your computer. However, the Apple II has internal expansion slots and if you have multiple slots filled with add-on cards I can definitely see how this could generate more than the typical amount of heat creating the need for more cooling.

Today you can get a case fan for as little as a few bucks. You weren't so lucky in 1981. This "Super Fan II" would set you back $74.95. That sounds like a lot and when you factor in inflation it is even more. It's the equivalent of about $200 today. Imagine, $200 for a case fan...makes the absurd GPU prices we have today seem almost reasonable. Of course, I suppose it was a bit fancier than your typical case fan today.

If you had money to burn, you could go for the Super Fan II with Zener Ray Option for only $109 (that's roughly $291 in today's dollars). The "Zener Ray(tm)" sounds like some sort of sci-fi weapon but it was really just a transient voltage suppressor.

The above ad is from the March 1983 issue of inCider magazine. The inflation adjustment values come from inflationtool.com.

Submit
0.00 STEM
567 votes
Reply 1
Sort:
[-]
poshtoken  2 months ago
The rewards earned on this comment will go directly to the person sharing the post on Twitter as long as they are registered with @poshtoken. Sign up at https://hiveposh.com.
100%
-100%