darth-azrael in #retrocomputing • 15 days ago

This post includes the contents of USERBRD.DOC dated October 20th, 1985. This appears to be some announcements about a trivia contest, including the rules. I'm guessing these were announcements that might be displayed when the user enters the SIG but having never used Delphi I don't know exactly how that worked. 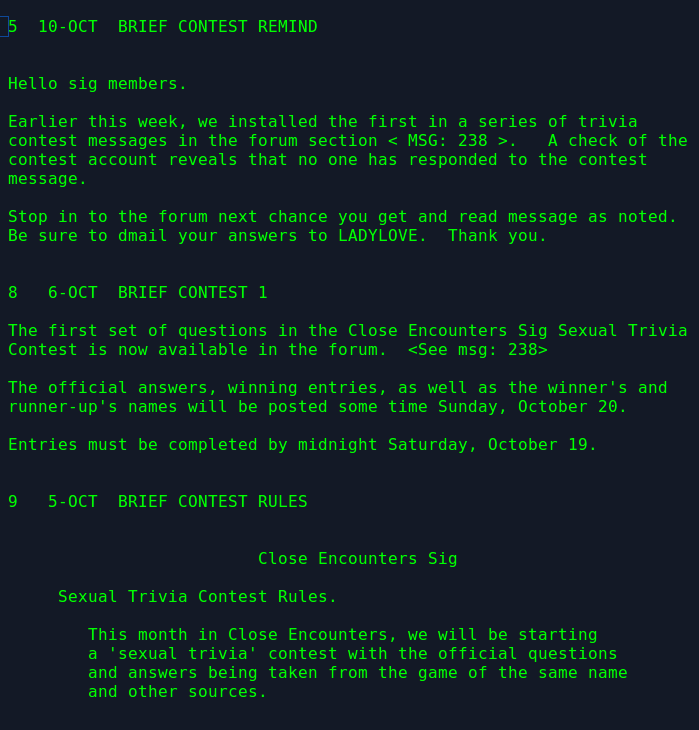 Submit
0.00 STEM
43 votes
Reply 2
Sort:
[-]
poshtoken  15 days ago
The rewards earned on this comment will go directly to the person sharing the post on Twitter as long as they are registered with @poshtoken. Sign up at https://hiveposh.com.
100%
-100%