This post includes the contents of FOR212.DOC dated October 23rd, 1985. This appears to be a series of forum messages from the Close Encounters SIG (probably a buffer capture of a reading session). It contains messages from early October 1985. There are a variety of topics here ranging from fantasies to personal ads to theology and more. 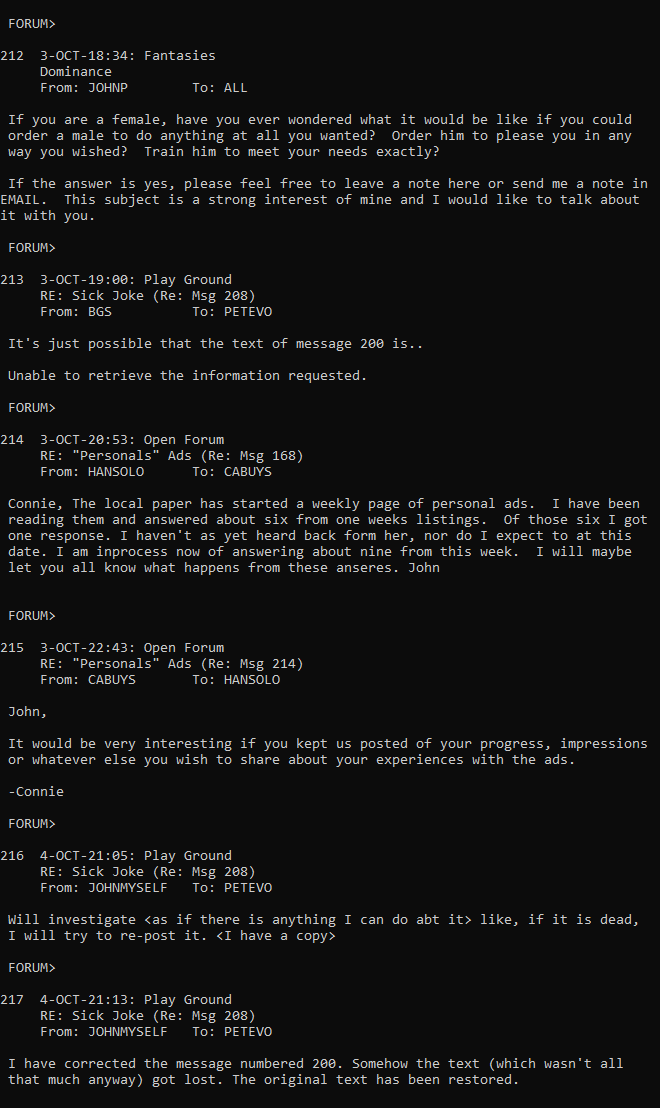 Submit
0.00 STEM
57 votes
Reply 2
Sort:
[-]
poshtoken  last month
The rewards earned on this comment will go directly to the person sharing the post on Twitter as long as they are registered with @poshtoken. Sign up at https://hiveposh.com.
100%
-100%