This post includes the contents of VENDORS.DOC from November 1985. It contains an announcement of and some discussion about a new shopping area on Delphi. 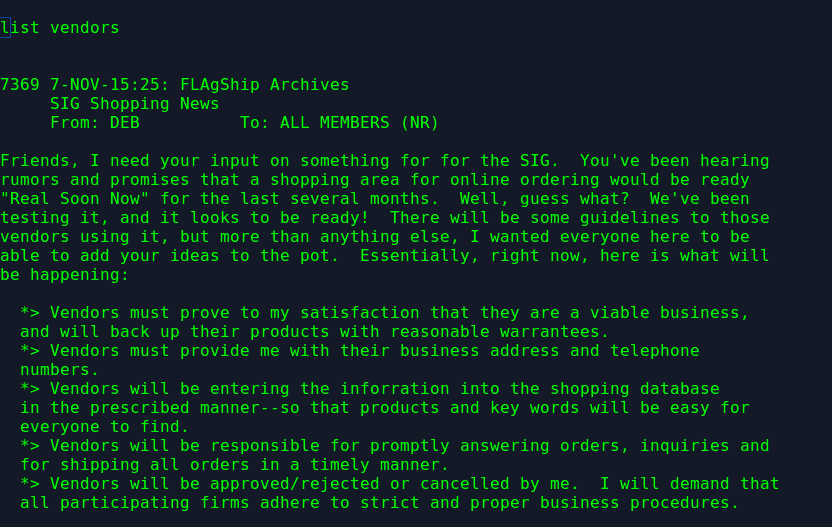