What if we're not good people?

honeydue in #psychology • 10 months ago

The way people conduct themselves in relationships has been a long-standing fascination of mine. I remember one of my very first posts here, or rather, on ye olden platform, was something about why people cheat in relationships. I was appalled at the time, but then, I was only 18, I think. Down the years, my attitude has grown more flexible, I suppose, but the issue's never stopped fascinating me. Largely because I come from a long line of romantic fuck-ups myself, so I guess I've always wanted to know how much of that is genetic.

I found a study that says your bloodline can actually determine how likely you are to cheat on your partner. It's all about how your brain processes this hormone called vasopressin which, understandably, is genetic. So basically, if your parents or ancestors cheated, there is a good chance you might, also.

Similar studies suggest it is primarily your mother's fault, and that you mostly inherit certain relationship predilections from the mother - though the study itself seems to be unclear on the one matter that weighs on my own mind. Is it nature... or nurture?

For instance, while they way you behave in a relationship might be related to how your body and specifically your brain are built, they might as well be the result of how you grew up. Sure, maybe you had a mother who frequently switched romantic partners, or a father who struggled with infidelity. And maybe, growing up, you find yourself in much the same predicament - but is it because your brain is built similarly to theirs? Or is it because you grew up with them, because your very first, and most important, relationship standards were set by these flawed people?

Or is it, perhaps, both?

And most importantly, does it matter?

It's very tempting to blame your progenitors for your own faults, and most of us do that, to a certain extent. It's always easier to say "oh, I got it from my dad". Because then, it's Dad's fault, and you don't really have to be held accountable.
But how long can that work, before it becomes just another sad, empty excuse? 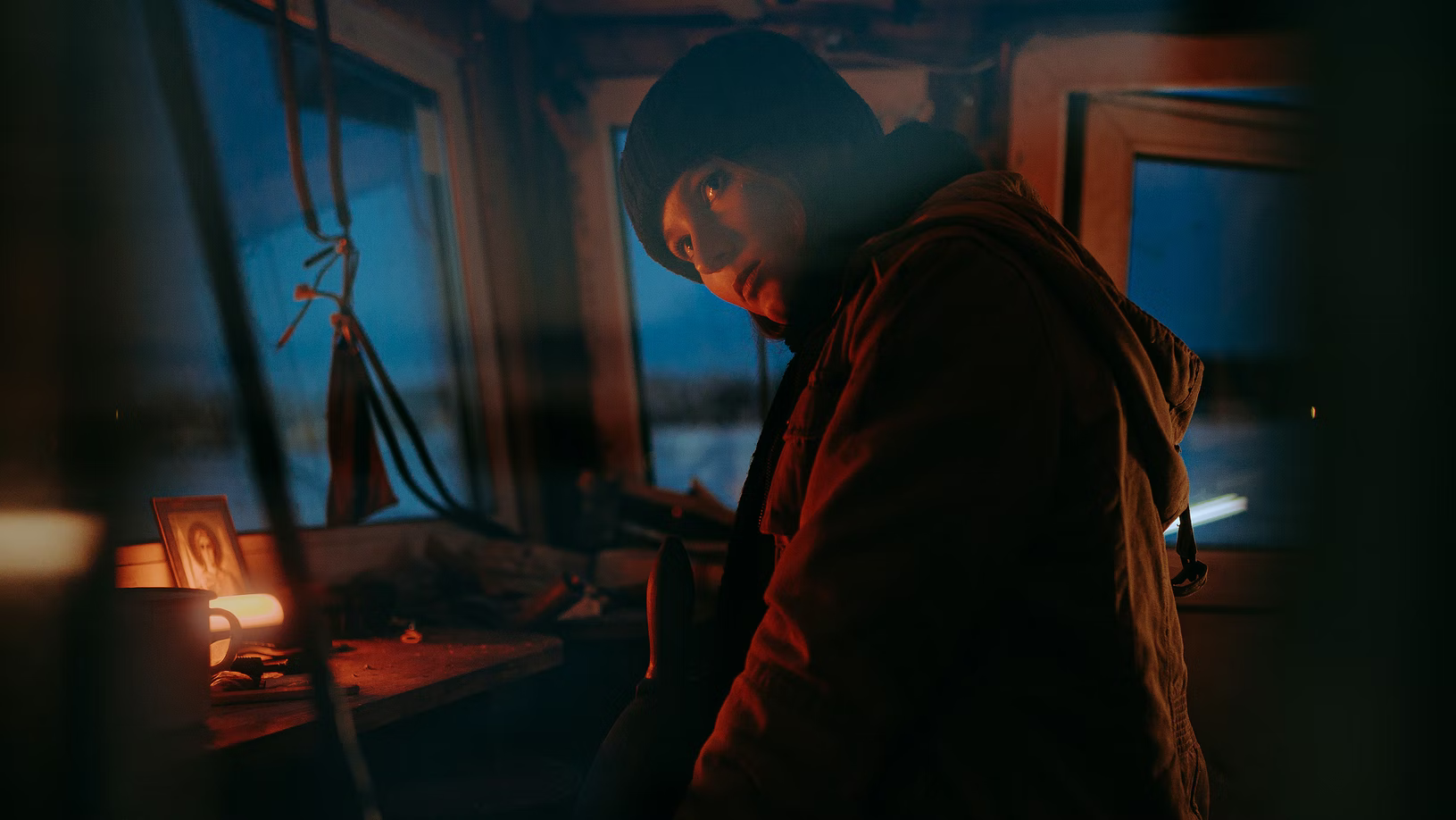 Photo by Maksim Istomin on Unsplash

My grandfather, who's always held a nigh mythical position in my mind, was a notorious ladies man. If such studies are to be believed he must've inherited some genes or witnessed some behaviors that turned into the patterns that defined his life. At the same time, his actions hurt people. His children, as well as the women in his life. His children, in turn, went on to hurt the people in their own lives through similar behaviors.

How long can this blaming the past be a reasonable approach? And at what stage do you "man up" and admit you hurt someone not through genetics, but by choice? A deliberate, active choice inside your mind that condoned a certain action or behavior.

Well, I guess it's a natural progression to that point: first, there's admitting to yourself that this might be the case. That you might not be good people. Or at least, you might be flawed, not very nice people. 'Cause I think that's where we're often wrong. We all start off with the assumption that we're the same model, more or less. Except we're not. Not really. We've got some basic similarities and common features, but in the deeper, more intricate sense, we're rather quite different. We lean different ways, so to speak, and maybe if we started out thinking that, making our own way in life would be a whole lot easier.

Second, there's the deciding point. Because once there's consciousness of this certain pattern (maybe you're more predisposed to alcoholism, or workaholism, or laziness, or loud belching - it can be anything that you can reasonably change), you can either choose to accept it, or fight it. Trouble is, we often mistake this "accepting it" with absolving ourselves of any guilt. Oh, it can't be helped. I inherited it. Except that's not right, either. You inherited it, yes, or maybe you learned it when you were small. But it's never too late to unlearn it. You're rolling with it because it's convenient, maybe, but you're still essentially culpable.

Me, I think I'm trying to find a balance here. I think there will always be parts of me whose knee-jerk reaction is, essentially, wrong. Maybe that can't be helped. Not the impulse, at least. I think I could correct some of those impulses, or at least, learn to work against them.

Most of all, I'm learning to accept that the people we come from aren't just faces on the wall. They're flaws, and quirks, and fears, and talents. And they're quite likely to haunt us more than any imaginable nightmare.

What is it about Slash randomly hanging out on street corners, magically solving shit?

Our parents influence us so much, whether we want to accept it or not. Their relationship, sets the foundation for our future relationships, but one we understand that, then we can learn from them and begin to break the cycle. We all have choices to make, and taking that responsibility on, is the first step in creating change.
Wonderful to read your thoughts on all of this @honeydue xxxx

I agree :) It seems harder than we expect, breaking that cycle, largely because we often don't even catch on to all the kinks we've inherited until very late in the game. Thank you! I'm glad you enjoyed :)

I think there will always be parts of me whose knee-jerk reaction is, essentially, wrong.

Wrong by what measure? Who's the judge?

It makes sense, evolutionarily, that there would be different strategies. Monogamy and family values are reproductively successful. You can build wealth over generations and assure that your grandchildren benefit from the good decisions your grandparents made. But if we all did that, I'm not sure the world would hold together. You'd get resentment, feuding, war between tribes as resources concentrated among a few families.

So the other strategy would be to just remix our genes in as many ways as possible, and figure, well, someone's going to come out okay.

Personally, I reacted against my mother's promiscuity (three kids with three different guys). I guess I wanted some stability; that's why I got married 25 years ago! (That's not the only reason, of course...)

Then again, we're not having any kids, so... genetically the strategy didn't really work out!

It makes sense, evolutionarily, that there would be different strategies.

Well, when you put it like that... you're right. You know, it's funny, we like to think we're so evolved that we can't judge these things in "caveman brain" terms anymore, when in truth, it's so much of our caveman subconscious that's still running the show, essentially.

I guess when you look at it from the angle you outlined, establishing what's "wrong" is a bit trickier. You know, there's a lot of discussion it seems, in podcasts and such, with one side arguing for traditional family values and "manning up" and all that, while the other side increasingly leans towards sexual promiscuity and dismantling all that - I guess that's just the latest installment of this age old social division of monogamy vs. "sowing your seeds"...

It's fascinating how genes, which are selected on the individual level, can create differing phenotypes that fulfill roles to help a population succeed on the group level. Like: we need extroverts and introverts; things would collapse if we didn't have charismatic leaders, but the thoughtful introverted types drive a lot of advancements. We need highly sensitive people who have extreme reactions to stimuli, but we also need folks who can just power through a challenge without getting all jittery about it. We need morning people and night-owls, because someone has to stay up late and guard the cave. And yeah, I think we need promiscuity and monogamy too.

You'd think all traits would be one-sided. There's really not much use for a slow gazelle, or a peace-loving tiger. But the "high sensitivity" trait is really interesting. Apparently it's genetic, and we're either one or the other (about 1/6th are "sensitive") -- nobody falls in the middle. (Where the other "big five" personality traits are more of a spectrum.) And this division has been found in just about every mammalian species that's been tested.

I wonder what other bi-polar genetic splits are stuck in our genome, and how many we share with other animals.

because someone has to stay up late and guard the cave.

This is the nicest explanation of the night owl that I've heard.

That's so strange. Though I wonder, wouldn't the "power through" types be more beneficial, from an evolutionary perspective? I liked the "Do you have a rich and complex inner life?" question on the self-test....made me wonder what kind of people would say no, I'm a bit boring, really.

Probably. But if everyone just powers through, and nobody takes the time to work out that they're powering towards a cliff, everyone dies. That why societies need a few highly sensitive people - so they can recalibrate.

Your work proves otherwise. However, I've found it helps to be a bit boring on the outside. Saves energy for what really matters!

I know we are highly influenced by the way were are raised, what we see, hear and experience. It is also true that some follow the same path, while others, once matured, realize they can make their own new way, letting go of the toxic parts to enjoy a better life.

I also think it is somewhat human nature to try to justify whatever we choose to do, including blaming it on all the "I can't help it because......"

Still, there is no way to not make some mistakes along the way. There is a lot of learning and adjusting to become who you are.

I liked the music video. I don't remember hearing/seeing it before.

Still, there is no way to not make some mistakes along the way.

I've always been a big proponent of making your fair share of mistakes :) I mean, even if you end up doing the wrong thing, you'll still learn something, so guess that's alright.

I liked the music video. I don't remember hearing/seeing it before.

I was the same, very strict with my views and morals (both towards my own and others actions) but now I see more nuances and can even understand some people who do cheat.

I think the older you are and the longer a relationship is, it really comes down to choosing to do the right thing even though you might have urges to act otherwise.

Isn't that strange... you'd think the older one gets, the firmer ones views would become. Instead, children seem to have the firm convictions, while older folk get all the nuance :)

it really comes down to choosing to do the right thing even though you might have urges to act otherwise.

Definitely. And to live with the consequences of your choice.