Diary of a newbie programmer: My journey so far 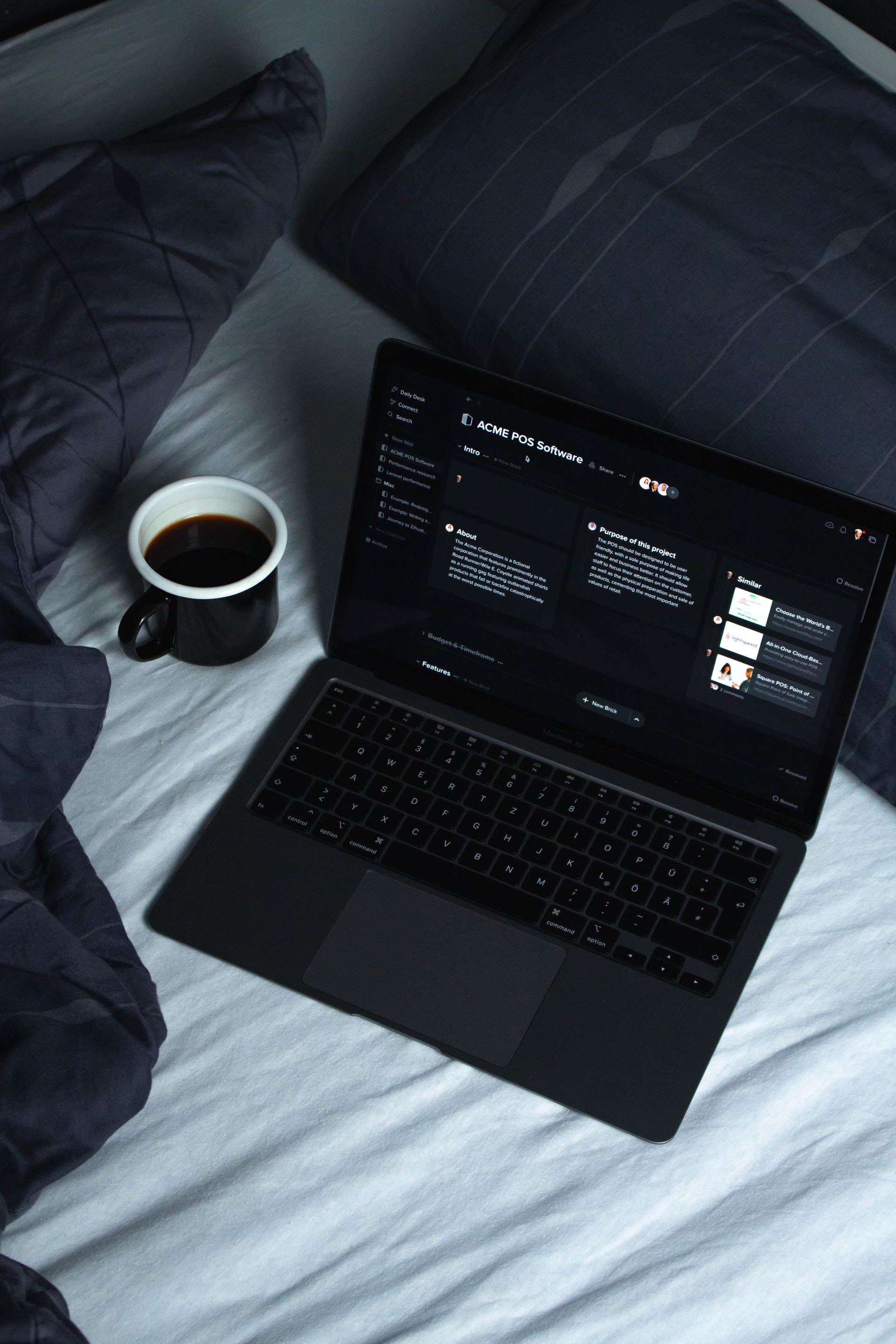 Computers have been something I have always been fascinated with and it's not surprising to most people that I have picked up programming. I always give off an aura of "computer enthusiast" to most people (probably because I'm always on my phone) which makes them usually come to me with their computer problems to solve. I will kick this off by starting from the top. Shortly after finishing high school, I enrolled in a computer school to learn the basics of computers. I was a natural when it comes to computers and after a year of learning basic computer programs (Microsoft Excel, Corel draw, Photoshop, and others), I ended up tutoring others. Unfortunately, programming isn't part of the curriculum and it was still alien to me at that point.

A few years later, I came across programming after I got bored doing a lot of things on the internet (blogging, affiliate marketing, moderating on some forums, and other kinds of stuff). Programming just kinda hit me right in the face and I was like "wow, lemme check out this stuff" and I got started right away.

I remembered using sololearn app to kickstart my programming interest, but I was not properly oriented back then so I sky-dived right into an ocean known as C++ (another form of hell). C++ is an advanced language and is not something a newbie should start with, it is like enrolling a 5 years old child into a university to take up Engineering as a major. So there I was in C++, with no lifejacket or anything to tether to, just getting pushed around as I struggled to swim against the current, it was really brutal. I just kept telling myself "uhm it's never easy for anyone new to programming, just keep doing it and it will get easier later on", well it didn't get easier but I continued.

I kept gouging up tutorials on the sololearn app and I thought I was making progress, but as soon as I leave the sololearn app I can't remember anything about C++, it's like being in a trance. After an eternity of swimming against C++, I finally drowned and so I tossed programming aside as I decided to focus on other aspects of my life that don't give me constant headaches. 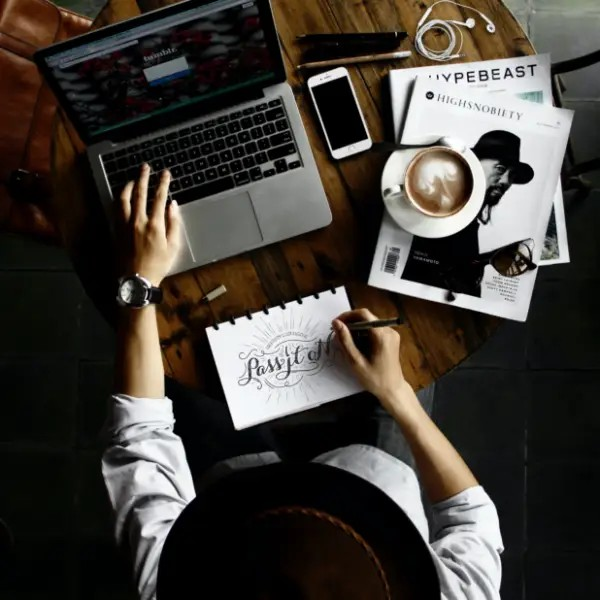 Fast-forward to 2020, I just finished my second year in the university, and then boom! Lockdown, facemasks, sanitizers, social distancing. I utilized the lockdown by playing video games and watching movies until it hit me one day; why not learn a new skill now that I have extra time to spare on my hands? Sure why not, let's go with graphic design (I still haven't gotten over my trauma with programming so I ain't touching it).

I enrolled in some graphic design courses on udemy, making use of Adobe Photoshop and illustrator. I was familiar with photoshop from my time in computer school, but illustrator was new to me because I learned Corel draw. Luckily, illustrator shares some similar features with Corel draw so it was fairly easy to pick up. I fell in love with illustrator and I deemed it better than Corel draw (yeah I know some people will smack me for this statement).

After so many weeks of udemy courses and youtube videos, I started freelancing. I designed graphics for classmates and friends who referred others to me as well. At a point it became a routine that inevitably turned boring for me, so I looked at programming once more as an interesting prospect.

I sky-dived into programming (again) but this time I landed in python, so yeah I had a lifejacket for this one. I stumbled on python while researching a suitable programming language, it has a very simple syntax that feels just like English, unlike C++ that felt like learning another language (like Chinese or something).

I enrolled for some python courses on udemy and everything was going well until schools reopened. I pushed python aside to focus on my academic life because it will be hard to juggle programming and my courses in the university (or so I thought to myself).

After my first semester exams, I was enjoying my holiday while scrolling through messages on a whatsapp group when I saw a post by an acquaintance of mine, detailing how he got a remote job with a company and also the salary he will be receiving monthly (it was huge), then and there I knew I had to get serious with programming. The third time is the charm

I didn't immediately get back into programming, seeing as I wasn't yet ready for it. A couple of days later while browsing through one of my favorite online forums, I saw a thread by a web developer where he was talking about the correct path for a beginner to follow in programming; that was exactly what I needed!

It was through that thread that I actually got to know that the world of programming is huge and there are different fields in it like app development, web development, game development, data science, machine learning, and AI (this is where python has a stronghold). I was wowed when I saw all these fields and I backtracked to my first encounter with C++ and I realized what happened; I never had a clear roadmap. I was just running around in the dark, with no clear direction and purpose.

After that educative thread, I decided to settle for web development and I got started right away with Html (I left python behind because I figured it's well suited for machine learning and A.I). Html was fun and quite easy, I usually take notes as I perused through tutorials from different sources which include udemy, FreeCodeCamp, w3schools, sololearn, youtube, and some other minor sites which I referenced from time to time.

After a couple of months, I got done with Html and moved on to CSS, this was when things started to get interesting (no offense to Html). For those that don't know, Html is basically the structure of the web while CSS applies styles and designs to said structure. This can be likened to building a house; the actual construction of the house (website) is carried out by Html, while CSS is used to paint it, install doors and windows, and also the interior decoration. The last guy is javascript, this adds functionality to the house, say for example what happens when we turn a doorknob or what happens when we flip a light switch. 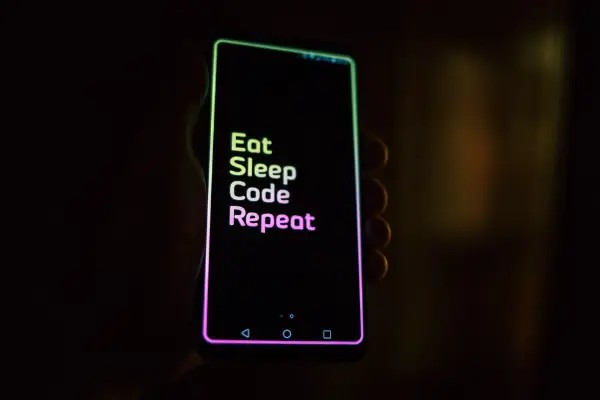 CSS; the icing on the cake

CSS started out easy just like Html and I thought it was going to be a merry ride, but it ain't no tea party as things started getting complicated as I progressed further. It became hard trying to keep up with syntaxes and their different functions, at one point I started thinking; "dude you sure you're cut out for this? You are having problems with CSS and you haven't even gotten to javascript which looks a thousand times worse" but I just persevered.

Then I was watching a video on youtube by a senior web developer (Kelvin Powell) and he mentioned it's actually impossible (or near impossible) to memorize all syntax you come across, and also that he watches his own tutorial video when he forgets something and also makes use of google most times. Thereafter he dropped some online platforms that dish out challenges to help strengthen one's web skills and that was exactly what I needed at that point because I have learned as much as possible from CSS and Html but I'm having a problem working on personal projects because I don't even know what to work on. So I checked out the first site he (Kelvin) mentioned, which was frontend masters.

I signed up on frontend masters and started a challenge right away, and I picked from the newbie category (well that's what I am). The first challenge was really crazy and I ended up abandoning it because I couldn't figure out how to match my design to mirror the original one. I picked up another challenge which I finally completed after numerous visits to google anytime I got stuck. Damn it felt good when I completed my first challenge, so I jumped right into the next one and completed it also, and while at it I also learned a lot of new tricks which I didn't come across (or maybe I forgot) during my tutorial phase.

Check out my profile on frontend masters to see the challenges I have completed.

After my second challenge in frontend masters, I remembered I haven't earned my certificate from FreeCodeCamp (FCC) so I went back to FreeCodeCamp to try and earn my certificate, which wasn't easy compared to sololearn that just gives you a certificate of completion. FCC certification involves completing a set of projects which covers everything you have learned on both Html and CSS (there are about 6 projects). The first project was about building a tribute page and I was given a set of criteria I was supposed to meet so as to pass the project (looks easy enough right?).

My first project on FreeCodeCamp

I commenced my first project which was a tribute page but I was stuck, I didn't know how to go about it. How is a tribute page supposed to look like? Should I write about someone I know or just a made-up character? What designs am I to use?

The life of a programmer is not easy it seems and good to know how things turned up for you. nice write up

Please, do not use the LEOFINANCE tag for things unrelated to crypto or finance.

It has been removed, sorry about that. I'm still quite new to all these

No problem mate. That is how we learn, by making mistakes.

Hello, @kushyzee! This is @anggreklestari from the @OCD team. We saw that you already posted your first post here in Hive! Congratulations and welcome!

If you are looking for tips and information as a Hive newbie, click here: newbie guide.

If you have questions or concerns, you can hop into OCD's Discord server and we'll gladly answer your questions.