Something no-one is telling you about covid

active-truth in #proofofbrain • 5 months ago (edited) 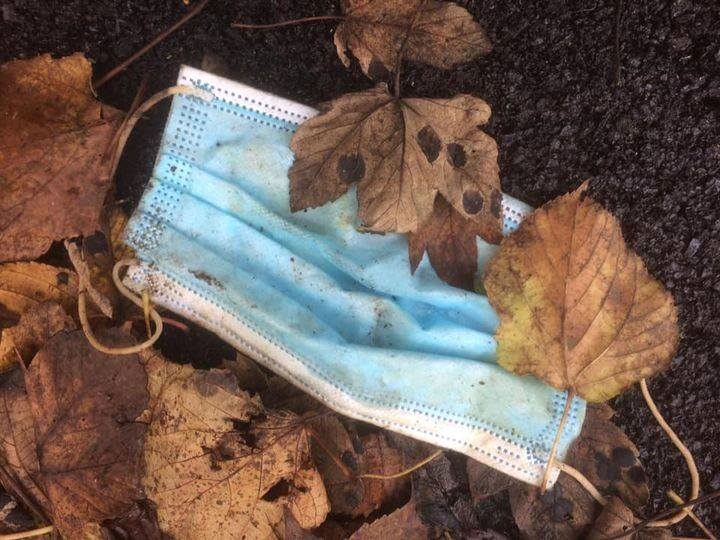 It came to my attention while researching for a possible podcast that the whole convid fiasco was almost certainly started as a cover-up of the first public trial of China’s, and the worlds, first SARS/cov vaccine.
They have been working on a ‘coronavirus’ vaccine ever since the SARS ‘outbreak’. This article found me somehow and I wondered how it had been sitting there for so long with no interest. It certainly sparked mine.

It’s funny how some of the financial papers are where you can find the real info. In it they claim “According to the Law, China is to implement a state immunization program, and residents living within the territory of China are legally obligated to be vaccinated with immunization program vaccines, which are provided by the government free of charge.”

Sadly they miss the ball on how this affects people claiming it makes them more susceptible to other coronaviruses. This would not explain how so many became ill all at the same time and as we already know no virus has ever been purified and proved to CAUSE any illness.

In this article the actual law has a section which is very interesting because it mentions a kind of ‘track and trace’ technology IN the vaccine. Was this the test run for the so-called ‘vaccines now being foisted on us and the cause of the original deaths in Wuhan which sparked this whole plandemic? “The Law mandates the launching of a national vaccine electronic tracking platform that integrates tracking information throughout the whole process of vaccine production, distribution, and use to ensure all vaccine products can be tracked and verified” https://www.loc.gov/law/foreign-news/article/china-vaccine-law-passed/

This is the famous Chinese study which everyone refers to as the one in which all the animals died. https://pubmed.ncbi.nlm.nih.gov/22536382/. They claim they died when they were ”challenged with the wild virus”. Most people assume that this means they were exposed to a virus in the air or similar as they assume we are all challenged by a wild virus. This is however far from what really happens. They have no ‘wild virus’ to start with and all and every experiment to try and induce disease in humans or animals by using the mucus and even excrement of sick people, even by injection, have failed miserably. Why would they therefore do that. No what they actually do is vaccinate them again with the same vaccine (including all it’s chemicals and proteins).

In the study they claim the original vaccination caused ‘immunopathological’ changes. It’s strange that they don’t seem to know about Richet’s paper on anaphylaxis back in 1913 which won a nobel prize and coined the term ‘allergy’. In which he shows an injection of anything can cause the body to over-react if injected a second time. You all know what anaphylaxis is but did you know it never existed before vaccines? Neither did allergies to foods.

Here is Richet’s paper, https://www.nobelprize.org/prizes/medicine/1913/richet/lecture/ It’s important to understand that every person who studies medicine should know this and also therefore know how vaccines prime us to be killed by something as harmless as a peanut. (Peanut oil was an unnamed ingredient in some vaccines. They did not have to declare it as it was GRAS (generally regarded as safe))

The Chinese were working on several sars/cov vaccines and have lodged 3 SARS/cov genetic sequences with the online gene bank. They are named SARS/cov 1, 2 and 3. All the genetic sequences were manufactured using CRISPR which means they take bits of genes from animals and humans and splice them together. This is where the silly conspiracy comes from that covid is a bio-weapon made in a Chinese lab, and where the bat legend came from as, yes, there are some bat sequences in there. HOWEVER a gene sequence is NOT A VIRUS. That is where the bio-weapon theory falls down. It is ridiculous.

The fact that we are being told the vaccines for covid were rushed through is a lie. They’ve been working on them for almost 20 years (with no success). The fact that we are being told SARS/cov2 is a ‘novel virus’ is also a lie. The SARS/cov2 gene sequence has been available to gene labs since 2007 at least and these gene sequences are being passed off as ‘viruses’. That is why the PCR is not a test for disease it is a lab tool for finding certain gene sequences and NOT VIRUSES.

The next area to declare an outbreak after Wuhan was Bergamo in Italy. An Italian doctor confirmed that there had been a vaccine drive there too shortly before people started getting very ill. It was a drive of two vaccines one for meningitis and another for pneumonia and was given to the very old and sick which was exactly the people who allegedly started dying from ‘covid’. Both Wuhan and Bergamo are also very highly polluted AND both areas were trialing 5G. Now we have to wonder which of these 3 things were they trying to cover-up? 5G was being tested at many hospitals particularly to be used with ambulances so many built up areas, major cities and hospitals around the world were becoming affected but by what. Any of these 3 factors could be causing breathing problems and a combination of all 3 would obviously be worst.

If you look at the pictures in the vaccine paper of the poor mice lungs they look eerily similar to the ones they were claiming were covid lungs in New York. 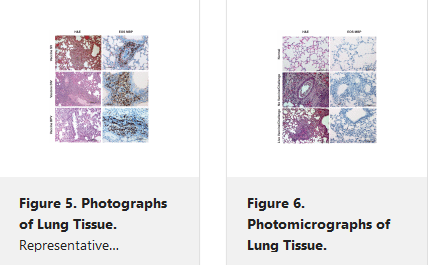 New York was in 2019 pushing vaccine mandates and even removed religious exemptions. https://www.npr.org/2019/04/19/715016284/brooklyn-judge-upholds-mandatory-vaccinations-as-new-york-city-closes-more-schoo?t=1611502070220. Then in the UK and USA the flu jab was ‘upgraded’ for the 2019 season with larger doses of ‘adjuvants’ (gene sequences made in a lab which are supposed to replicate a ‘virus’). This would be akin to multiple foreign proteins being injected priming for anaphylaxis. This was recommended in Autumn 2019 for everyone over 65 and never tested could have been the cause of even more deaths than the usual flu shots do. https://www.aarp.org/health/conditions-treatments/info-2020/high-dose-flu-vaccines.html Every carehome worker knows that fraile old residents start dying en masse straight after the jabs.

Back to my original point. Was this a cover-up for a vaccine trial gone wrong? At what point did they decide this was the pandemic to ‘go-live’ with their Great Reset. How long have they been working on the rna gene therapy shot which they are telling us is a vaccine when it is nothing of the sort? Why two shots when they know that can and will cause anaphylaxis? Does this article open any eyes or does it just pose more questions than it answers?

Your posts are like seeing English translations of this information for the first time!

Thanx frot, that's a lot of pearls, this is gonna take some time.......I already tried to sign up to 3Speak but they didn't seem to like my passwords. Glitch city

You have some images that didn't upload too.

Oh yes thanx for the heads up will fix now.

Congratulations @active-truth! You have completed the following achievement on the Hive blockchain and have been rewarded with new badge(s) :

I tend not to believe that humans are capable of creating finely tuned bioweapons, at most humans constantly overestimate or underestimate themselves.

The evil that man has devised, such as weapons of mass destruction or other crude killing devices, is evil enough in itself.

I have decided not to believe in the lethality of genetic or chemical-biological substances (or better, I am trying), even if it were true. There is no point in believing in it. At least not for me.

I think cells are constantly renewing themselves and a disturbance in the culture of cells always takes place in conjunction with many variables. Of course, one variable more is always worse than one less. Life as we currently live it in so-called modernity can certainly be described as "broken" in very many places. More in terms of spirit, I would think.

The genius of man, the like of Frankenstein, or other exaggerated displays of groundbreaking novelty - whether "good" or "evil" - are, in my opinion, repetitions of the same kind. The constant search, the restlessness, the dissatisfaction with life in and of itself, the weariness of the markets. Culture, spirituality, encounter, all this has been impoverished and rapidly lost, in the last few decades alone, but has probably been going on for thousands of years. Something seems to have gone wrong in human evolution. A riddle.

They always say (at least with addicts and we are all addicted to something in this life) you have to reach rock bottom before you can start to climb back up. I think humanity may have hit that rock bottom now, lets just hope the only way is up.