The Way of the Tao

woelfchen in #philosophy • 2 years ago (edited)

Like soft can change hard - water can carve a stone - often it makes sense to go the "easy way" / with the flow, instead of against it, which can suck out all of your energy. By forcing, striving and control you might get the job done but at the same time you spend way more energy than necessary and possibly suffer from collateral damage.

In the state of flow one approaches a task intelligently, knowing when to act and when not to and finds a balance between action and non-action.

Not too warm and not too cold.
Tao is kinda like the golden ratio between fear and boredom.

And the art of not forcing.

You can feel the Tao and live with it but never really grasp it fully with your rational mind.
You also don't need to, cuz you can feel it.

This stillness of mind doesn't necessarily mean that we sit down somewhere, with our eyes closed, doing nothing. Like classical meditation

The Taoists observe that stillness of mind can be combined with action.
And if we are completely in the present moment, our actions will be effortlessly, without friction and accompanied with a rasor sharp focus.
So much so that it's almost ecstatic.

Meditation becomes a normal state, imagine: the Taoist does not need silence, sitting, closed eyes or anything else to meditate - he is in pure action, for example a samourai in a fight, and meditates at the same time.
The silence is within him... despite the fight - inside he does not act, but outside he does - the tightrope act between acting and not-acting.

This goes one-in-one with Wu Wei, effortless action - athletes also speak of as "the zone".
When athletes are in "the zone" they engage in action without striving/ forcing and move through time and space almost effortlessly.
Without thoughts, worries, fear, control, force everything seems to flow.

Appears to me as if Taoists have already known about and implemented knowledge in their lives, which we now get through modern science like quantum mechanics or orgone.

Quantum mechanics teaches us that by just having the wrong perspective or aim, you can try as hard as you want, you won't achieve what your heart (not ur mind) really wants.. and won't be happy - even if you think this should make you happy.
Quite the opposite, it makes you vulnerable for distraction - which also won't make you truly happy.
You can force it anyway - but that won't change anything.

Taoism also explains this - but is simply a few thousand years old..

I've already posted an article about how Quantummechanic debunked Materialism and am also going to post one about perspectives soon.. :)

Let the combination of spirituality and science bear fruits! ;)

I'm familiar with "the zone."
During my time in the military we ran a few miles everyday, and there is definitely something that happens at times, which people call "the runners high", "second wind", "the zone."
Something similar also happens with music, and other musicians can attest that it is very powerful.

I can think of moments in my life (even recently) where I did not go with the flow and forced things that I wanted. The results were devastating, and I did think I was going with the flow, but it became evident later on that I wasn't.
(At least in these moments I can say I was being honest, even if they created issues with other people, which is another conundrum.. People say they want the "truth" but they often are not prepared for it.)

Thank you for the awesome article, you helped me realize some things, and I appreciate the work you're putting in and sharing with others.

Yeah, I also know the flow state while dancing or playing music :D, good you're mentioning it! - we've organized modern electronic music events by ourselves :)

There is this story as a lesson from Wu-Wei apply:

A farmer had a horse, but one day it ran away and the farmer and his son had to plough their fields themselves.
The neighbors said, "What bad luck that your horse ran away!"
But the farmer replied, "We'll see."

A week later the horse came back to the farm and brought a whole herd of wild horses.
"So much luck!" cried the neighbours,
but the farmer said, "You'll see."

Shortly afterwards the farmer's son tried to ride in the wild horses - but he was thrown off and broke his leg. "Oh, that's too bad!" The neighbours took pity on him,
but the farmer said again, "We'll see."

A few days later the ruler of the country called all the young men into his army to go into battle.
But they left the farmer's son at home because of his broken leg
"How fortunate that your son doesn't have to go into battle!" rejoiced the neighbors.
But the farmer just said, "We'll see."

But in the current situation I wonder how one wants to go with the flow of things if resistance is needed. Normally, waiting is always the better option and action is only required when the acute situation demands it. Acting in the sense of a helpful gesture, a healing process, establishing a peaceful relationship. What do I answer to the one who won't let go of me and tells me that the government measures have protected us all well? Who puts those who see this protection for all as a prevention paradox in the corner of the crazies and the threat to public health?

So I asked a friend of mine: Will you only ever hug me, be near me, once I proved that I am healthy? 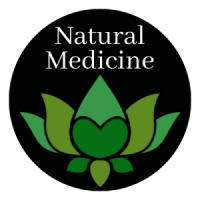 Keeping balance is key - not only for health, but also in every other imagineable area.. that's at least what I've learned the past years :)
Thank you for the reblog :]

Wow, wonderful explanation about taoism. Like a Being, "Be where you are". Thank you for this perspective.
One question, is taoism, A kind of religion?

Yes & No! Taoism is a philosophy for me and many others ;)
But it's from chinese spirituality - which is kinda like old religion, but only kinda..I see spirituality as decentralized movement, while religion mostly tried to centralize a Sovereignty of interpretation..^^

You might also be interested in Stoicism, which has many parallels but came from old greek philosophy - I guess I'll also write about it soon

I'm really interested in these philosophies especially cuz they're really old and simultaneously very similar to insights by modern science. :)

@sherylneil Let's call it a way of life / an approach to life, as - opposed to ( most ) religions - there's nobody preaching it and it's not about trying to convert people, the main idea is to make life easier and live in a way that's more in harmony and closer to ( our inner ) nature.

So much so that it's almost ecstatic.

YES... funny, all week I've been thinking of states of flow. Resistance has been the theme of year with Kali.. but even she is directed me to listening and flow. Don't resist or things will get tougher indeed. Great to read this from a TAO perspective.

I guess there are many people on a resonance wave :3

For me, it was 7.43 am Sunday AEST. Different on different time zones I think. xx Where are you?

Oh, I love the Tao. Everything about it rings so true. In my recent posts I have been writing about permaculture principles, and the wisdom and attitude in the Tao can be applied to almost all of them.

Of course, it's a way of thinking and looking at the world. So yeah, apply it to economics, architecture, social networks, industrial manufacturing, interpersonal relationships, etc.

The 5,000 characters and 81 chapters of the Tao Te Ching that Lao Tzu wrote is one of the greatest texts ever written on spirituality. Many scholars studied, translated and gave anecdotes about it. It's worth reading over and over again and gives the reader little nuggets of wisdom about life and the universe every time. :)

Thanks for sharing. Simple and enlightening explanation of Taoism👏.

McAD talks about walking the tightrope in many of his tracks - I can relate to these principals.

send me one of ur favorite tracks :)

McAD, can't find a rapper on Youtube when I search for it.. :D

do you also rap/ sing?

My bad, so McAD used to be part of a band called Wondering Monks with another emcee knows as Linguistery. Most of his "non-band" tracks are published under the title of Freedom Movement which encompasses more than just himself. One of the WM tracks is literally titled: Tight Rope:

Its a tough call to say which is my favorite track by him, but if I had to pick one I would say Toxic Pollutants

Or maybe Money vs. Energy

This is my most recent single called Shift the Focus:

And this is a Hive exclusive track called No Consent from my upcoming album:

I am working on my first couple music videos right now and they should be out by late fall - early winter.

Dude! I love your flow! kinda reminds me of cypress hill :D

and I'm kinda envious about how much you got to smoke :S

I haven't heard of him before but now I have! He's got a nice flow and truth lyrics. I would do a show with him.

Move to Oregon to have more smoke. That's what I did - not the only reason though.

I guess I need to move outside the EU, or at least germany..

Taoism is extremely intriguing. It's something I keep coming back to since I delved into it a handful of years ago ( in an attempt to get out of my depression ). I'd recommend a podcast called "What's this Tao all about?" as well as The Tao of Pooh.