The masks are off! Last night my wonderful wife sent me a great quote and I thought I would share!

"I don't know why everyone is against wearing a mast. Most of you have been wearing one your whole life - You two faced Mther F*kers"

I chuckled to myself as my soul-mate get's me and totally understands how I have felt for a long time. I'm almost grateful (almost) that this whole mask on / off debate is going on. I feel as if it has stripped Western society of it's baloney and showed how actually divided people are.

I have been avoiding Facebook like the plague (no pun intended). After months of fatigue from this whole fiasco of covid, it has shown me that values, politics, and even science have proven to be some what farcical. From medical officials saying wear a mask; don't wear a mask, politicians saying debt doesn't matter while the WHO say's lockdowns hurt more than help, and average citizens bunkering down into feelings rather than facts.. Its like that old adage who is one first? Probably the most famous comedy bit of all time. Credit to Koch Entertainment

Who is on first indeed! "Imagine these guys trying to defuse a bomb."

The comedy here is so tight and flawless in its execution and it really shows how as much as things 'seem' to change, it's all the same from generation to generation. So much for progression!

This is why I'm so against this whole progressive change, woke bullshit that goes on. Feminists are as toxic as any misogynist, politicians continue to filander as much as they ever have (since Rome), and science is as progressive as when they said smoking is good for you. Yes we surely 'learn' things along the way, but human behavior is just a pendulum swinging from one extreme to another. I never wore the mask and never understood why so many people do. I'm talking about the personality mask. Not wearing a mask will land you a fine which surely goes against some freedom of right. Perhaps it's insecurity as human beings being in a rat race. True progression is when the majority of people are truly themselves and can resist the pressures of being as fake as 'reality television'.

Food for thought? Is this something you already knew, but were too afraid to remove your own mask? 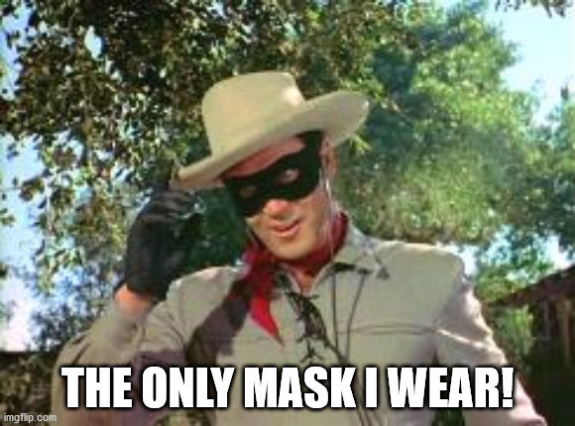 Lol, I can see why she said that, most people are freaking two-faced! And this thing defo has shown how divided the people are.. also how easily people can be fooled btw ;)

all this mask talk... but a conversation is being had.