Hubble Views a Galaxy with More than Meets the Eye

Meet NGC 5728, a spiral galaxy around 130 million light-years from Earth. This image was acquired using Hubble’s Wide Field Camera 3 (WFC3), which is extremely sensitive to visible and infrared light. Therefore, it beautifully captures the regions of NGC 5728 that are emitting light at those wavelengths. However, there are many other types of light that galaxies such as NGC 5728 emit, which WFC3 can’t see. 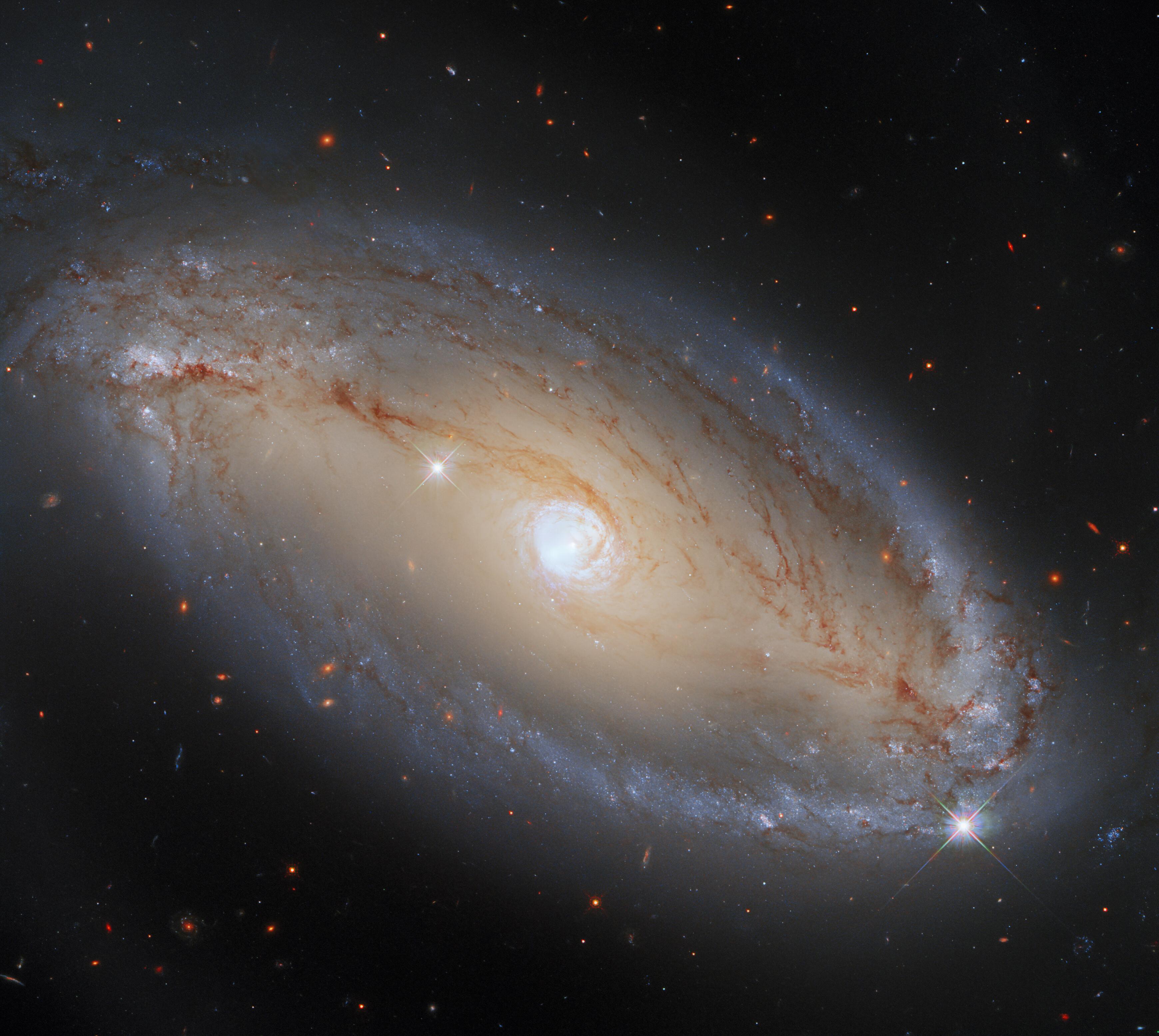 In this image, NCG 5728 appears to be an elegant, luminous, barred spiral galaxy. What this image doesn’t show, is that NGC 5728 is also a monumentally energetic type of galaxy, known as a Seyfert galaxy. Powered by their active cores, Seyfert galaxies are an extremely energetic class of galaxies known as active galactic nuclei (AGNs). There are many different types of AGNs, but Seyfert galaxies are distinguished from other galaxies with AGNs because the galaxy itself is clearly seen. Other AGNs, such as quasars, emit so much radiation that it is almost impossible to observe the galaxy that houses them. As this image shows, NGC 5728 is clearly observable, and at visible and infrared wavelengths it looks quite normal. It is fascinating to know that the galaxy’s center is emitting vast amounts of light in parts of the electromagnetic spectrum that WFC3 just isn’t sensitive to! Just to complicate things, the AGN at NGC 5728’s core might actually be emitting some visible and infrared light – but it may be blocked by the dust surrounding the galaxy’s core.