prodan in #nasa • 2 months ago

This NASA/ESA Hubble Space Telescope image features two interacting galaxies that are so intertwined, they have a collective name – Arp 91. Their delicate galactic dance takes place more than 100 million light-years from Earth. The two galaxies comprising Arp 91 have their own names: the lower galaxy, which looks like a bright spot, is NGC 5953, and the oval-shaped galaxy to the upper right is NGC 5954. In reality, both of them are spiral galaxies, but their shapes appear very different because of their orientation with respect to Earth. 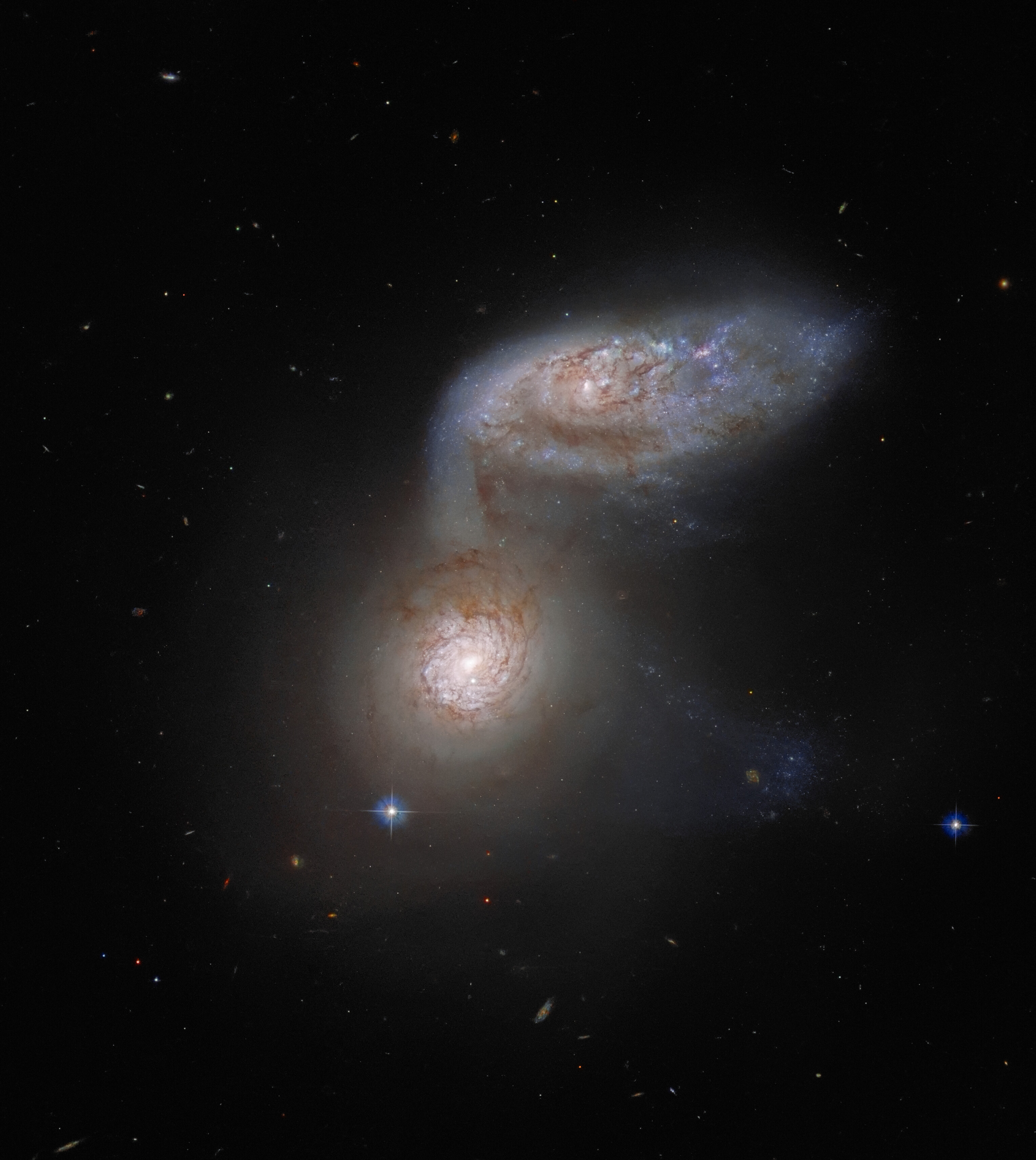 Arp 91 provides a particularly vivid example of galactic interaction. NGC 5953 is clearly tugging at NGC 5954, which looks like it is extending one spiral arm downward. The immense gravitational attraction of the two galaxies is causing them to interact. Such gravitational interactions are common and an important part of galactic evolution. Most astronomers think that collisions between spiral galaxies lead to the formation of another type of galaxy, known as elliptical galaxies. These extremely energetic and massive collisions, however, happen on timescales that dwarf a human lifetime. They take place over hundreds of millions of years, so we should not expect Arp 91 to look any different over the course of our lifetimes!