Inktober - A couple tries at Extinct. Do two failures make a success? The #inktober prompt for October 24th is "extinct." I guess I should have said was since it is already the 25th for most people on the planet.

Since extinction and speciation are important parts of the study of evolution. I thought I would include the #science keyword on this post so that I can get my grubby little hands on some luscious #stem tokens. I decided to add a silly label so that the image could get some tasty #meme as well.

The term "speciation" refers to the process of creating a new species and extinction refers to the loss of a species. The planet has lost numerous species in written history, but we really aren't sure if we have seen the creation of new species. For example, look at the dog. There are numerous breeds of dogs, but they are all part of the same species. They can still interbreed. It seems to take a hundred thousand years, or so, for a branch of animals to fully develop into a new species.

This is interesting from a mathematical perspective. The number of extinct species plus the number of existing species equals the total number of species. There have been numerous extinctions in written human history but no creation of new species.

This is due to the fact that speciation is something that occurs over a long period of time while extinction is a distinct event.

As for the inktober drawing, I realized that I could draw any imaginative creature and claim that it was extinct. I could also draw images of ancient creatures like dinosaurs and drop the label "extinct."

However, I think it is best to draw pictures of animals which went extinct in written history. I wanted to start with the duck-billed platypus as its extinction in 1975 was a really big deal when I was a kid. Apparently, they have found platypi splashing about in Australia so it is only endangered.

Two other famous extinct creatures are the passenger pigeon and the dodo bird.

The Wikipedia article for Dodo's indicates that they were indigenous to the remote island of Mauritius which is East of Madagascar. The dodo is most likely descendant of the pigeon and the process of speciation started some 23 million years ago. The birds lived on a remote island free of predators and lost the ability to fly. They also grew larger than other pigeons. Because they had no predators, the dodo would lay only a single egg.

The first confirmed discovery of Mauritius took place in 1507 although it is likely that the island had been visited by Arab sailors since the 10th century. Mauritius became a common lay over for Dutch sailors and the Dodo, which was not used to predators, became standard fare for sailors in the region. The last credible sighting of a Dodo took place in 1688.

I attempted to base my picture on sketch drawn in the 1600s of the bird.

The fact that the Dodo made a good meal but laid only a limited number of eggs meant that the creature was doomed the first time that people ventured into the area.

The loss of the passenger pigeon was a much more dramatic event as passenger pigeons filled the skies of North America when Columbus discovered the new world. The Smithsonian claimed that there were three to five billion. Yes, BILLION with a "B." That is a huge number ... 5,000,000,000 birds!

The passenger pigeon was a primary food source for Native Americans and American settlers.

The bird succumbed to loss of habitat and industrial scale hunting in the 1800s. The last captured passenger pigeon, Martha, died in the Cincinnati Zoo in 1914. I based my drawing on this photo of a passenger pigeon.

I looked at several drawings of specimens to make up the coloring. 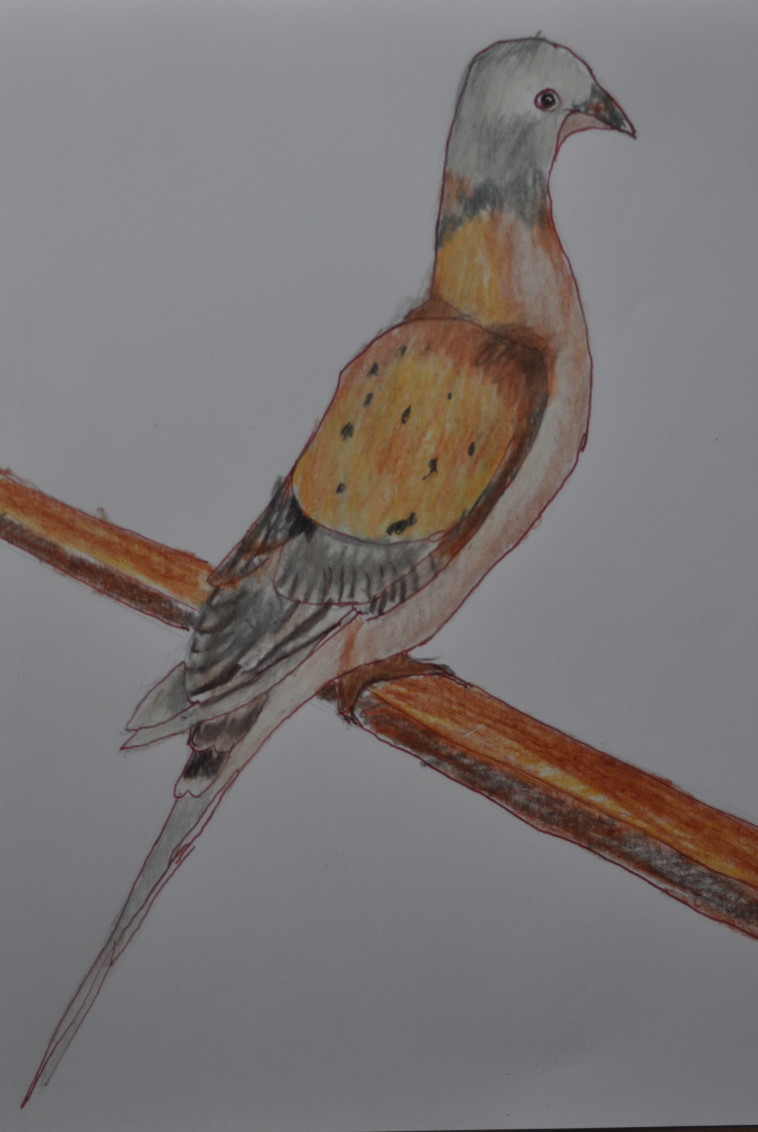 Here are the proof of art photos: The first proofs show the inked picture before adding color. The final image is a total fail. 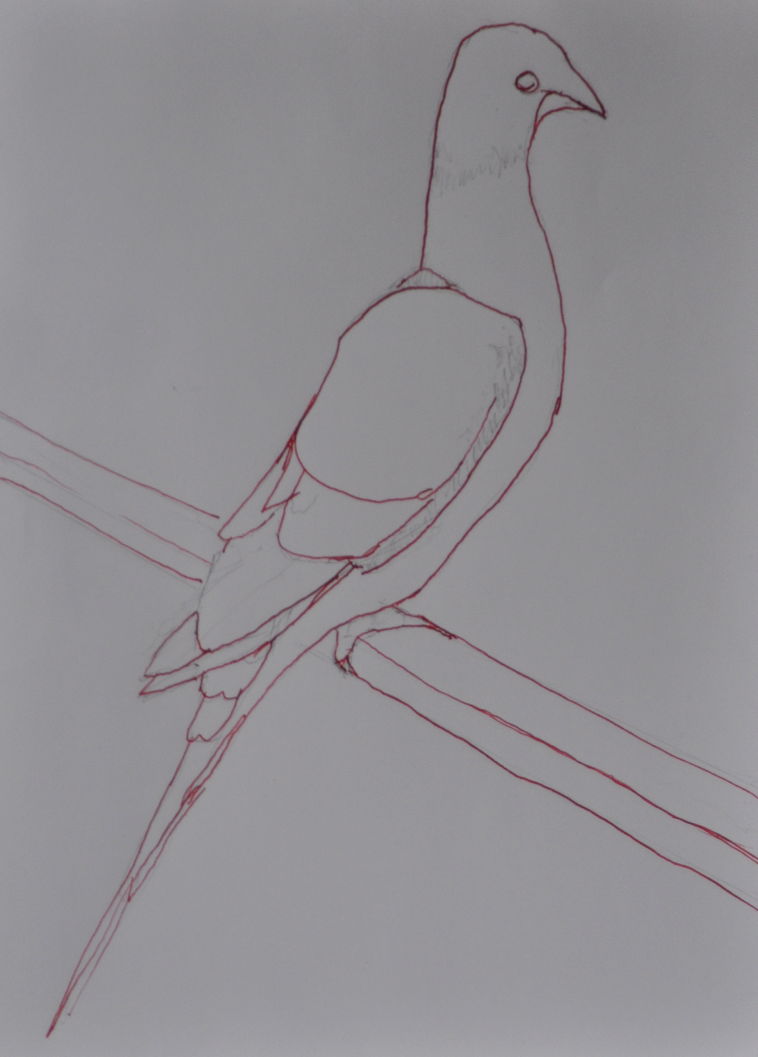 I tried making a sketch of the dodo based on this super grainy photo . It was a total failure because I couldn't figure out what I was drawing; So, I decided to practice scribbling. The purple ink does not scribble well. The red does a good job. The black didn't work well.