Determination of settleable, suspended and dissolved solids in a wastewater sample.

yusvelasquez in StemSocial • 3 months ago
Hello friends, in this opportunity I present the methodology used in the determination of one of the physical parameters that measure the degree of contamination of wastewater, such as solids. The content of solids in a sample is an approximate measure of water quality and the amount of sediment that can be formed in the primary treatment of wastewater, and this will depend on the operation of the system used for treatment, hence the importance of its determination. 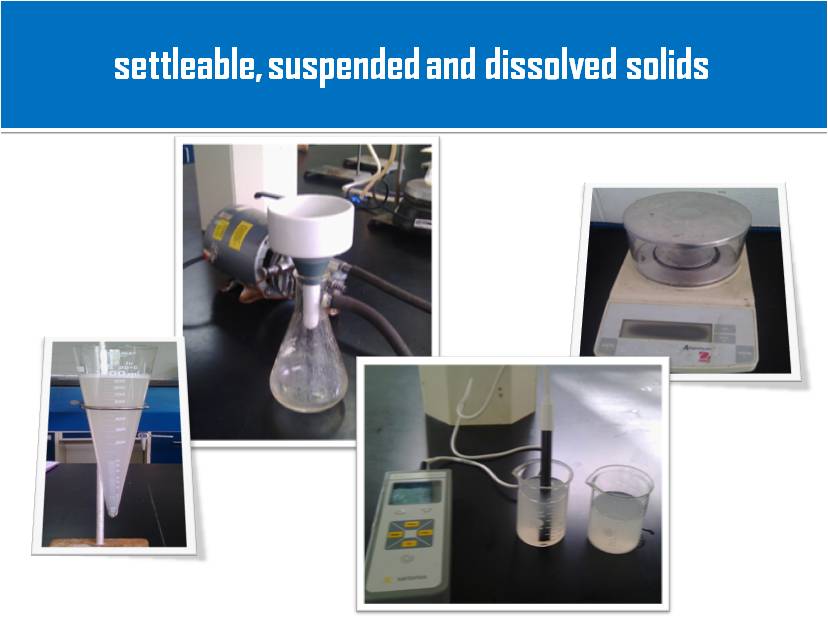 In general, solids can be defined as all those compounds found in water that are neither liquids nor gases. Total solids include the material that is suspended, sedimentable matter, and dissolved in a given sample. Suspended solids are determined by the particulate organic and inorganic matter present in the water, which is related to turbidity and color. Dissolved solids are made up of ions in solution, including chlorides, phosphates, nitrates, calcium, magnesium, sodium, among others, which determine the salinity of the medium and its conductivity. Sedimentable solids correspond to those that settle to the bottom of a container due to their weight in a determined period of time.

Theoretical foundations that support the analysis

Qualitative and quantitative methods of analysis are used in the characterization of wastewater. Among the quantitative analyses are gravimetric analyses, which are based on the measurement of mass.

Specifically, I will deal with one of its classifications, particle gravimetry. This gravimetric method allows determining the amount of particles of the analyte (substance sought) based on its separation from the matrix in which it is found.

Unlike gravimetric methods by precipitation or volatilization, where it is necessary for the analyte to participate in a chemical reaction that causes a change in its physical state in order to achieve its separation, in particle gravimetry the substance to be determined is already in a form that allows easy separation from its matrix, which can be solid, liquid or gaseous. In this way the mass can be determined directly using a balance. Particle gravimetry can be carried out using two techniques. The most common is by filtration, and the other by solid or liquid phase extraction.

In this post we worked with filtration in the determination of suspended solids, where liquid samples are passed through a suitable filter medium, where separation occurs by gravity or with the aid of a vacuum pump. The selection of the filter media depends on the particle size and sample matrix.

Determination of settleable solids in wastewater
To perform this analysis, at least 1L of sample must be collected and analyzed as soon as possible if it is not refrigerated. The procedure consists of Determination of suspended solids in wastewater
For this analysis the procedure consists of : 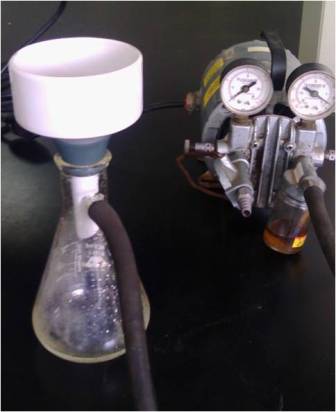 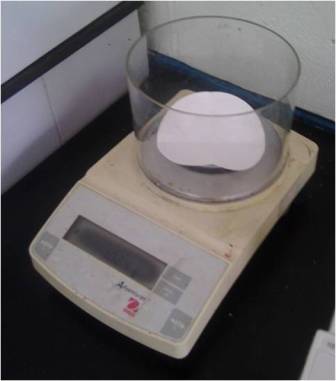 Source:@yusvelasquez
Expression of the results
The mass is determined by the increase in weight of the filter paper. The results are expressed in mg/L units.

Determination of dissolved solids in wastewater
Multiparameter equipment is generally used to measure both salinity and conductivity. Expression of the results
The result is expressed in g/L

Solids are pollutants that are frequently found in wastewater, so we must avoid adding solids to the water from the home, for this we can separate them before they are mixed with the rest of the wastewater. The treatment of solids corresponds to the first stage of water treatment and its values must be controlled to obtain cleaner water that complies with the established standards, therefore it is of great importance to know the different methods for its determination.

So far this post, I hope you find the information presented here very useful, thanks for reading!

Wow... so this is good method to measure the degree of contamination of waste water.
Thanks for sharing this idea

Hello @abimbola753!
These parameters are the ones commonly determined in this type of water, which in conjunction with a series of chemical and biological parameters can tell you its quality. Thank you for commenting!

Congratulations @yusvelasquez! You have completed the following achievement on the Hive blockchain and have been rewarded with new badge(s) :

You're welcome @yusvelasquez
Support us back and vote for our witness.
You will get one more badge and bigger upvotes from us when we notify you.