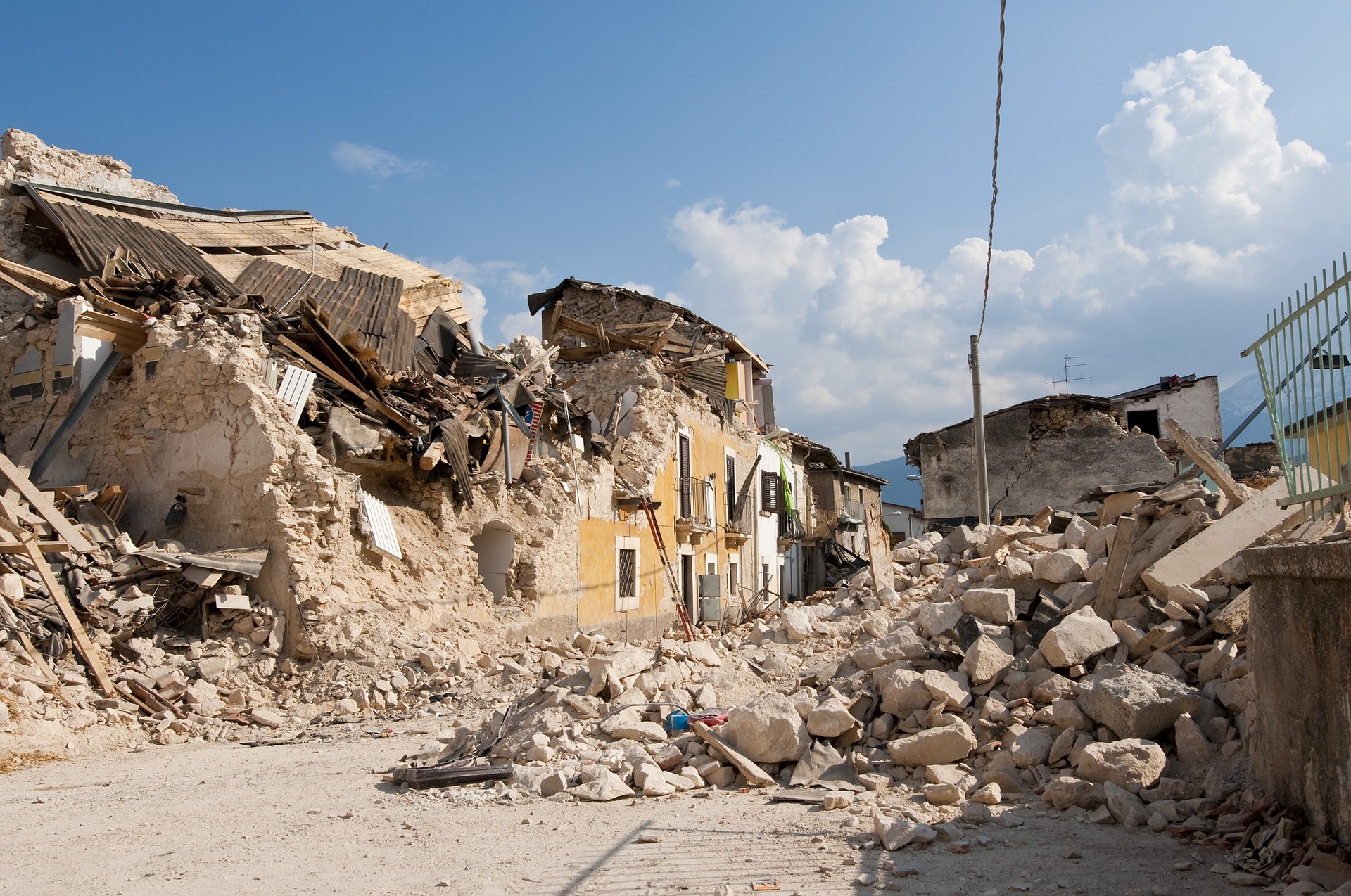 Pixabay
The earth is never earthquakes for long and more than 50000 of them are recorded annually.

Minor earth tremors are caused by gentle waves of vibration within the earth crust every minutes. Major earthquakes, usually caused by movement alone faults can be very disastrous especially when it occur in densely populated areas.

Earthquakes themselves may cause only limited damage in the regions of occurrence,but their after-effects can be very catastrophic. They produce a very gigantic tidal waves called tsunamis by the Japanese,which floods towns and drown thousands of people. Fire break out beyond Control as gas mains are shattered and buildings collapse.

In severe earthquakes,fissures gape open,and the ground writhes and undulates in passage of surface waves. A wave height of a quarter of an inch in the upheaval is sufficient to bring down most ordinary buildings.

Roads,railways and bridges are buckled and twisted, telecommunications are cut when cables are snapped.

The highly sensitive seismograph is the instrument used to record the movements of earthquake waves.

One of the greatest earthquakes ever known was the great Lisbon Earthquake on 1 November 1755. It originated in an abrupt subsidence of the ocean floor in Atlantic west of Lisbon. Tidal waves as high as 35 feet were set up which swept across the coastal district of Lisbon, drowning thousands. Most of the buildings collapsed completely and it was estimated that 60000 inhabitants died.

The earthquake on 1 September 1923 that shook Tokyo and Yokohama was equally shocking. The earthquake was caused by a fracture that occurred in the earth crust off the coast of Japan. The Fragile buildings of the densely populated twin cities mostly destroyed.A quarter of a million people were killed and a great number injured.

Other disastrous earthquakes include that of San Francisco in 1906 which destroyed a greater part of the heart of San Francisco. In loess region of Kansu in China,the 1920 earthquake claimed 200000 lives,and again 1927 100000 cave dwellers were buried alive.

The world distribution of earthquakes coincides very closely with that of volcanoes. Regions of greatest be seismicity are Circum-Pacific areas, with the epicenters and the most frequent occurrences alone the the Pacific Ring of Fire. It is believed that as many as 70% of earthquakes in the Pacific belt. Another 20% of earthquakes occurs in Mediterranean-Himalayan belt including Asia Minor and parts of North-West China.

In other places,the earth crust is relatively stable and is less Prone to earthquakes,though to place can be said to be immune to earth tremors.

Thanks for the information, but how could Earthquake be controlled?

Earthquakes can't be controlled. What we can only do is to mitigate the possible damages to our structure.

Ok, but before it could happen, is there anyway it can be detected like a month or week before?

We can detect the daily tremors but we can't predict when will a big one hit. We don't have the capability yet to do so. Although, we can use AI and Deep learning to analyze patterns in earthquake data, but it can't detect when and where is the next earthquake. We are too far it yet.

There is no way to control an earthquake, we cannot predict them until they are about to happen.

What we can do is to build edifications prepared to dissipate all the energy from the seismic movements. The buildings should be "elastic" or "fluid" structures in order to give time to people to get out the edification, because if we build them too rigid they can be too expensive or they could suddenly fall off.