steepup in StemSocial • 2 years ago
Several weeks ago, I started writing on phytochemicals. As it was stated then and paraphrasing it again now, phytochemicals are chemicals produced by plant metabolism and provide a defence mechanism for plants against agents such as microorganisms and insects as well as herbivores. Several of the phytochemicals have been discussed in details on their usefulness to human. In this post, I will be discussing another example of Phytochemical. 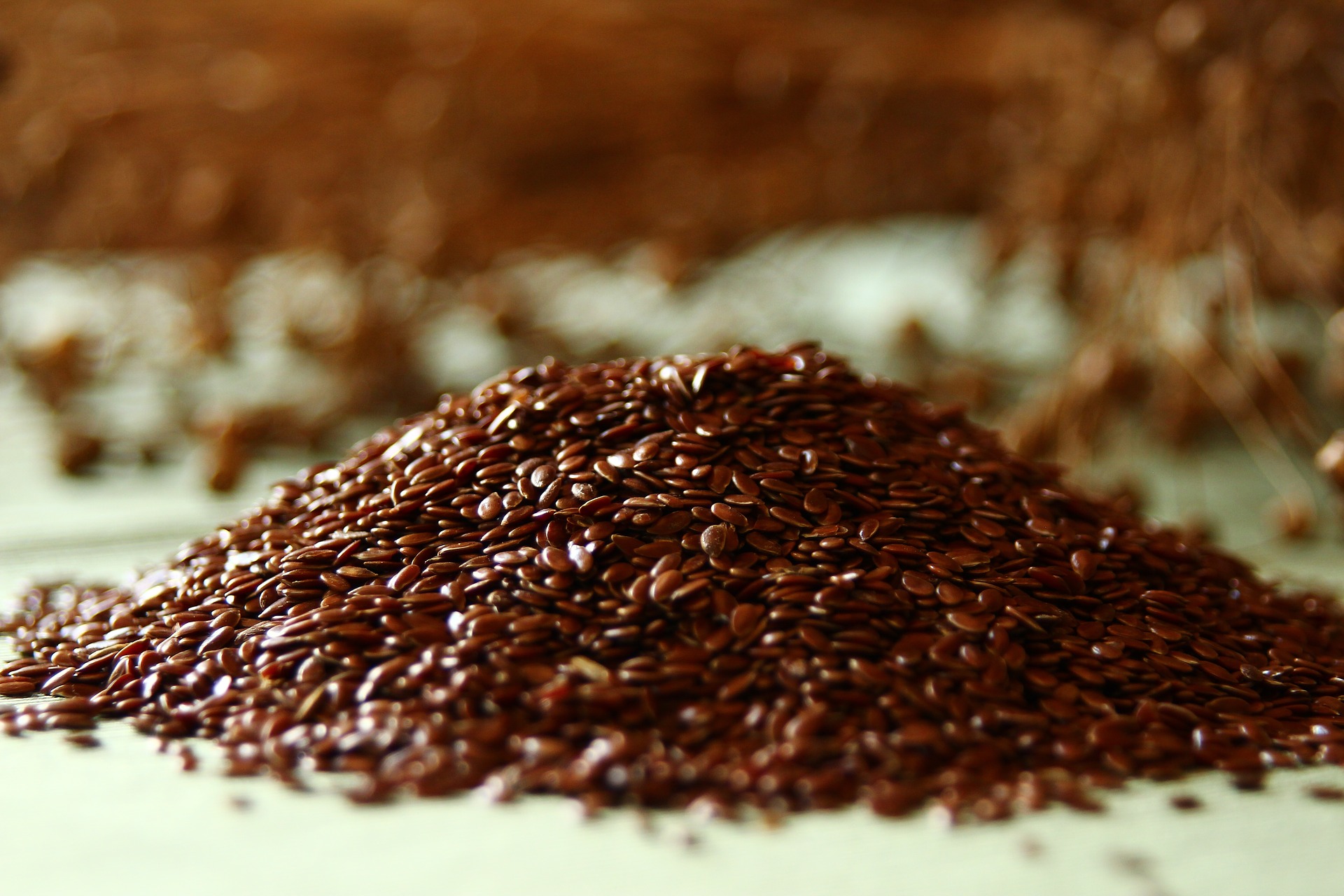 Image of Linseed by alexdante from Pixabay

Actually, there are several thousands of these plants secondary metabolites, so it's impossible to touch all. However, the main classes of the phytochemical are my target. Importantly among them is the polyphenolic groups which contain several thousands of phytochemicals. Focus on this post will be on Lignan which is another example of Polyphenolic compound. Its skeletal structure is 2,3-dibenzylbutane. It is part of the building block of lignin which is an organic polymeric structure providing support for the plant cell. Lignin is found in the plant cell wall. It is lignin that provides rigidity for plants bark and wood. All vascular plants and some algae also possess lignin. The molecular weight of Lignans is smaller than lignin and it is also soluble in water while lignin is insoluble, we can admit that Lignins are a good source of dietary fibres while lignans are not.

Lignans belong to the class of secondary plant metabolites that are obtained from the oxidative dimerization ( addition reaction between two molecules giving rise to an adduct. In another word, Lignans is an adduct ) of two or more phenylpropanoid C6-C3 units. The dimerization is on β and β’ carbon. Lignans do not stand alone they are joined together with lactones or ether or even carbon bonds. All Lignans has the same origin of synthesis but they are diversified in terms of structures which make them unique. The unique nature did not stop at structural diversity, they also have exhibited some biological activities in the body. Because of their biological activities in the body, lignans have become a target by scientists to want to develop several methods of synthesizing them in the laboratory. Researchers are advancing means of synthesizing various of this class of plant secondary metabolite. Lignans possess steroid chemical structures. They have several structural diversity, although they have a common origin of synthesis in the plant. Their synthesis is through the shikimic acid pathway. In the body, they look like the hormone estrogen and their presence in the body can even inform the body to produce less of the estrogen hormone although, they are of plant origin and that is why they are referred to as phytoestrogens. They are however not the only group of phytoestrogen another example is flavonoids. In fact, when they enter the body, they are biologically active with several biological activities in the body which include antitumor activities, anti-inflammatory. They are also antioxidant meaning that they scavenge for free radicals. Some report also shows that lignans are also good for the heart as it reduces cardiovascular diseases.

The kind of diet you consume will determine the amount of lignan that is available to the body. When you consume whole grains, fruits, seeds and vegetable, you are consuming lignans in relatively low concentrations as they may not exceed 2mg/100g. A higher concentration of lignans can, however, be found in sesame seed and flax seeds. These have as much as a hundredfold higher than any other plant source. Flaxseed has around 335mg/100mg while sesame seeds have as much as 373mg/100mg of lignans. When you consume whole grain, to be specific the bran layer or the seed coat of a seed, you can still have a bit high content of lignans. Walnut is also not a bad idea to keep you strong in your heart as it contains some amount of this phytochemical. Taking wine, tea, and if Kiwi fruit is close to you, you can as well get a considerable amount of lignans.

When you consume lignans containing diet, the lignans there are metabolized by intestinal bacteria thereby turning the compound into 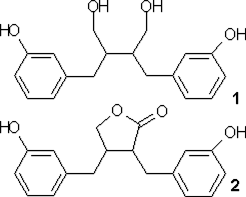 enterolactone, enterolignans and enterodiol which happen to be mammalian lignans that can then be readily absorbed. These are believed to be responsible for reducing the risk associated with a different kind of cancer such as breast, prostate and colon cancer. It will be of great importance to recognise those molecules that are present in the plants which are the precursors of lignans. They have been recognised in human diets as the chemicals that are converted by intestinal bacteria into enterolignans, enterodiol and enterolactone. These precursors include Secoisolariciresinol, matairesinol, lariciresinol, and pinoresinol. Out of all the precursors mentioned, Secoisolariciresinol and matairesinol have been so much focused on because they belong to the first categories of the precursors to be identified and they form 25% of the total lignans. Also in the lumen, Enterodiol can as well be transformed into enterolactone by the intestinal bacterial.

How does Lignans help your body?.

This class of secondary metabolites are actually known to be biologically active against plants pathogens and ultraviolet radiations. Their functions depend on their structures. So that means the kind of function that lignans are likely to exhibit in your body depends on its structure. Literature has revealed that Lignans is subdivided into eight groups which follow how oxygen molecule is embedded in the structure as well as the pattern of how the molecules joined together in cyclization. These subgroups are listed below.

Each of the subgroups can also be further divided depending on the oxidation level of the molecule as well as other aromatic rings that are attached to.

When you consume plant-based food such as flaxseed that naturally contain Lignans, you are likely to save yourself from any form of cardiovascular diseases because flaxseed contains 35% oil which is highly rich in alpha-linolenic acid (ALA) an essential fatty acid that has been well attributed to preventing and in the case of heart disease treat the condition. Consuming Flaxseed especially by those that are prone to having heart conditions might be of great benefit to them. Alpha-linolenic acid has been said to prevent blood clotting in the heart as well as improve the rhythm of the heartbeat.

Also, it has been reported that derivatives of Lignans have the potential of cytostatic activity against colon cancer. So consuming it may help prevent colon cancer. Also, there are claims from reputable literature that derivative of dietary Lignans secoisolariciresinol
diglucoside taken as a supplement has helped to lower diastolic blood pressure among Canadian men but the same result was not obtained when given to women of the same age group.

Naturally, Lignans can be said to have good antioxidants properties which avail it the opportunity to help human to deal with various health challenges. In the body, it is metabolised to enterodiol, enterolactone as well as enterolignans by anaerobic microbes in the human digestive system. These are the forms at which the body can absorb them through the small intestine. Although the conversion of free lignans in the digestive system is not the same for everyone.

Consuming food rich in Lignans has the potentials to help prevents certain diseases in the body such as cancer and heart diseases.