First of all my respectful greetings to all the academic and scientific community of Hive.blog, especially to #stemsocial, #ocd and #curie, in this opportunity we will continue to expand our knowledge in relation to non-electromagnetic radiations, so we will analyze cosmic rays in general.

Radiations of any nature are an intrinsic part of our existence and we have been able to demonstrate this through each of the previous articles, where we have already made a general analysis of electromagnetic radiation such as ultraviolet, infrared, microwaves, X-rays, radio waves, gamma rays, and of course, our essential spectral fraction of white or visible light.

Then we move on to other types of non-electromagnetic radiation such as corpuscular radiation, and in these we find alpha (α) and beta (β) rays, the important thing to keep in mind is that radiation is all those energies that propagate from one space-time to another, and that usually our optical systems cannot visualize.

In this opportunity we will continue with our purpose, that is, the search for any form of energy propagation, and therefore, we will analyze and know in a general way the super ultra energetic cosmic rays, these particles have traveled for a long period of time through our outer space, we must emphasize that we will point out certain sources of cosmic ray generation, and the same due to its great energy potential belongs to the dangerous family of ionizing radiation, where, of this family we have already known the X, gamma, alpha and beta rays.

This type of radiation, i.e. cosmic rays, are the most ionizing of this family and are constantly reaching our planet until they make contact with the surface of the Earth and even with our bodies, however, it is important to express that for our benefit the atmosphere protects us from this type of radiation with high amount of energy, however, a certain amount of these rays manage to pass, but fortunately they do not produce a risk so far for our health.

When referring to the sources of generation of this type of radiation we can say that they are not found on Earth, that is, they are not terrestrial, there are even studies that indicate that the most energetic cosmic rays that are known come from outside our galaxy (Milky Way), and thus, they are extremely cosmic.

Nowadays, this type of radiation is known as ultraenergetic particles, however, they are still called cosmic rays. The previous conception of cosmic rays was initially established because it was believed that this type of energy manifestation had an electromagnetic origin since it was related to gamma rays of very high energy.

It is necessary that we can emphasize that so far we have not found a limit for these rays or cosmic radiation in relation to the energy they possess, so that this feature has been a huge challenge for the world of science during all this time, since the most natural (according to physical theories) is that the energy of this type of radiation behaves similarly as do the particles of a gas, ie, following the distribution established by Maxwell, however, with these rays does not happen in this way.

The study related to the origin of this type of cosmic radiation is constant since it is still not precise with accuracy, especially for those manifestations of ultraenergetic type, however, we can say that one of the main sources of generation of this low energy cosmic radiation is the Sun, and the radiations with higher energy quantity are likely to originate in wonderful activities of our galaxy as supernovae.

It is important to highlight that the cosmic radiations with the highest energetic charge known to man, its origin has not yet been determined, and this is because no activity developed within our own galaxy has been able to originate so much energy in the particles expelled, this has led the world of science to focus outside our Milky Way.

Intuitively when hearing the expression cosmic rays, anyone would relate these words with any form of energy transmission coming from our outer space, therefore, outside our planet Earth, this allows us to define cosmic rays as those particles which bombard the Earth from any angle, that is, in all directions, and the same emitted from our solar system, galaxy (Milky Way) and even from outside our galaxy.

Our outer universe (solar system or galaxy) emits any type of radiation, either electromagnetic or corpuscular in nature, the name cosmic ray was given because initially it was thought that this radiation was electromagnetic in nature, specifically gamma rays of very high energy, at present, we could easily call them particles with ultra high energy, however, still retains the term cosmic rays.

In selecting the most powerful of the radiations present in our universe, we must undoubtedly select both gamma rays (electromagnetic in nature) and cosmic rays (corpuscular radiation), both of which are the most ionizing of all, and among them cosmic rays are still the most energetic and most ionizing that we have known as mankind so far.

In spite of its high amount of energy, it is important to express that thanks to the action of our atmosphere we can continue to exist on this planet because it works as our natural shield against these powerful and ionizing cosmic rays, however, a considerable amount of these rays manage to sneak to our surface, but they arrive with little energy charge and do not cause us any type of damage.

At present, the exact origin of cosmic rays is still unknown, especially those of ultra high energy, what we can say is that they are essentially constituted by protons and nuclei without electrons, which travel with a great amount of energy, the cosmic rays of low energy amount come from natural sources such as the Sun, as well as from other stars close to our planet Earth, as shown in the following figure 1. 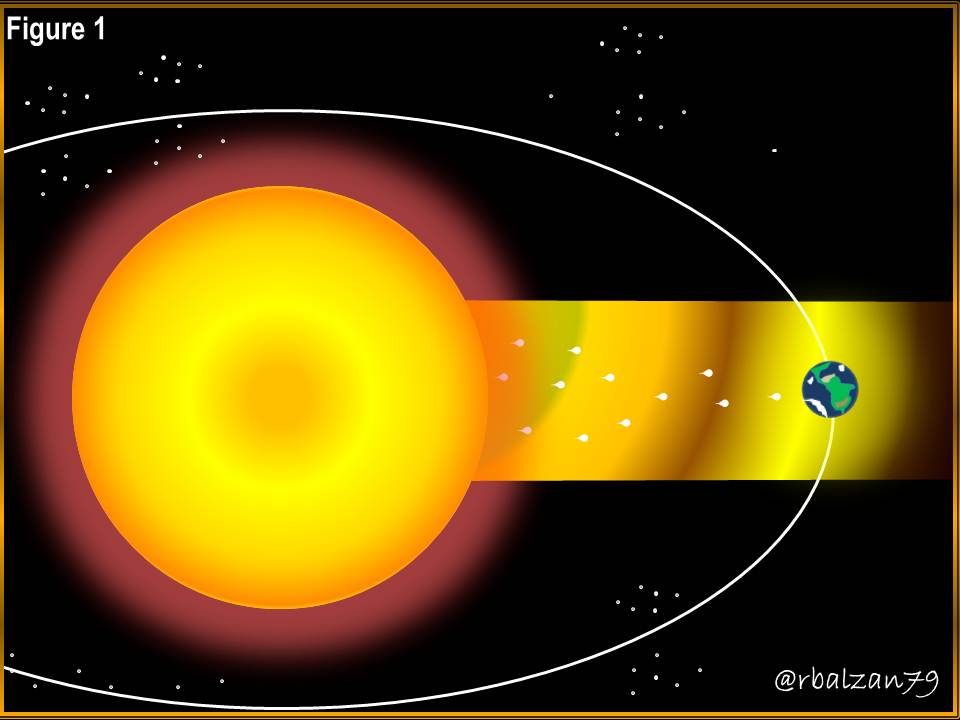 Figure 1. Emission of low-energy cosmic rays from the Sun When talking about the most powerful cosmic rays, that is, the ultra high energy ones, we can say that there is some evidence that indicates that these may originate outside our galaxy (Milky Way), this is due to the fact that currently it is not known the mechanism implemented by our nature to accelerate these particles which reach energies 100 million times higher than those reached in laboratory practices, as well as the places where the accelerators of these particles are located, then let us visualize a possible source of generation of ultra high energy rays in the following figure 3. 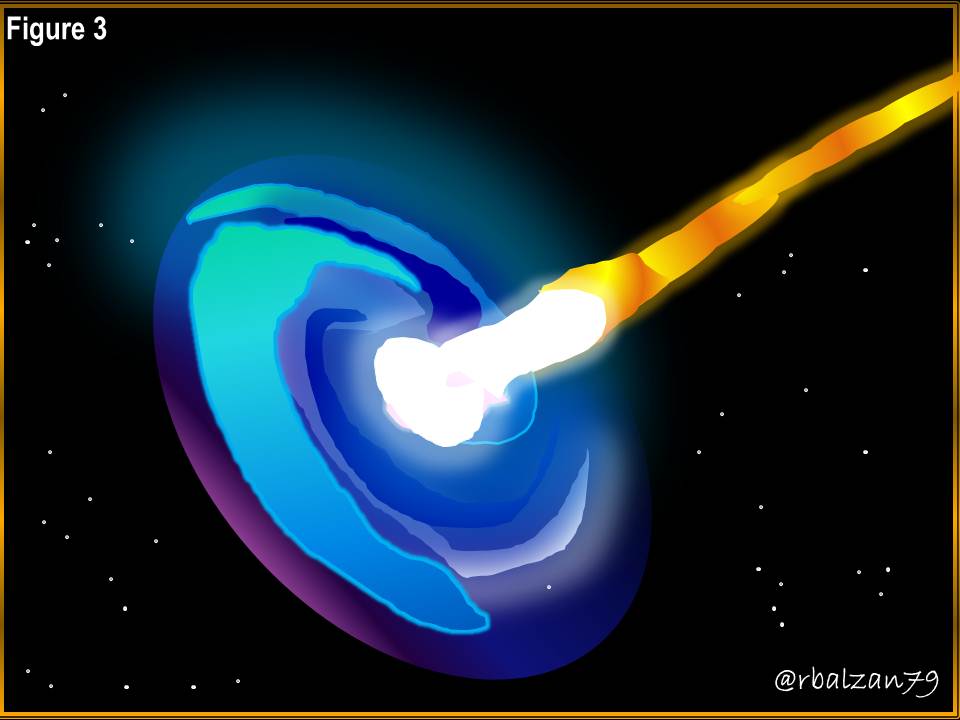 It is necessary to emphasize that the properties or characteristics of this ultra-high energy cosmic radiation have been measured through the detection of the so-called atmospheric cascades, which originate when the primary particles of these cosmic rays interact or collide with the atoms of the nuclei of both nitrogen and oxygen that make up our protective shield as the Earth's atmosphere, then we can visualize this type of cascade of secondary particles in the following figure 4. The field of science has managed to simulate the behavior described above, and this has been achieved through the use of simulators for the detection of secondary cosmic particles, among which we have muons, the latter are heavy siblings of the electron, below is a likeness of a detector of secondary particles of primary cosmic rays in Figure 5 below. 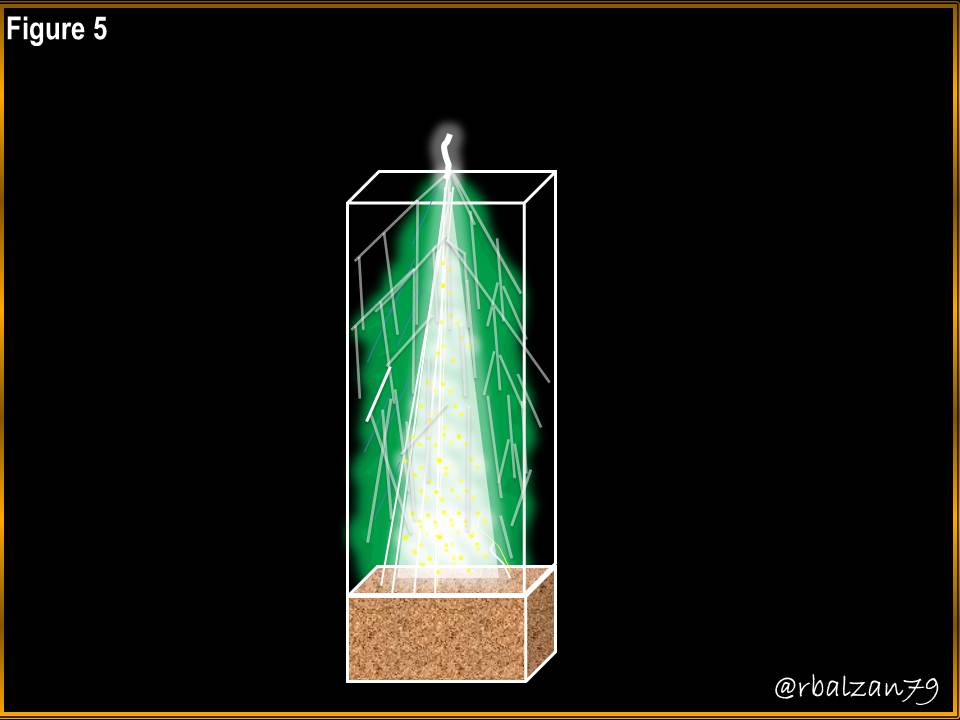 We know that our natural optical systems (eyes) do not have the ability to visualize these cosmic rays, however, if we could imagine that our eyes would be able to act as these detectors described above, we would undoubtedly witness the action at all times of these secondary cosmic rays, since they come into contact with the Earth and our bodies without us realizing it, as well as they can pass through any object in our environment as we can see in the following figures 6. Figure 6. Secondary cosmic rays in cascades at any instant of our lives

Throughout our scientific-technological history, we have noticed that our very complex but kind universe invites us to continue acquiring any kind of knowledge that it shares with us, however, there are still many enigmas to be deciphered but man does not rest for the solution of these.

The incredible thing is that with the passing of time we have considerably elevated our intellectual capacity, and with it our quality of life in all senses, and the knowledge of each of the radiations analyzed above is proof of the above, since the vast majority of these radiations are totally imperceptible to our visual system, but nevertheless, we have had the enormous capacity to study them and also implement them in different activities of our daily life, and more importantly, to place them at the order of our health care.

In this opportunity we learned even more about the super energetic cosmic rays which as we said belong to the family of corpuscular radiation, this is because they are propagations of particles with a certain mass charge, and we must also emphasize that they are highly ionizing and penetrating more than the powerful gamma rays, however, fortunately we have a natural shield as is our atmosphere, otherwise our existence on this planet would not be possible.

We can say then, that the road is long in the search for the origin of the energetic capacity of these super energetic cosmic rays, and which must originate even outside our Milky Way, and in this way, they are really cosmic, which makes them the most powerful type of ray or radiation that man has known in all its history, finding as sources of generation of low energy cosmic rays the Sun, and other impressive violent phenomena such as the explosions of supernovae.

Until another delivery my appreciated readers of Hive.blog, specially to the members of the great community of #Stemsocial, which receives the support of another wonderful community like #curie, reason why I recommend widely to be part of this exemplary project, since they allow us to emphasize the wonderful task of the academy and the enormous work of all the field of science.

Note: The images that refer to fonts are my own, made in Power Point, the animated gif was made with the PhotoScape application.

[2]The Physics of Cosmic Rays

It looks like this post contains a link that does not use a secure protocol: http://www.issibern.ch/PDF-Files/Spatium_11.pdf.
HTTP is in use instead of HTTPS and no protocol redirection is in place. Be careful and do not enter sensitive information in that website as your data won't be encrypted.
It's also a good habit to always hover links before clicking them in order to see the actual link in the bottom-left corner of your browser.

More info on this service here. For more information on HTTP unsafety read: https://whynohttps.com   https://web.dev/why-https-matters.
{average of post/comments with HTTP links I found per hour: 53.7}.
This auto-reply is throttled 1/20 to reduce spam but if it still bothers you reply "OFF HTTP". Or reply REVIEW for manual review and whitelisting.
100%
-100%

Thank you for your valuable community support. Best regards.