A photon is a type of elementary particle, also called a boson particle. Photon is massless so the speed of this particle is faster than anything in the universe. Photon carries electromagnetic force. Electromagnetic forces are light, radio waves, microwaves, X-rays, gamma rays etc. which are carried by photons. We get the sensation of seeing when light is carried by photons into our eyes. Einstein's quantum theory of light stated that light exists as tiny packets or particles in March 1905 . In 1926, Gilbert N. Lewis popularized the term 'photon'. Today we know this small packet or particle of light as photon. Photons are emitted during normal natural processes. When an electron moves from a higher orbit to a lower orbit it emits a proton which is a packet of energy. During molecular, nuclear transitions from higher energy levels to lower energy levels, photons of various energies from radio waves to gamma waves are emitted. Again, when a charge flows through the accelerator, the photon emits a type of electromagnetic radiation called synchrotron radiation. Annihilation of a particle and its corresponding anti-particle can result in the emission of photons.

In 665, Sir Isaac Newton performed his famous prism experiment. He shined white light through a small hole onto a prism which split into seven colors as it passed through the prism. As there are seven colors in the rainbow, these seven colors were found in this observation. Newton thought that light is a particle? Surprisingly, he thought light was a massless particle. Even so long ago, his ideas proved that scientists are very clever and far-sighted Considering light as a particle helps to explain light reflection. Regarding the reflection of light, Newton believed that light is reflected back to matter as particles. He could not explain Newton's theory of particles penetrating transparent glass.

In ancient times, light was thought to emanate from the human eye. We are lucky that we know from birth that light emanates from light sources and not from our eyes. You know the famous Greek philosopher and mathematician Euclid. He thought that the light emitted from the human eye falls on the object and only then does the person see the object. Now think how weak our science was at that time. In fact, it was not so easy to understand in the tenth century because at that time there were not so many useful tools in the world and people did not have enough information.

That time, Arab scientist Al-Hazen came to change this misconception. Al-Hazen was born in 965 in Basra, Arabia and died in 1039. He said, light is reflected from objects and not from human eyes and falls on our eyes, so we see objects. 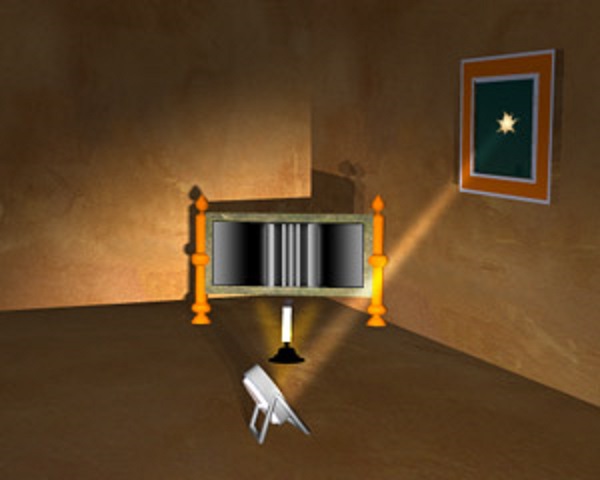 Scientist Al Hazen adopted a neat technique to conduct the experiment. He made a small hole in a wall and hung two lanterns at different heights outside the room. After that he stood in that dark room. Alhazen observes that the light from each of the two lanterns illuminates a different spot in the room, and that each lit spot forms a direct line with the hole and a lantern outside the room. He then covered a lantern and saw that a bright spot became dark and when he uncovered the lantern the spot became bright again. In this way he understood that light does not come out of the eye but when the light enters the eye we can see the object. The people of that time could not accept his decision. There is a debate about it in the scientific community

Al Hazen studied light and said that light slows down when it passes from a denser medium to a lighter medium. Which we know as truth today

In 1801, a physicist named Thomas Young proved the wave theory through the double slit experiment. This experiment was able to strongly predict the wave-like nature of light. Thomas Young believed that light is made up of waves and he also said that when two light waves meet, some form of interaction occurs. This theory gave a revolution in physics and established the wave theory which made Newton's particle theory worthless.

1905 when Albert Einstein entered the science of light. He overturned the old theories of science one after another. He published the famous theory of general relativity that year. Einstein did another groundbreaking work that year, explaining the photoelectric effect. He was awarded the Nobel Prize for his great contribution. The matter of light became clear to the world. He thus clarified that light is a particle and its flow is a wave. It was good it was great The wavelength varies according to the energy level of the photon. Violet light has the highest photon energy and red light has the lowest photon energy. Infrared, microwave and radio photons have relatively low energy while ultraviolet, X-ray and gamma ray photons are found at high energy. Again, the shorter the wavelength, the more energy the photon will have, and the longer the wavelength, the lower the energy of the photon. You can easily understand it from the above picture.

Photons always travel at the speed of light through vacuum, whether they have low or high energy. The miraculous thing is that if you stand still or run at a speed behind the light, you will still see that the light is running at the same speed, about 300,000 km/h, which our brain can't even imagine. However, instead of speed, it is the energy of light that is transferred. For example, if you are close to the light it appears blue which indicates it is of higher energy If you move away from the light and it appears red that indicates lower energy of the light. The speed of light does not change at all because the highest-energy photon and the lowest-energy photon travel at the same speed.

Photons are tiny packets of energy whose energy depends on the color or wavelength of light. When a substance absorbs a photon, the energy of the photon is transferred to the electrons of the substance. We know matter can absorb light. An object appears black only when the object absorbs all wavelengths of light. However, after the photon is converted into an electron in matter, it is converted back into heat. That this process is constantly happening in matter. We can use these electrons by creating a current. This is how solar energy is produced. Photon-derived electricity is now widely used, which is generated in solar panels.

Although photon is an extremely small particle, it is very useful in our daily life. In addition to the things we can see because of photons, it also has uses like WiFi and solar panels and radio and microwaves and X-rays. Photons have also improved our medical procedures. Photons are used for diagnostic imaging. These high-energy X-rays are used to destroy cancer cells. The cell phone we hold carries signals through photons. The importance of photon from ancient times to present is immense but common people do not know it

An article with a complete and detailed explanation about the photon and light.
Thank you and good luck.

But I have a question on photon.
If photon has no electric charge, how then does it carry energy and momentum? Is it not supposed to be innert?

Photon has no mass but momentum. Scientists say so and prove it through math. Like photons, other uncharged particles exist, such as neutrons. Hope you understand the matter.

Yeah...thanks for the clarification. Its clearer now🤝