I have a question: Could you actually use Wolverine's body to continuously end world hunger?

My girlfriend sent me this meme: 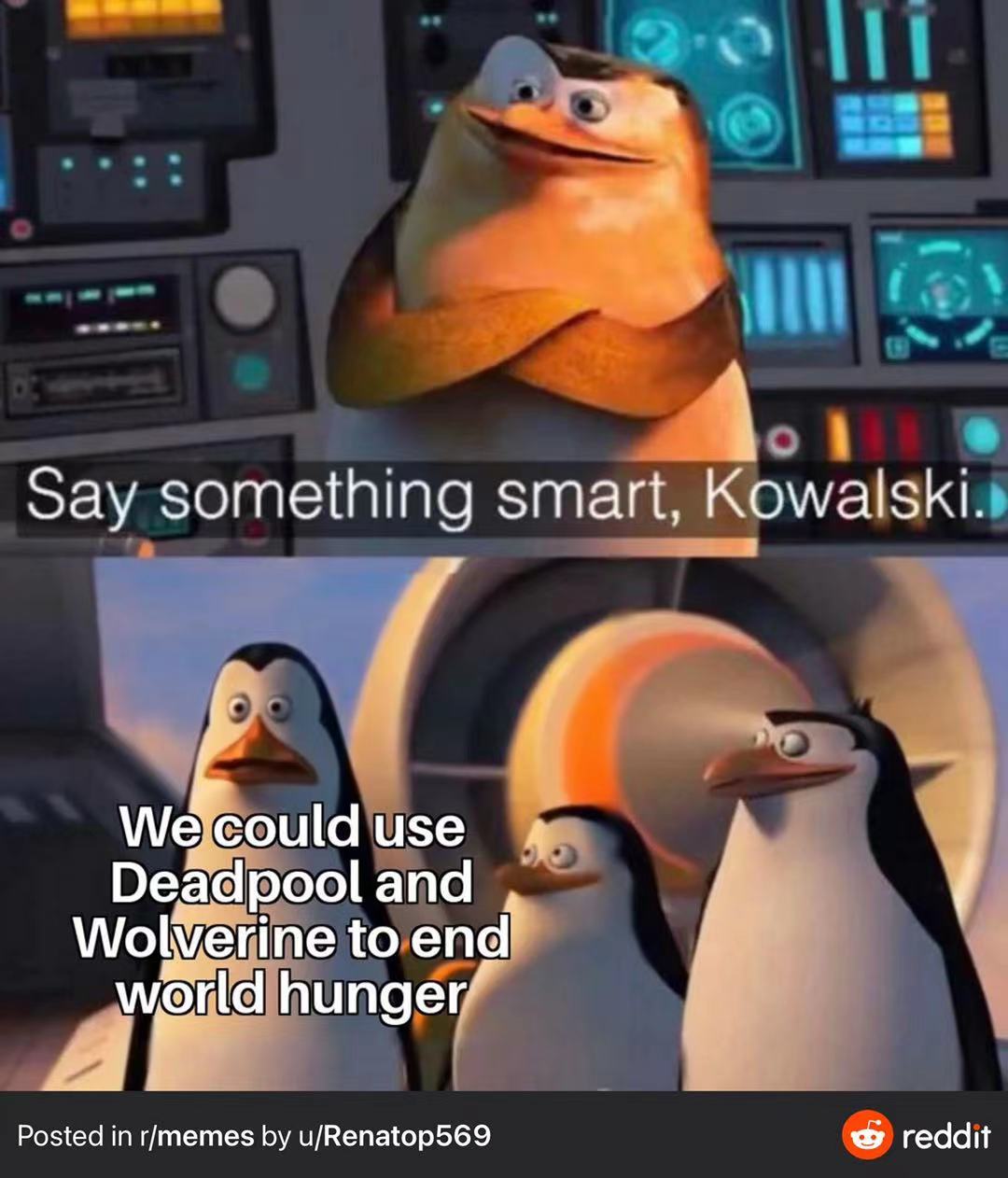 And I gave her a 'smart' answer as a rough estimation as to why it wouldn't be possible. That being said, I am no mathematician nor physicist, so I am curious how it might be solved from any NERDS out there who can work this out more precisely.

With some googling, I made some very rough estimates.

By adding the total calories required to end hunger for all humans (Assumption that all humans are adults, averaging over male and female, since this is a long term project), and converting that into Mega joules of energy, I found that you'd need about 200,000 space rocket launches-worth of energy PER DAY.

Put another way, it would be about 630,000,000,000 mega joules per day of energy equivalent, which is a significant (though still obviously small) fraction of the total energy the earth gets from the sun at any given time.

When you localize that down to a cube metre or so that would be Wolverine's body, the process of him constantly regenerate tissue would create so much energy that it would probably create fusion and vaporize a city.

Alternatively, all the materials his body needs to regenerate doesn't come from nowhere: Does his body regeneration take materials from his surroundings? If so, does that create a phenomenally destructive hole in the earth as his body continues to mine its way through to the core?

Or does it create a vacuum first before ultimately fizzling out before it even gets started as suffocates him?

Does he create a vacuum, suffocates, stops healing, releases vacuum as a result, allowing him to breath again, restarting the healing process which then creates a vacuum and the cycle repeats?

These are the things I WANT TO KNOW.

Also, what kind of machine would be capable of withstanding any of these scenarios to successfully mine wolverine tissue?

If you are able and willing, please drop a comment to enlighten me!

What about the following option: creating pairs of elementary particle-antiparticle from the vacuum? ;)