mengene in StemSocial • 2 years ago 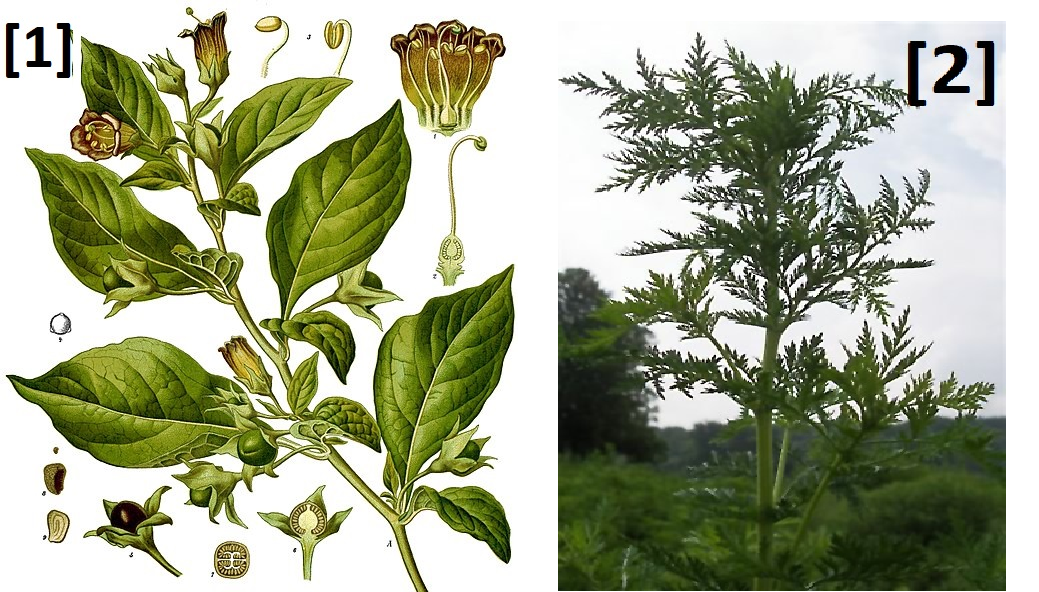 Hi guys! I hope we are all doing fine? In this very post, I will be discussing two plants that are essential for the survival of the human race as they have come a long way to make Medicine a whole lot better as we know it today! Although it may have never occurred to you, but you need to know that plants have probably helped to save your life or at least made you feel way better. In the U.S for instance, ¼ of all prescription drugs are made from substances that can be found in plants only!

Our history with the use of plants to treat diseases comes a long way. Most of these plants used were gotten by sheer luck and the inquisitive nature of humans. People would munch on leaves back then to see if they felt any effects. If they did, they would then transmit this knowledge by passing word around or sometimes get it written down. This is why we still have access to recipes that are almost as old as writing itself e.g. the 5,000 years old Sumerian Clay Slab that lists 250 plants that are used for preparing medicines.

However, most of these recipes do not work and we have a lot of old herbal remedies that are absolutely ineffective, but a number of them did work and we still use some of them in Medicine till today!

I got to find out that most of plant based substances we use belong to a large group of Bitter-tasting Nitrogen-containing compounds also known as ALKALOIDS. They are secondary metabolites and are not essentially needed by plants to survive. They are said to probably offer evolutionary bonuses like for defense against any organism that tries to feed on them. A characteristic common to these compounds is the fact that their names usually end with ‘-ine’. Popular examples are Caffeine, Morphine, Nicotine etc., with many of these compounds having effects on our bodies. Good or bad.

Can be found in DEADLY NIGHTSHADE: Atropa belladonna

A woman in 2009 was hospitalized because she ate just six (6) of this plant’s berries. She had mistaken them for Blueberries. The amazing part is that had she taken 10 berries of this plant, it could have been a fatal story for her!. An example of a killer compound found in this plant is Atropine which can be found spread all over the plant. A funny twist however is that Atropine is on W.H.O’s Model List of Essential Medicines in 3 Places! Surgeons can use it as a sedative before carrying out short operations, or to dilate the pupils when there is need to gain access to the back of the eye.

Even though this compound is extracted from a plant that is so toxic, Atropine has been found to work as an Antidote that works against particular types of poisoning. Since certain Nerve gases and Pesticides are known to overwork the Parasympathetic Nervous System, Atropine can actually help counter the deadly effects of these toxins by blocking the receptors they over-activate.

Another useful life-saving plant-based drug is ARTEMISININ. It actually took a lot of hard science to get this compound which is active against Malaria to work. This compound was developed by Youyou Tu; a Chemical Engineer who was awarded half the Nobel Prize for Medicine in 2015!. A prize truly well-deserved I must say. Haahaa :)

We all know that Malaria remains the number 1 disease disturbing Africans especially in the sub-Saharan region. This deadly disease is said to have probably killed half of all humans’ right from the Stone Age till now and we are still yet to beat this demon! Currently, more than 1200 plant species are used to treat Malaria but only a small percentage of these plants have been properly tested for their effectiveness.

One of the first compounds known to be quite active against Malaria is Quinine which is an Alkaloid isolated from the Peruvian tree; Cinchona calisaya. Chloroquine was later developed synthetically as a safer and more potent substitute for Quinine. But then the Plasmodium Parasite responsible for Malaria developed resistance to Chloroquine which led to scientists looking for alternatives.

Tu and her team turned to traditional Chinese remedies in search of potions or medicines that were said to work for fever. The Sweet Wormwood Plant gave the most promising result in their research but it was also quite inconsistent. In some experiments, it showed high efficacy and in others it was vice versa. Tu and her team at that time, thought that the variations were caused by the differences in how the Wormwood Extract was prepared. She then decided to check out the Old Texts she had used in her quest to find more clues.

According to her, most of the remedies suggested processing dried leaves with hot boiling water, but then she read Ge Hong’s text (an ancient Chinese Philosopher who wrote in 340 C.E) where he described a preparation process that used Fresh Leaves and extraction of the juice was done by soaking the fresh leaves in cold water, wringing them out and drinking the juice directly. A drawing of Ge Hong

With this, they went back to the drawing board and came up with their own extraction method by suing Ether and testing the extract on mice, monkeys and then humans! And it actually worked! The Ether extract killed off Malaria Parasites soon after they got into the Host’s Red Blood Cells with mild side effects. The active compound; ‘Artemisinin’ has created a whole new family of drugs that are still being used to treat Malaria till date.

We take a break here guys. I hope it has been an interesting read all along?! I’ll bring us all a few other plants that are life savers and have influenced Medicine as we know it today to a great extent in subsequent posts so be on the lookout. I hope we can all get to appreciate the importance of plants in our lives, cherish them more and make our ecosystem a better one by planting more.

Thanks for reading through guys Kindly drop your views and comments. Cheers!

As Composed by QUE - A Pharmaceutical and Medicinal Chemistry Student

Artemisia annua has saved humanity a lot. The component of the plant is actually the main component of the famous Madagascar covid organics that claims to cure covid19. I wrote a piece on it not long ago. Good write up!

That is absolutely true. i had high hopes for the organics but it's sad that i don't hear much about anymore these days.. thanks for the support and reading through boss!!

This is some really educative article pertaining to our health and well being.
Great one

Thanks dear... I appreciate you taking your time to read through!

Yes it is . and we ought to make people become more aware so they appreciate plants more. Thanks for reading through!

This type of phytopharmacological information is of vital importance for the current context, where there is little interest in the administration of phytopharmaceuticals.

I'm glad to see that people appreciate this. Thanks for reading through! We need to make people more aware of the importance of phytopharmacology!

Plants have long been a life saviour. With their great potential and therapeutic powers.

Well said brother, without them, we would simply cease to exist! thanks for taking your time to read through

Great article you have here. I just wish i can remember all the botanical names though. I think i will reblog it for future reference. Well done.

Smiles.. you don't have to commit the names to memory lol. thanks for opting to reboot and also reading through! Cheers brother!