DNA FINGERPRINTING AS A BASIC PRINCIPLE AT THE CRIMINALISTIC LEVEL 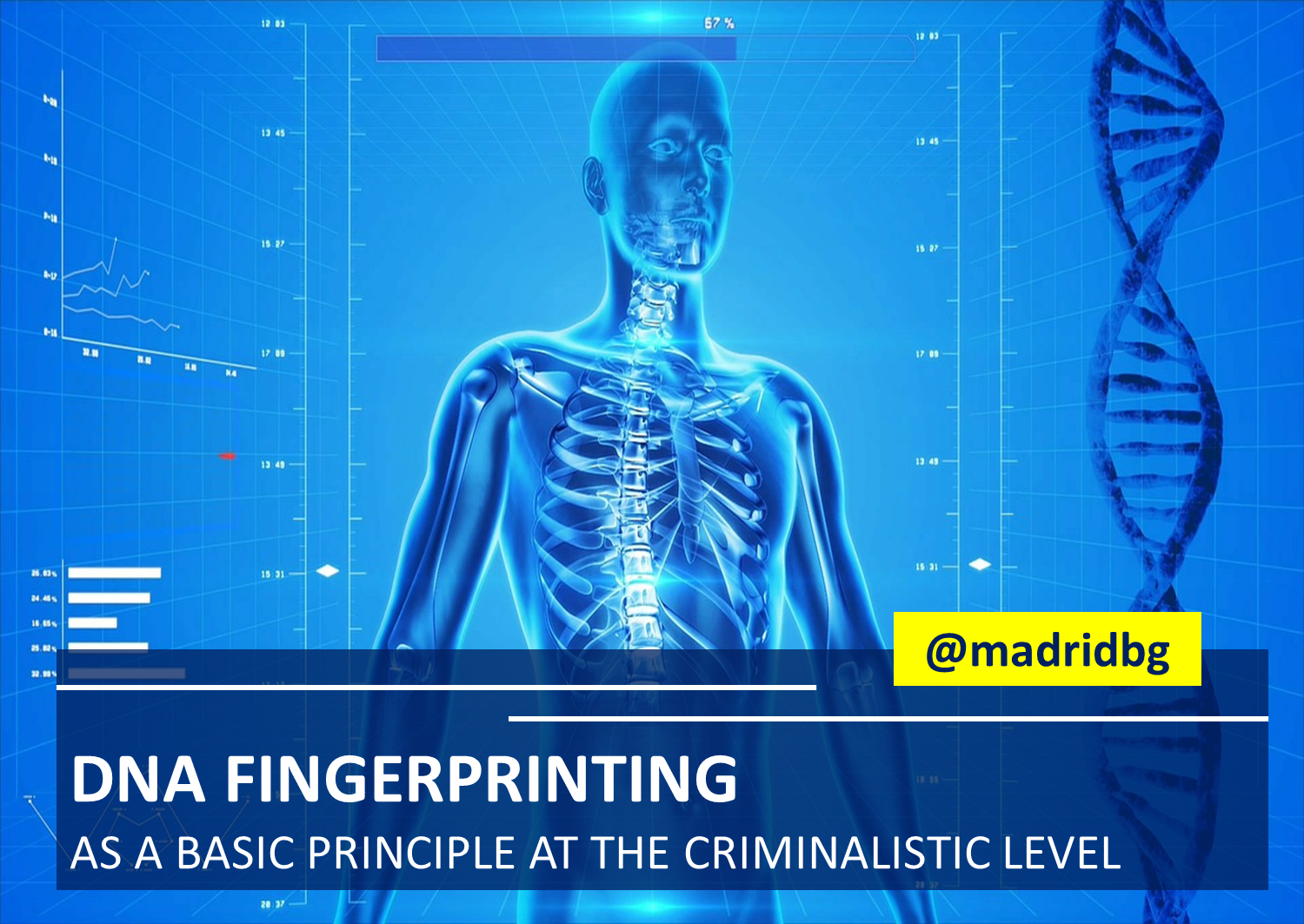 Welcome dear readers of the #Hive platform and especially to all those who make life in the communities with greater scientific contributions under a flexible structure, @stemsocial. The premise of this publication is to present the basis of inheritance based on the behavior of nucleic acids and their use at the laboratory level in the process of identification and recognition of a person.

The study of living beings, from the formation of biomolecules and their metabolic interaction, is carried out by a branch of chemistry that we know as biochemistry, the same has been doing a continuous monitoring so that we can understand the functionality of our body.
In these investigations it has been shown that mechanical work and chemical reactions are indispensable in the functioning of our system, hence I dare to consider us as walking reactions and the day that these reactions cease to occur in our bodies we take steps to what many know as death.
As for the work done by different organisms, we can find that microorganisms are capable of phagocytizing food, for their part plants focus their attention to the sun who provides them with energy after a long work that we know as photosynthesis, likewise, humans and animals must extract energy from food and more specifically from the formation and degradation of biomolecules, among which carbohydrates, lipids, proteins, enzymes, among others.
Where the complex interaction of these biomolecules and the catalyzed chemical reactions end up generating even more grandiose processes that we will describe in the body of this work and which has to do with the storage and distribution of our genetic fingerprint or sequence.

As previously mentioned, the system of an organism is determined by the interaction of biomolecules and the chemical reactions that can develop. In this sense, and in order to instruct the reader and fulfill the objectives of this publication, we will not focus on describing each biomolecule separately, meaning carbohydrates, lipids, protein and enzymes, but rather we will focus our efforts on the fundamental principles within the replication of DNA and RNA, nucleotide acids that keep the fundamental bases of human existence.
Starting from the previous approach it is necessary to question, how we can establish the development of life, that is, if we have a seed how we can predict what kind of plant it will become, or on the contrary how we know that when fertilizing an egg this will eventually become a human being, or how we know that the cells develop indispensable processes for life in a harmonious way and under strict levels of rigorousness.
These are premises that can be explained only if we understand the functioning of the nucleic acids, understood as those chemical substances that carry the fundamental or genetic information of an organism, among these molecules are DNA (deoxyribonucleic acid) and RNA (ribonucleic acid), under these substance is encoded and determines the nature of an organism, as well as the functions and information necessary for the cells to replicate the basic process behind the development and evolution of the species in question.
Structurally, nucleic acids are made up of intertwined nucleotides, which result in the formation of a long polymeric chain, while nucleosides are small building blocks consisting of phosphoric acid, a sugar and a nitrogenous base, the combination of these substances generate nucleotides which in turn generate nucleic acids. So just as proteins need a sequence of amino acids, in nucleic acids it is essential that an arrangement be established between their individual nucleotides, which will be the bases as if they were the construction of a building.

THE WATSON-CRICK MODEL AND DNA MATING

The DNA model developed by WATSON-CRICK provided a broader view of the organization of DNA and the genetic information of an individual. This important breakthrough enabled James Dewey Watson and Francis Harry Compton Crick to receive the Nobel Prize in Medicine in 1961, thanks to the discovery of DNA pairing and its important function of transferring the genetic information of an individual.
In this sense, according to the WATSON-CRICK model, DNA is formed by two strands of poly-nucleotides that intertwine with each other and generate a double helix such as the handrails of a spiral staircase, being the hydrogen bridges and electrostatic interactions responsible for maintaining unity to the strands. Hence, when isolating the genetic material of different species, we realize that although there is the spatial arrangement of the helices, they differ in the structural organization of the nitrogen bases and therefore of the nucleotides present in each strand so that the organization and genetic information is unique to each individual, hence where the combination of nucleotides can become infinite.
An example of this can be seen in the DNA isolated from humans, which consists of 30% Adenine and 30% Thymine, and 20% Guanine and 20% Cytosine, but when compared with that of the bacterium Clostridium perfringens it contains 37% of A, 37% of T and only 13% of both G and C [1]. Hence the diversity of life on the planet and the difficulty of understanding human evolution. For WATSON and CRICK, the two DNA helices are not identical, on the contrary, they complement each other, hence how extensive they can be and in this sense the study should be carried out in pairs to understand the transfer of information between them.

INHERITANCE OF AN INDIVIDUAL AS A FUNCTION OF NUCLEIC ACIDS

In the previous section we evaluated the DNA model based on the postulates of WATSON-CRICK, however, it is valid to question and ask ourselves how is it possible to store genetic information by means of this DNA double helix?
To answer this question, it is necessary to determine that DNA in higher species, such as animals and plants, is housed in the nucleus of the cells of these species in the form of filamentous strands, which are coated with proteins that together form the chromosomes.
These chromosomes biologically consist of thousands of genes, the latter being understood as small DNA sequences, which have valuable information about the synthesis of proteins that the body needs to fulfill its daily functions and thus maintain the development of life. Hence the main function of DNA is the storage of genetic information in an organism while RNA is responsible for decoding and using the information that comes from DNA to meet the requirements of our body.
This process is carried out in three stages arranged as if it were a factory production system, the most important of which include:
In the first instance the replication of information, this process is based on the development of copies of the DNA sequence so that we can generate additional molecules while maintaining the hereditary information that we will transfer to our descendants.

On the other hand, transcription, through this process the information is transferred from the DNA to the RNA, the latter being in charge of the decoding process. Finally we enter the stage of translation, through this process the RNA uses the information obtained from the DNA and generates the necessary instructions in the production of proteins that will keep our system functioning.

DNA DACTYLOSCOPY AS A CRIMINALISTIC PRINCIPLE

Throughout this writing we have been making a sequence of generating the particularities behind the inheritance of an individual where we have been able to know that the genetic information of the species is stored in the helices called DNA, where it has to go through a process of replication, transcription and translation that allows the RNA to process the different proteins that our organism requires.
Based on the above, doctors and criminologists have managed to detect timely, specific and attributable to a specific person sites that identify us throughout our existence and have managed to implement this quality to create databases to address crimes that have been triggered by human beings. 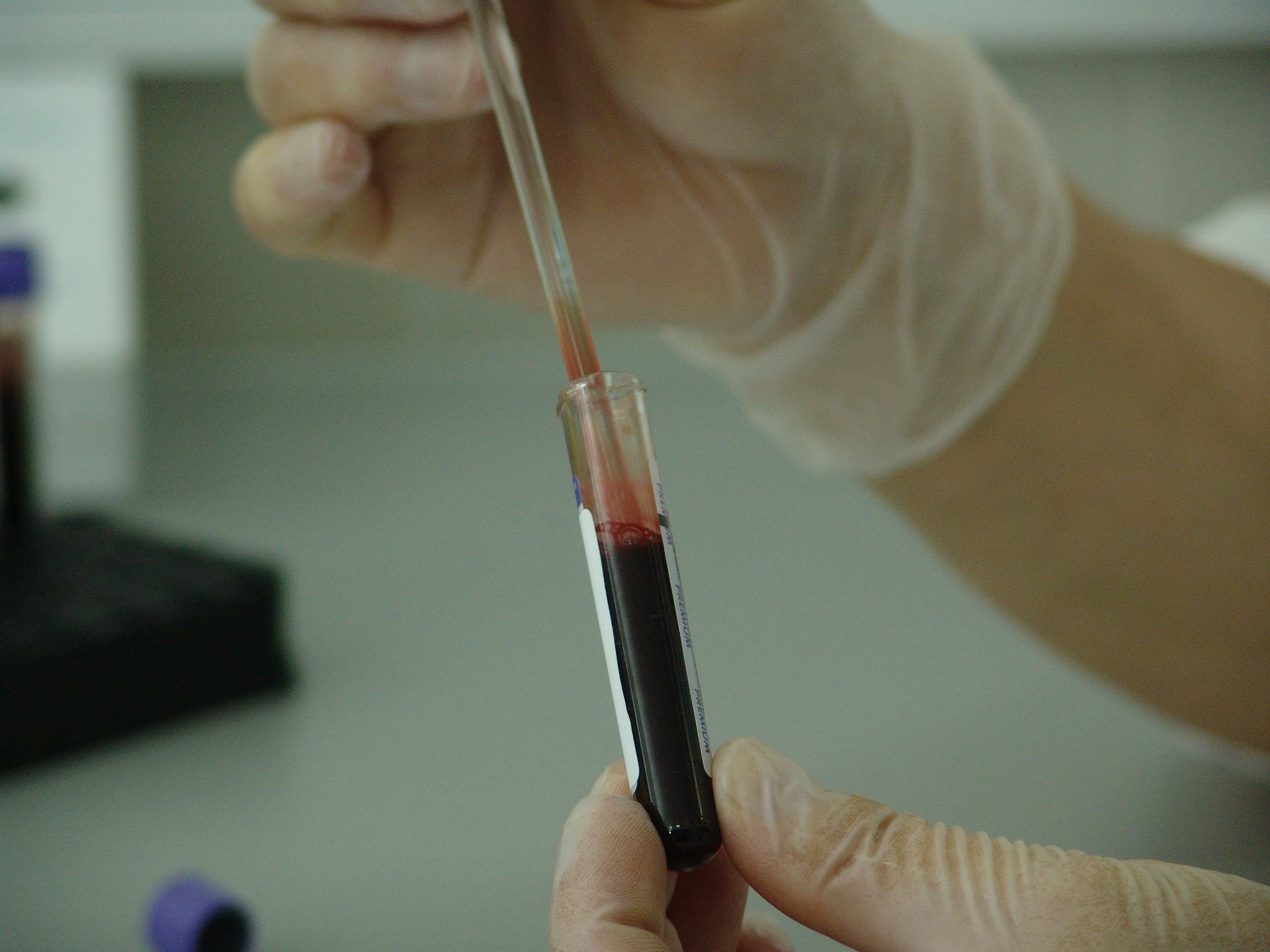 So today it is much more difficult to be a criminal, if you will, partly because of advances in the development of the DNA fingerprinting process, which arose with the emergence of human genes and their constitution of short, repetitive sequences of the genetic code.
At the criminalistic level, a comparative process of the samples collected at crime scenes (blood, semen, hair follicles, skin, clothing, among others) is performed and compared with the DNA fingerprints or replicas contained in the databases, thus decreasing the time and arresting the criminal more quickly.
An example of the above is applied in different crime laboratories in the United States, they have managed to detect 13 repetitive tandem locations, which are the most accurate to identify an individual and based on these have managed to standardize a combined DNA index system that serves as a record of convicts and which has an average hit rate of 82. This demonstrates how effective the process can be in the case of a paternal relationship (father and children), the effectiveness increases by 100,000 to 1. Under this approach even after several generations it is still possible to detect the paternity of an individual by analyzing the DNA within the chromosomes. Similarly, the dactyloscopy procedure is often applied to detect diseases such as hemophilia, sickle cell anemia, cystic fibrosis, Huntington's disease, among others. Hence the fundamental and important discoveries made by WATSON-CRICK.

Undoubtedly, progress in genetics has allowed considerable development in matters of hereditary interest, as well as in the study of diseases that cause so much harm to man. However, thanks to the discoveries of WATSON-CRICK we now know in detail the DNA sequence of humans, as well as their constitution in terms of nucleic acids.
Similarly, the implementation of these processes has allowed to provide greater protection or at least those responsible for crimes are identified more easily thanks to the sequence of material that these people can leave at the scenes where they committed illicit acts. There is no doubt that the knowledge of DNA fingerprinting has been crucial in the progress of mankind, hence the importance and follow-up given to these biochemical procedures.

Submit
0.00 STEM
452 votes
Reply 2
Sort:
[-]
poshtoken  last year
The rewards earned on this comment will go directly to the person sharing the post on Twitter as long as they are registered with @poshtoken. Sign up at https://hiveposh.com.
100%
-100%