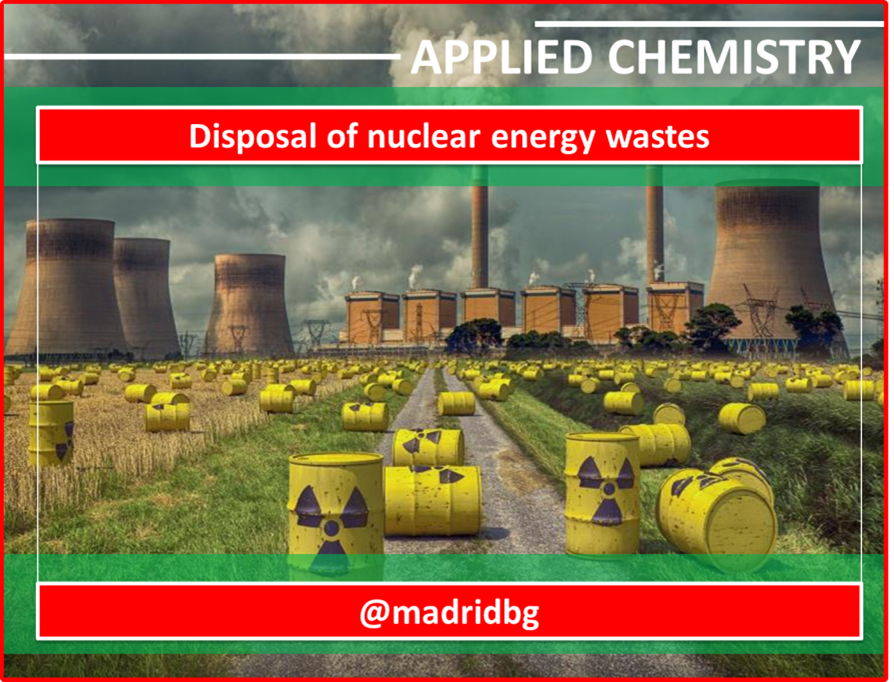 Greetings my dear members of the #hive platform, continuing with the theoretical-practical contributions of applied chemistry as a science, this time, we will address what refers to nuclear chemistry, dedicating our attention on some general aspects assumed since its implementation, as well as the collateral effects in terms of waste that are generated and that have repercussions as pollutants of our planetary systems.
As has been constant throughout my stay on the platform, I share this type of content through the @stemsocial community, a team that has shown a growing interest in academic and scientific aspects.

The production of energy, has become a subject of growing interest for mankind as a result of the high demands of the different societies that make up our planet, where because of the accelerated changes at the planetary level, mankind has seen the need to seek more efficient methods of energy production with the purpose of abandoning unsustainable practices based on the burning of fossil fuels.
In this sense, nuclear energy jumps to the forefront as one of the most viable alternatives in the production of electrical energy, without emissions of polluting gases into the air. Historically, the word nuclear is extrapolated with atomic bombs and extravagant damages that threaten entire societies, as well as the environmental balance of our environment.
Conceptually, nuclear energy comes from the study of nuclear chemistry, which is defined as that branch of chemistry responsible for studying the transformations that matter undergoes at the level of the atomic nucleus and has as precursors Antoine Becquerel, Pierre and Marie Curie, who dedicated their lives to the study of the nucleus of atoms.
Although the perception of society on this concept is negative, not everything is harmful behind this inventive, so through these lines of written production, we will address some chemical fundamentals that allow the understanding of the phenomenon studied, also, we will address the effects on the production of waste generated during the application process of nuclear chemistry.

When talking about radioactivity, it is necessary to mention the research work developed by Marie Curie, a Polish scientist who became known at the beginning of 1903 due to her dedication and contributions to science. Her work included the discovery of the radioactivity of some chemical elements, in accordance with the atomic theories that were known at the time and that allowed conceiving a coherent and unified perspective about the behavior of the subatomic particles that make up matter. Among his works, the discovery of Polonium and Radium stand out, as well as the implementation of scientific techniques that allow the isolation of isotopes of the elements.

Conceptually, the term radioactivity refers to the ability of unstable nuclei to spontaneously emit different types of electromagnetic particles. According to the research carried out by Curie, today it can be established that all those elements whose atomic number is greater than 83 have a marked radioactivity that can be caused by nuclear transmutation, understood as a controlled bombardment of the nucleus of an atom, through the use of electrons and neutrons from other atoms different from the starting element.
On the other hand, radiation by nuclear disintegration or decay, refers to a spontaneous process, where the nucleus of the atom partially disintegrates generating a smaller nucleus different from the previous one, releasing the corresponding radiation, which can be electromagnetic or corpuscular according to the type of particle that radiates and which we will call alpha (α), beta (β) and gamma (γ) respectively. 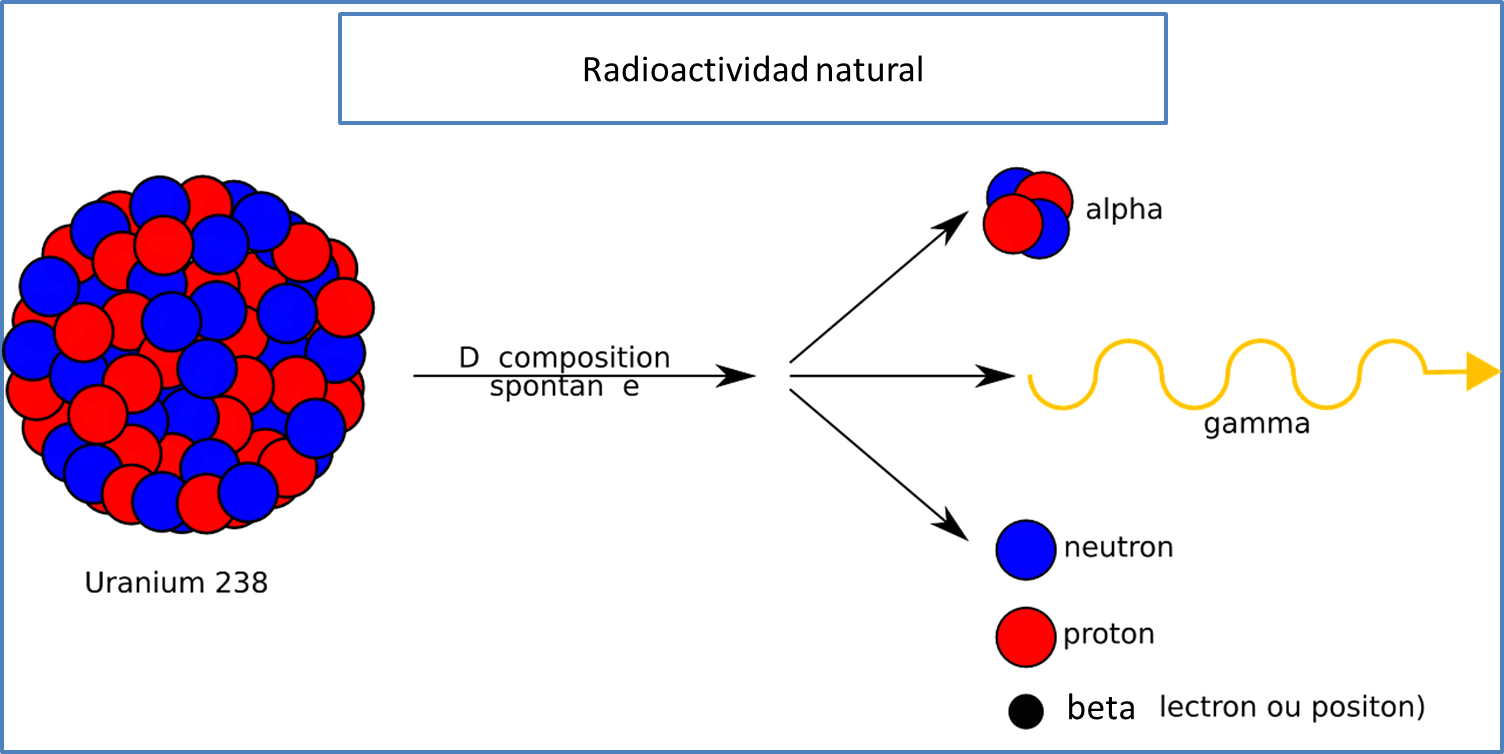 In relation to alpha particles (α), they are of low intensity and due to their positive charge can be deflected by electric or magnetic fields and can be stopped even by a sheet of paper. For their part, beta particles (β), have less mass and are deflected in the opposite direction to the previous ones, so they are considered as electrons and are generated by a process of nuclear disintegration or decay.
Likewise, gamma rays or particles are of high intensity and highly penetrating, product of the excitation suffered by the nucleus due to the release of alpha and beta particles, therefore gamma radiation is not affected by electromagnetic fields, i.e., energetically speaking they are more powerful than those mentioned above.

The process of fusion and nuclear fusion, are alterations that occur in the nucleus of atoms by external action or induced by man, although they are processes that are carried out in the functioning of the universe for example solar energy, man has tried to replicate it with the ultimate goal of producing lethal weapons and in many cases energy to meet the demands of society.
Regarding nuclear fusion, it is a process where small atoms join together to form a larger nucleus, releasing a substantial amount of energy. Research in this area continues to show that if the nuclear reaction can be controlled 100%, we would have an unlimited source of energy, although we are still far from achieving this goal and the main problems are attributed to the extremely high temperatures needed for the process to start.

Fig. 4. Representation of the nuclear fusion process. Someone, 2011

On the other hand, nuclear fission, is nothing more than the division of the nuclei of large atoms into smaller nuclei, where a large amount of energy is released due to the instability of the larger nucleus. The energetic profitability of the above mentioned processes is the constant replication of the same and of the chain sequence that can be produced. 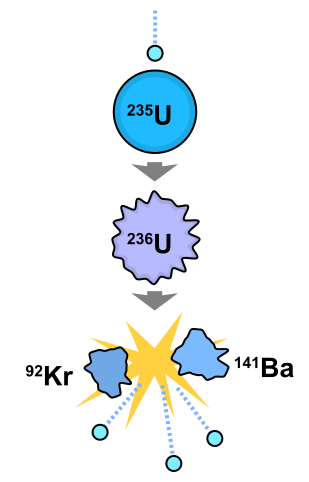 Fig. 5. Representation of the nuclear fission process. Created by Fastfission in Illustrator.

BEHAVIOR OF MATTER IN THE PRESENCE OF RADIATION

As we have mentioned in previous sections, radiation manifests itself with the emission of alpha, beta and gamma particles and the interaction with matter depends on the characteristics of these particles, although there are marked differences in the behavior of these, they have a function in common, which is attributed to the ability to extract ionizable electrons from the materials with which they interact.
The ionizing power of a radiation depends on the pair of ionized electrons extracted per centimeter of the particle's path. In this sense, the alpha and beta particles are not very penetrating, but they are the ones with the highest ionization potential, therefore they are the ones that produce greater affections in living matter.
The interaction between particles and any living or inanimate material is the same and refers to the process of ionization, excitation and dissociation of molecules, therefore in living beings the constant exposure to this type of energy is accompanied by the appearance of diseases such as bone cancer, leukemia and teratogenic effects in fetuses when the concentration of radiation is low, in the opposite case at high concentrations and constant radiation produces a molecular destruction of systems.

RADIACTIVE WASTE AND THE DIFFICULTIES IN ITS DISPOSAL

Undoubtedly, nuclear energy has considerable advantages over the current form of electricity production, whose main idea is centered on the use of fossil fuels, the most important advantages are attributed to the fact that it does not produce polluting gases that can increase the thermal levels of the planet or that can increase conditions such as acid rain or the greenhouse effect.
However, this type of practice has its own drawbacks, which correspond to the waste generated in the process and represent a potential danger to our planet. Radioactive waste has an average life of 300 years in its disintegration if we consider those of low radioactivity such as gloves and clothing used in nuclear practices that can be buried in cement until its degradation. On the other hand, those of high reactivity, also considered as nuclear solutions, have a longer average life, ranging between 24,000 years, where the fuel rods used in nuclear generators and that have reached their final stage are those that represent an imminent danger to our environment, products of the high concentrations of uranium, plutonium and isotopes resulting from the fusion and fission of the atoms mentioned above.
Regarding the treatment of waste generated in nuclear activities, scientifically there are no appropriate methods for its processing and what is done is to store it under the water of the basins near the nuclear plant, although some contributions on this issue are already glimpsed which is to process the waste and use them in the process of loading the new fuel cells so that the amount of by-products generated is reduced. 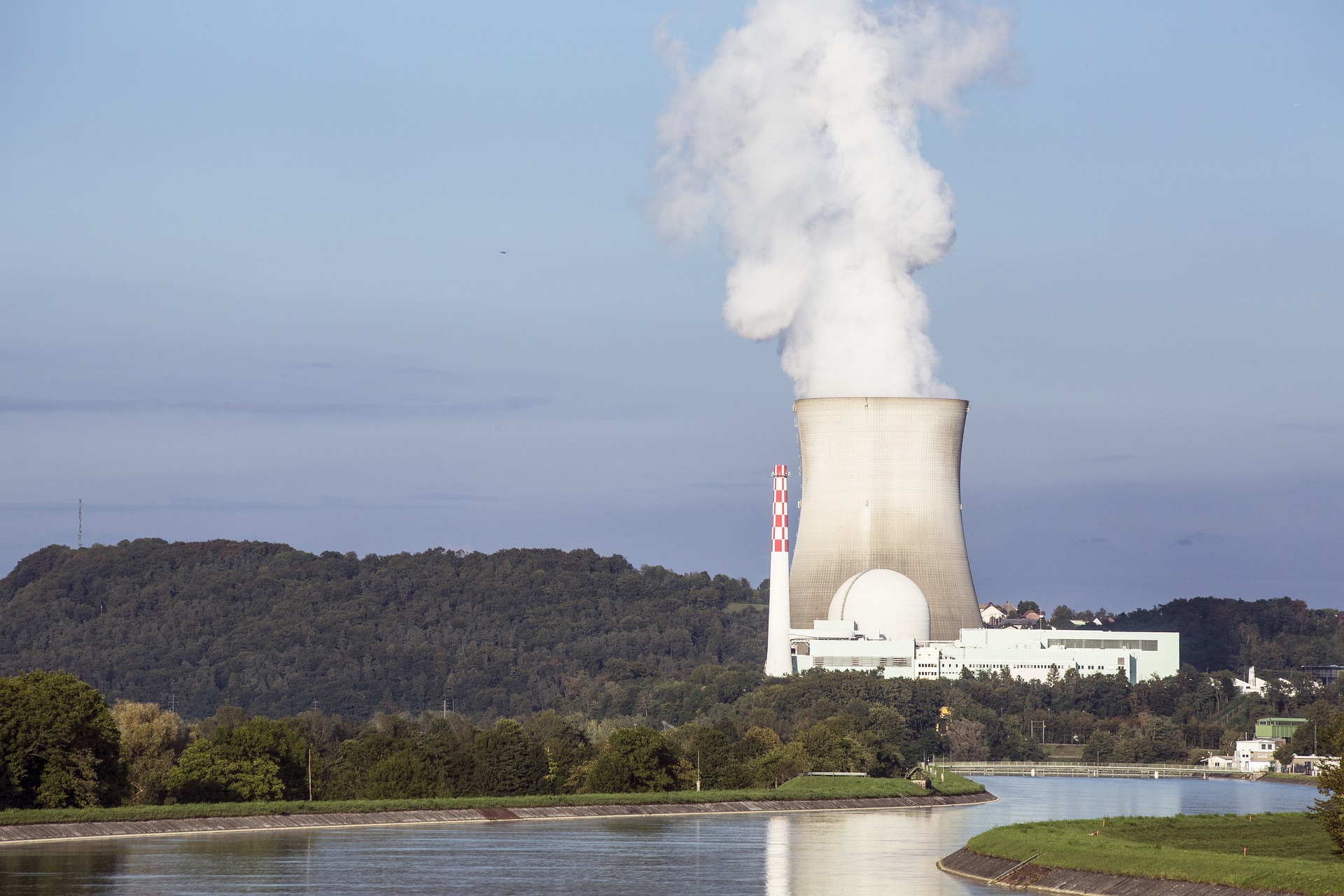 Nuclear energy under the current conception, represents a valid method in the production of electrical energy that comes to replace the use of fossil fuels, as long as it is possible to control the chain reactions generated, as well as to standardize the processing of the waste produced during the development of this method.
Similarly, the reuse of part of the spent cells as by-products or waste represents an even greater danger, since part of this material is used in the synthesis of atomic bombs, so this material must be constantly monitored.
In this sense, through these lines of writing, I open the spectrum for you to express your perspectives in the comments section, about the use of nuclear energy as a method of electrical synthesis.

This was an interesting post to read. I read it through but what I want to comment is this:
"scientifically there are no appropriate methods for its processing"
Am I wrong to say that there are methods to re-use nuclear fuel in "breeder reactors", which then would even further reduce the radioactivity of nuclear waste and shorten the time for the radioactivity levels to normalize.