Male infertility: all you need to know

hillaryisidore in StemSocial • 2 months ago 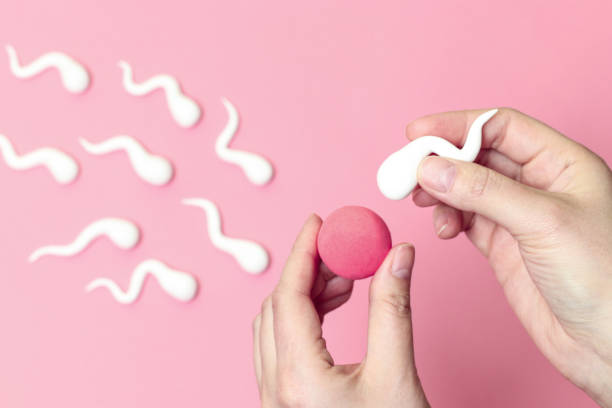 Infertility has become one of the major issue facing every marriage today. It seems to be a problem when drugs and a lot have been done but to no avail.

Infertility as we all know can either be coming from the man or the woman. But in my today's article, I will be talking about infertility in man, the causes and a possible way forward.

This male infertility can be caused by immune infertility,Klinefelter syndrome, and Y chromosome deletions.

This the production of anti sperm antibody against the normal sperm cells in the body. This immune infertility is the cause of 10 to 30 percent male infertility that we have. The antibody works by destroying the surface antigen on sperm cells thereby inhibiting it's motility, capacitation and acrosome reaction.

This is one of the most common causes of infertility in men. It affects one in 500-1000 newborn males. Klinefelter syndrome occurs during gamete formation which result to men having smaller testes, decrease in sperm production and testosterone.

This syndrome is as a result of additional X chromosome in the male normal chromosome making it XXY.

Epididymitis simply means inflammation of the epididymis. Epididymis is a structure found at the back of the testis which helps in the temporal storage of the sperm cell.
This condition may lead to the formation of abscess or may cause a permanent damage to the epididymis. The bacteria that is associated with epididymitis is chlamydia trachomatis.

Also, bacteria infection can lead to so many malfunction of the sperm cell which could result to decrease in sperm cell production or no production of sperm cells. A complete lack of sperm is the cause of infertility in about 15% of men. This pathology is termed azoospermia.

Also, there are cases where a man produces less sperm than normal. In this condition the amount of sperm cells needed for the fertilization of the ovum are not produced. This results to inability to conceive.

Some bacteria disease condition can be treatable if the bacteria causing the disease is being diagnose and the necessary medications are given.

how to diagnose bacteria infection

This is an examination where sperm is being placed on a clean grease free slide.
This test is done to determine the motility of the sperm cells by checking out for the motile and nonmotile cells.

Checking the viability of sperm cells makes you to have a Crue on where the problem of the patient may actually be coming from.

In culture and sensitivity, the sperm is cultured for 24 hours using culture plate.
The motive of culturing is to know the drugs that sensitive to the bacteria infection. Drugs that are sensitive simply means drugs that can be able to cure those bacteria involved in causing infertility in man.

Male infertility is gradually increasing every single day. People keep having one issue to the other.

Visiting hospital to examine yourself is very much important. It helps you to know your stand and enables you to find out any problem in the body before it becomes too late.

Unfortunately, Nigerian’s only believe that fertility problem only has to do with the female gender. Surprisingly, even some educated people frustrate the female in-laws who do not have children of their own yet.

Fertility issue comes from the both side.
Thanks for your contribution