Some differences between organic and inorganic compounds

emiliomoron in StemSocial • 5 months ago
Greetings dear friends of Hive.

As we know chemistry is a science that is dedicated to the study of the composition of matter and the combinations that occur between this, in that aspect is a science that covers many fields, and while there are different types and specialties of chemistry depending on the object of study, such as analytical chemistry, electrochemistry, food chemistry, biochemistry, among others, traditionally this science is divided into two main areas, organic chemistry and inorganic chemistry, the first is based on the study of compounds consisting mainly of carbon atoms, while the second covers all compounds consisting of the rest of the elements of the periodic table, so the difference between them is related to the compounds they study.

Sometimes the difference between them is clear and sometimes it is somewhat blurred. Source: image edited with public domain images: plant, rock.

Although this difference may be basic, it is not always sufficient to clearly define when a compound is organic or inorganic. Consider for example CO2, a compound that is carbon-based, but is considered an inorganic compound; the reason is that it does not behave like a hydrocarbon, i.e., organic compounds are mainly molecules made up of carbon and hydrogen atoms.

So the difference between both types of compounds does not end with the presence or not of carbon and hydrogen atoms in the molecule. Another classic way to differentiate between organic and inorganic compounds is to refer to their origin. If we look at living organisms, they are all composed of molecules made up of carbon and hydrogen atoms and other elements, such as oxygen, nitrogen and phosphorus among others, such as proteins and carbohydrates, while inorganic compounds are mainly found forming minerals in the earth's crust, such as oxides, sulfates and carbonates. Salt and sugar, although similar to the naked eye are very different chemically. Source: @emiliomoron.

So we could say that organic compounds are related to living beings and their remains, and in fact, that is where the name "organic" comes from, while "inorganic" would be the opposite, i.e. devoid of life.

But we must say that this idea is not enough either, since, as we know, nowadays we can synthesize a great number of organic molecules in the laboratory, by means of procedures that do not involve any organism. We can recall, for example, how the synthesis of urea, a compound present in urine and therefore produced by living organisms, was synthesized in a laboratory by Friedrich Wöhler from potassium cyanate and ammonium sulfate[1].

So, actually the division that separates both areas of chemistry can sometimes be blurred, since many compounds are not always simple and do not always obey immutable rules, and in chemistry we can always find a large number of exceptions that contradict some postulate. Therefore, although it is correct to say that organic compounds differ from inorganic compounds because they have carbon and hydrogen atoms, it is necessary to complement this main characteristic with some others that will make the differentiation clearer. That is why we are going to delve a little deeper into it.

Differences between organic and inorganic compounds

The predominant type of bond in organic compounds is covalent.

When we compare compounds such as salt and sugar we can have an example of this distinction, on the one hand salt crystals present ionic bonds, due to electrostatic interactions between ions, while sugar crystals contain covalent bonds, that is, by electron sharing.

Representation of the type of bond in an inorganic and an organic compound. Source: @emiliomoron.

Although some exceptions are also considered, for example, sodium benzoate is a compound that contains in its structure the benzene ring, therefore it is an organic compound, however, between the acetyl radical and sodium there is a strong electrostatic interaction C6H5COO-Na+, so it is said that its crystals are ionic. So we can make this distinction more specific.

Among organic compounds, the bonds between carbon atoms are covalent

For this reason we usually say that organic compounds have a carbon skeleton, since they contain numerous bonds - C - C - that make up their main structure, being able to form a linear or cyclic structure, completing the structure with hydrogen atoms and substituents of various types.

If we observe the structure of a carboxylic acid, such as ethanoic acid for example, we can notice that although it contains the acid function, it also has C-C bonds, so it is organic in nature. 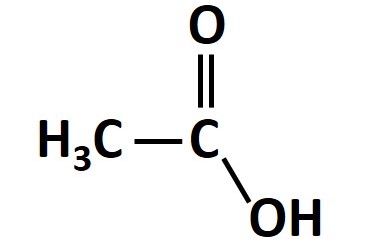 If we look at organic compounds such as palmitic acid, one of the main fatty acids in our diet, we will notice that it has a considerably large molecular mass of 256.4 g/mol, this is because the carbon skeletons that form the molecular structure of organic compounds are generally very large.

In composition, the inorganic elements are more diverse.

As we have already established, the main characteristic of organic compounds is that they are made up of carbon and hydrogen, with some other elements such as oxygen and nitrogen, so many structures can be built but only with these two elements. While we have the rest of the periodic table to make combinations and obtain inorganic compounds, making that in terms of elements, its composition is much more diverse. 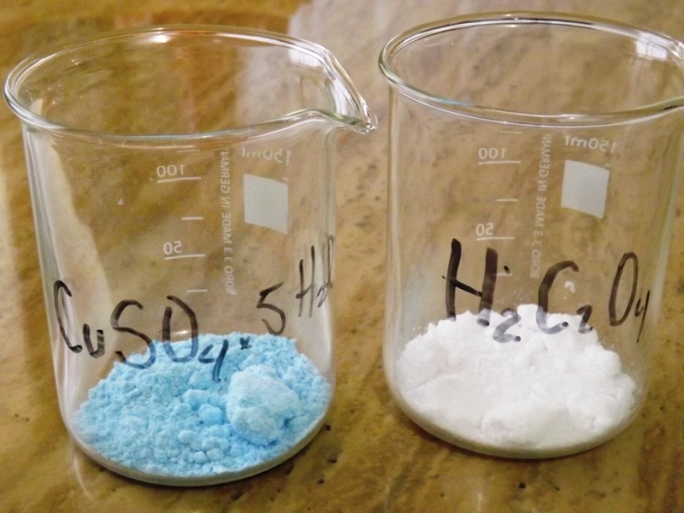 Although it will depend on what type of compounds we are comparing, generally compounds such as inorganic salts have a higher melting point than organic salts, which are more susceptible to decomposition. For example, sodium carbonate, Na2CO3 an inorganic salt widely used to make soap melts at 851 °C, while the organic salt benzoate, C6H5COONa of sodium, widely used as food preservatives, melts at 410 °C. And there are other inorganic compounds with much higher melting points, such as calcium disulfide, CaS2, which melts at 2520 °C, temperatures that no compound of organic origin would reach.

Isomerism is the ability of compounds to present a different chemical structure despite having the same composition, for example, ethyl alcohol and dimethyl ether have the same molecular formula C2H6O, but different structures and physicochemical properties.

These are just some of the physical and chemical characteristics that we can mention to distinguish between an organic compound and an inorganic one, although there are many others of different nature, since many times as we have mentioned, this border can be blurred, so we must keep in mind that although every organic molecule has carbon, not every molecule with carbon is organic.

Thank you very much for reading, I hope you liked the information, see you next time!

The formulas and chemical structures were elaborated in power point.