What Could Exist Beyond Our Universe ? - The Universe Might Be Giving Us Clues 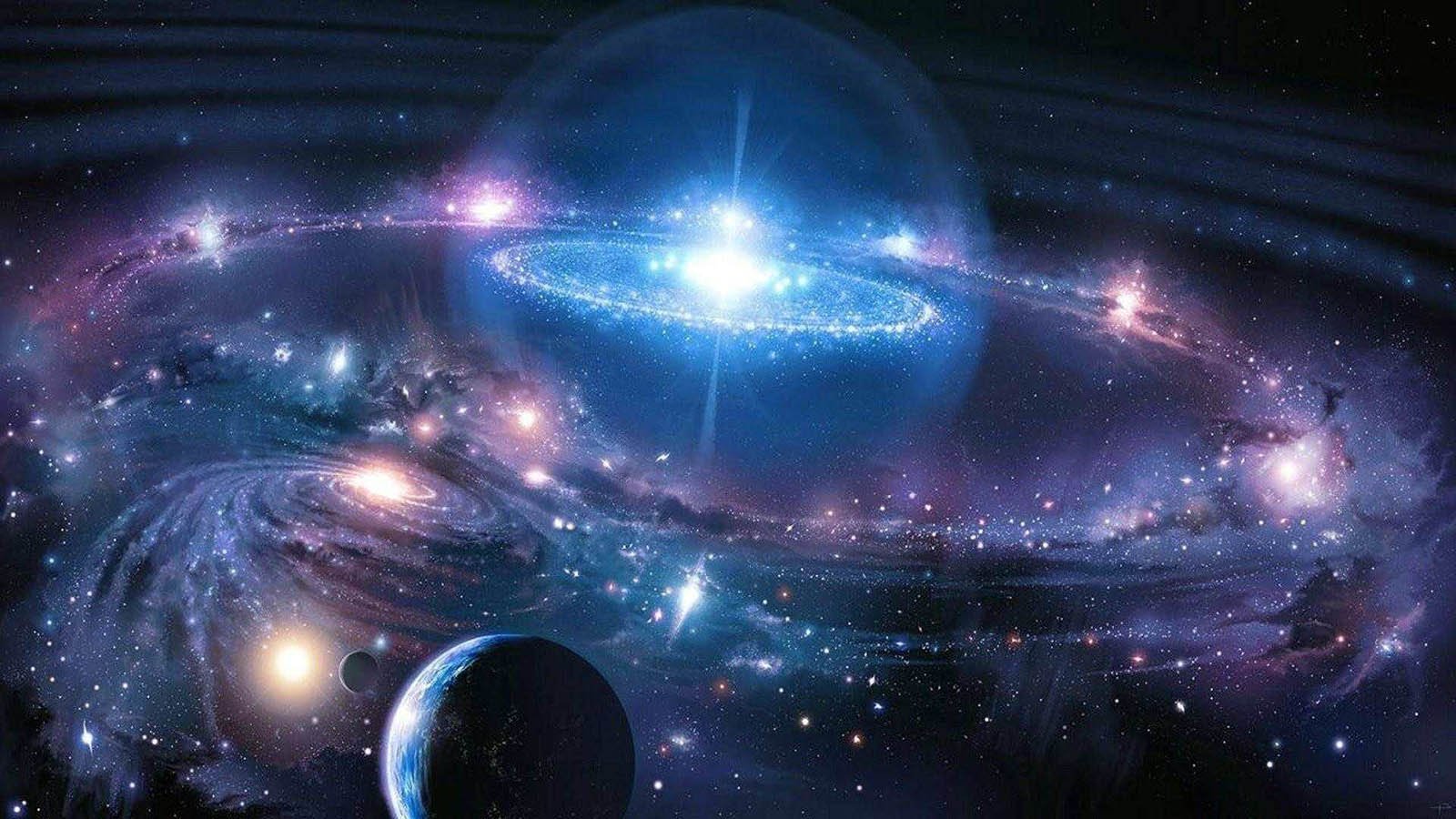 Since the dawn of man's existence here on Earth, questions have been raised about what happens when certain limits are exceeded and questions of these kinds which originates from man's inherent inquisitiveness has propelled him to revolutionary changes of breaking boundaries, in fact these questions are part of the driving forces responsible for technological advancements. Through technological advancements we now know what lies beyond our local residences, countries, planet, solar system and galaxy but there appears to be a question lurking on some of us minds, which as at now is still inconclusively answerable and is because we currently lack the technologies to be able to answer such question. What then is this question ?

Refer back to the title of this article.

Answering such a question could lead to fascinating discoveries and would require technologies far more sophisticated and advanced than what is currently available. As at this moment what we have are theories of what might exist beyond our Universe and they (the theories) were postulated based on some observational discoveries made by astronomers. Before we embark on our theoretical journey, we need to clarify the universe we are actually talking about.

The Big Bang model of the universe's origin makes us to know that at the beginning existed a point with infinite density and temperature, and that this point expanded, the expansion marked the beginning of physical existence (universe). However, we might be forced to think from a lay person's perspective that there was something originally present of which the point with infinite density and temperature existed (like a point on a paper) and that the universe overshadowed this mysterious stuff, so therefore the mysterious stuff must be beyond our physical universe. Well looking at it from this perspective implies a finite universe, we might not be certain if the universe is finite or not but from a purely physical perspective this picture is wrong, saying something physical exist before existence itself (since the birth of the universe marks the beginning of physical existence) sounds contradictory. The point need not be anywhere, we can illustrate how the big bang events might possibly have been using a simple picture and it goes like this.

Imagine yourself in an extremely dark room with both your eyes closed without your imaginations and thoughts, but you know that there are infinitely many thoughts and imaginations in your mind. Now imagine generating a particular imagination/thought, say the universe and it's properties. The initial state of your mind with potentially infinite thoughts can be considered the non-existence/singularity - point with infinite density and temperature, notice that the point is not anywhere, it's both everywhere and nowhere. Now when the imagination/thought you made comes into be (within your mind), it replaces the singularity, assuming the concept "time" exists, also being continuous and flows in one direction, then the replacement is not sudden, the gradual replacement can be considered the expansion of the point universe. Personally I believe we exist in a super mind (cosmic mind), some might choose to call it the God mind. We should also notice from our simple illustration that the mind is boundless, which means our universe that came into be might be boundless/infinite. 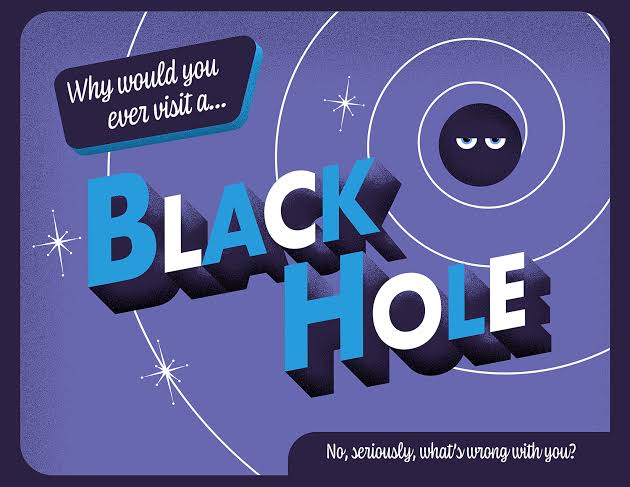 Previously we said there are theories that tell what might possibly exist beyond the universe, the universe we are talking about is actually our observable universe. Let's now embark on our theoretical voyage.

In 2008 a team of researchers discovered something shocking from physical observation and what did they find ?
They found that in addition to the expansion of the universe which is often attributed to dark energy, clusters of galaxies were also exhibiting another kind of motion, they seemed to be flowing uniformly in a particular direction with speeds greater than the expansion rate of the universe. The conclusion, which can be considered a theory was that the contents in our observable universe (including dark energy) could not be responsible for this motion but was as a result of some unknown megastructure(s)/ matter existing outside our observable universe, thus earning the flow, the name "dark flow". 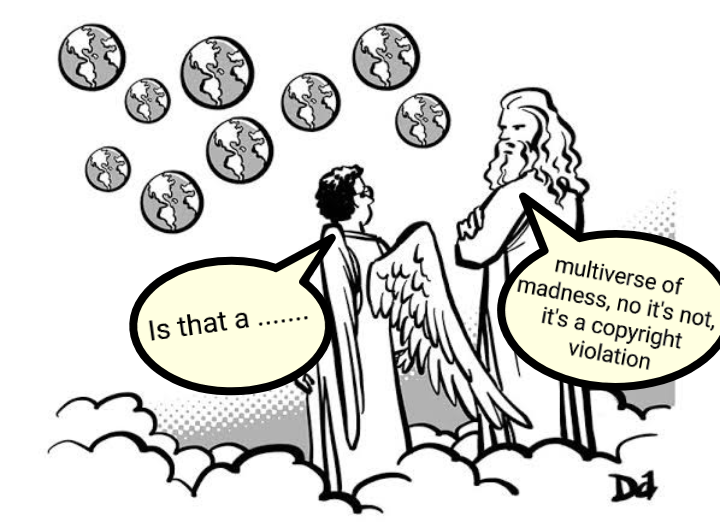 other observable universes are infinite in number and contain all kinds of possibilities you can ever think of and all contained in the overall boundless universe, which can sometimes be called the multiverse. However there's a multiverse version that is more cosmologically inclined and it is contained in the cosmic inflation theory.

Well, I think this is all we can take for now and like I said before the actual answer is still inconclusive, what we have just discussed are nothing but mere speculations. If we really want to know the answer we need to advance our technologies either by discovering/producing a faster than light means of transportation, as it would help us reach anywhere including the edge of the universe - if it actually exists, within a very short time or by producing a super telescope, one that we can use to see anything in or beyond the universe irrespective of our location in spacetime.
Or maybe we should just mind our businesses probably because outside the universe might be a very dangerous place, but it seems the only way to know is to not mind our businesses - find out.

What Lies Beyond the Edge of the Observable Universe? Imagine travelling beyond the speed of light, it would be amazing. You'd get to your destination turn around and you would then see yourself travelling there.

Would that be classified as time travelling?

Smart thinking, you just raised a paradox of moving faster than the vacuum speed of light that implies time traveling. Yes it can be classified as time traveling. I shall further look into this.
Thanks for your comment.