Unsolved Mysteries Of Science : Do We Exist In A Multiverse ?

clinton19 in StemSocial • 3 months ago (edited) The concept of a multiverse/parallel universes is very fascinating, as can be judged from those depicted in science fiction stories/movies and fantasy stories but can it possibly exist ?

The truth is that no one knows for sure, for now it is still a philosophical topic. Scientifically, a multiverse can be another plausible way of explaining the existence of our universe or why our universe appears to be the way it is, normally, with the way our universe is, it is logical to say that it was designed intentionally by a much more intelligent and powerful being - God, especially when it comes to the existence of life. However, if you want to do away with God, you can invoke the multiverse concept, we can simply say reality began spontaneously with all/infinite possibilities (it could be through any physical process, be it through the big bang or any other plausible physical process), that is, each possibilities corresponds to different universes - multiverse, and if there are infinite universes, then there exist at least one universe possessing the properties of our universe - which is indeed our universe. 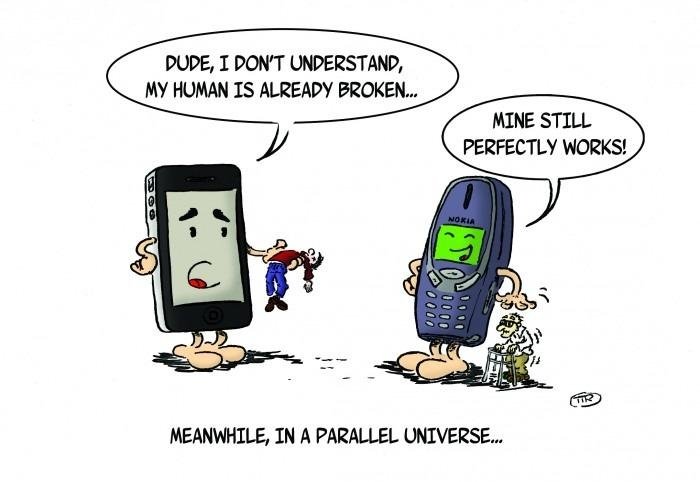 There are in fact mainstream physics theories that suggests we might exist in a multiverse and they are discussed below.

According to mainstream science, our observable universe began with a big bang from a singularity - a point with infinite density and temperature, but there were mysteries that the big bang theory couldn't explain such as the horizon problem - why the universe appears the same everywhere at large scale, flatness problem - why the universe is flat at large scale, and magnetic monopole problem - why magnetic monopoles doesn't exist. To resolve these problems, an additional theory to the big bang theory was developed - cosmic inflation happened shortly after the big bang singularity and before the actual big bang. This theory not only theoretically resolved the problems but also predicted other stuffs that have been confirmed from observation. However, the cosmic inflation theory suggests that we might exist in a multiverse.

Quantum mechanics - theory that accurately describes the atomic/quantum world, suggests that we might exist in a multiverse and it stems from one interpretation of quantum mechanics. According to quantum mechanics - the theory, quantum particles can be in multiple states at the same time but when we observe the particle, we see it in only one state - not in multiple states. The question now is, how does the particle transition from many states to a single state at the same time ?

Quantum mechanics does not say how it happens and it has become one of the unsolved problems of physics. One interpretation which is also the first proposed interpretation, called the Copenhagen interpretation says that when an observer observes the particle, the multiple states collapses to a random single state and all other states are lost, what this means is that the reality we observe cannot exist without observation, it is like saying that by not observing your house, your house as it is does not exist, this we know seems senseless classically - your house as it is, is supposed to be like that irrespective of looking at it or not. Some physicists found this interpretation to be unsatisfactory and sought after a more sensible one.

Notice that the many worlds interpretation seems more sensible compared to the Copenhagen interpretation but then, it requires that we exist in a multiverse.

String theory is a leading theory that attempts to unify all the fundamental forces of nature (including uniting quantum physics and general relativity) into a single framework - theory of everything, by postulating that elementary particles are one dimensional vibrating strings, the vibration gives rise to the properties of the particle such as the mass, charge and spin. Despite being successful in theory, it's predictions are yet to be verified experimentally, thus making it not yet a viable theory of everything. One prediction of string theory is the existence of a multiverse.

Notice that the theories discussed above are mainstream physics theories, they are what makes up modern physics and they all predict the existence of a multiverse. Just like it's not possible at this moment to prove/disprove the existence of God, it is also not possible at this moment to prove/disprove the existence of a multiverse, it is for now a philosophical topic not a scientific one. In order to prove the existence of a multiverse directly, we need to observe it but unlike what we see in sci-fi movies where people from one universe can move to other parallel universe (as in the case of the DC's TV series crisis on infinite Earths/Marvel's Loki TV series) to interact, the experimentally tested theories discussed previously forbids it. In the case of cosmic inflation, it is impossible because the universes are moving away from each other at speed greater than the vacuum speed of light, in the case of many worlds interpretation, it would mean that a particle can be in multiple states at the same time in a universe - a problem we are trying to avoid.

To disprove the multiverse, we need to physically explore beyond our observable universe which at this moment is impossible. Whatever the answer to this mysterious question might be, we would have to wait to find out, probably when we have gotten so technologically advanced.

Do parallel universes exist? We might live in a multiverse

We have still a lot to uncover from our universe. The theories that we have are incomplete and I am thrilled that someone uncovers it sometime in the future. It was an interesting read !discovery 20

Very true, we still have a lot to uncover, thanks for the comment.

I'm always fascinated and believe about parallel universe. Recently, I have just also learned about "multiverse" as well! Great to seeing more blogs about this here in Hive!

The concept of the multiverse remains as unclear, thereotical and seemingly far away from our understanding as possible.
We would need a BIG break in subjects like Quantum physics, which you touched on, to take the next step in understanding our universe and perhaps other ones like we have "imagined".