Transportation : The Technological Journey So Far

clinton19 in StemSocial • 7 months ago (edited)

Transportation has been and will continue to be a key necessity of man, including being essential for the development of civilization. For goods, people, services and information to exist in another location, transportation is inevitable. The earliest and basic form of transportation is the kind that involves only the use of human muscle - walking, running and swimming, this kind of transportation was more common during the early stages of man's existence. As man began to evolve, especially socially, there was need for the improvement of the modes of transportation, reasons for this improvement includes comfortability, time saving, energy saving, moving heavier goods, e.t.c.

Domestication of animals made it possible for animals with better physical capabilities to be used for transportation, thus partly tackling the problems involved in relying on only the use of human muscle and it marked the beginning of the use of nonhuman power for transportation.

Like was initially stated, the use of animals partly resolved the problems associated with the use of only human power, the main problems associated with transportation are moving heavier goods, energy and time saving, the latter two being more important and led to the development of efficient and faster means of transportation. This was possible thanks to the advent of science, the introduction of and advances in fluid mechanics, thermodynamics and electricity made it possible to develop efficient and faster vehicles that we observe today being used on/in water, on land, in air and in outer space - rockets/space shuttles. Despite these achievements, research is still on going, including in other fields of science and engineering to further improve these vehicles.

These current transportation vehicles are used within and slightly beyond our planet but we know our planet is one of the millions planets that exist in this vast universe of ours. What if light-years away from our planet, there exists other planetary systems containing planets capable of supporting life ? and that we wished to migrate there, considering the present environmental crisis on our planet (climate change) that might lead to our extinction, how would the migration be possible ?

A planetary system consists of planets orbiting around a central star, just like our solar system. The closet star to our planet called Proxima Centuari, which is believed to have earth-like planet orbiting it, is about 4.25 light-years (40 trillion km) away from our planet and our current fastest vehicle which is a particular kind of rocket/space shuttle, would take about 6,633 years to reach this star, the traveller would be long dead before he/she arrives, in fact, this journey is a generational journey. 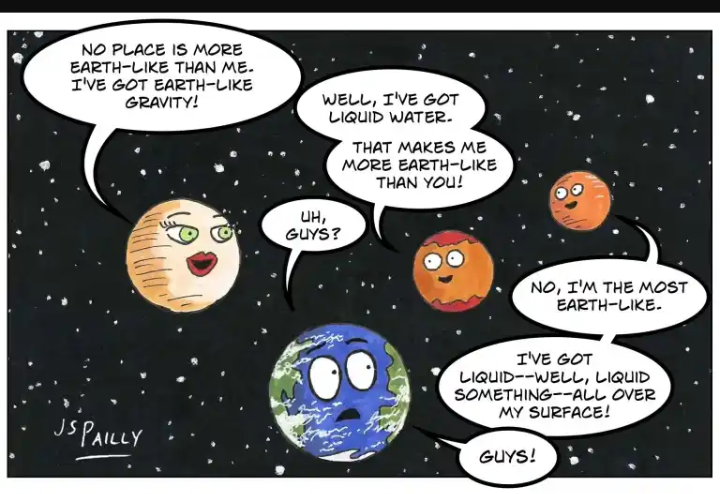 Luckily for us and thanks to Albert Einstein's theory of general relativity, scientists have been able to show that it is possible to design a vehicle called a "warp drive" that can make traveling to places astronomically far apart happen in a very very short time. According to general relativity, it is possible to arrange matter in such way that spacetime can be manipulated to achieve faster than light travel without violating the principles of special relativity - nothing can travel faster than the vacuum speed of light. This can be done by first reducing the distance between two points through compression of the space in between the two points and propelling one point through expansion of the space at the back of the propelled point. For clarity, supposing you wish to move from a point neat earth to the closet star (Proxima Centuari), at the point where you originally are - near earth, you place your warp drive which you would be inside, when you start the warp drive, it first reduces the distance between you/your warp drive and the star from 4.25 light-years (about 40 trillion km) to, say 50 km, it does this by compressing the space in between you and the star, and then it expands the space in equal amounts as the compression at the back of you/your warp drive (the front of you is the space between you and the star), this propels you to move towards the star in that short distance (50 km instead of 40 trillion km), it is like riding a wave, like water wave.

We should note that this also affects the time it takes to reach the star, if the distance reduces, so does the time. Calculation shows that this kind of motion with respect to the original distance yields speed that is greater than the vacuum speed of light but this doesn't violate the principle of special relativity, the reason is because according to general relativity, the warp drive would first be trapped in a bubble-like structure (a consequence of spacetime warping around the warp drive) and this bubble-like structure would be formed in such a way that events inside the bubble seems normal, that is, it doesn't seem like you are traveling faster than the vacuum speed of light, in fact, within the bubble you are traveling lesser than the vacuum speed of light. Now, if we assume inside the bubble, the warp drive moved at a speed of about 40 km/hr, then it would take us 1.25 hrs (1hr 15 mins) to reach Proxima Centuari - remember we initially assumed distance was reduced from 40 trillion km to 50 km.

This however is only theoretical and can only be found in science fiction movies such as star trek and star wars (where you see a space ship - warp drive, move as if it disappeared/appeared, especially when they are under attack - see image below), it is yet to be practicalized scientifically, though research is still on going.

If eventually this kind of technology (warp drive) becomes a reality, then it would be the best and fastest mode of transportation ever invented by man. With this technology, some cosmological problems such as the existence of extraterrestrials, what lies beyond our observable universe, e.t.c might be resolved. I guess we would have to wait to find out.

I resonate with your statements. Although we can reach the speed of life, we still need an ample years to reach an destination on our universe. Maybe, we can have lesser time if time warp will be feasible. !discovery 25