The Mysteries Of Time - Part 1

clinton19 in StemSocial • 9 months ago (edited) 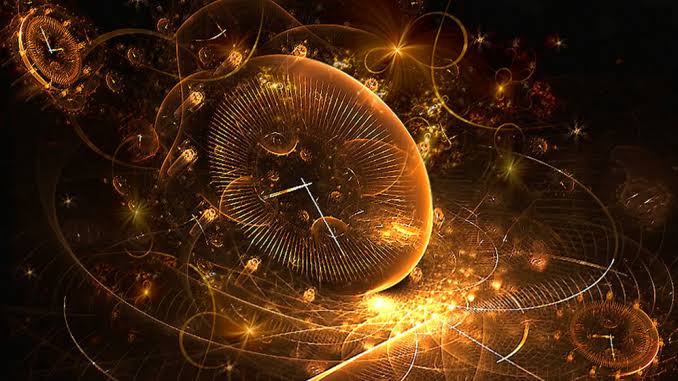 When posed with the question, what is time ?, It seems simple to answer at first, after all it's a very common phenomenon but when you take your time to actually reason the question, you would find out that it is actually more difficult than it seems. To some it's simply what the clock measures, while to some others it means something else. Time seems to be far beyond what our clocks measures, in fact, scientists and philosophers to this day still can't make sense of the true nature of time. This entity called "time" that we experience throughout our existence has lots of mysteries attached to it, trying to resolve these mysteries seems to elude even the greatest minds and has sometimes led to heated disputes amongst scientists and philosophers, which in turn has also led to the establishment of different philosophical schools of thought.

What then are these mysteries ?

Luckily for us, that's what we're about to find out but we would be treating only one in this article and in subsequent articles treat the remaining. Get ready to get your minds blown.

Is it real and absolute

This is the most common and yet unresolved mystery of time. During the initial stages of the mathematical description of natural laws of physics and dynamics, as far back as the 17th century and beginning with the works of Sir Isaac Newton - especially with his discovery of calculus, time had been treated as a real and absolute flowing entity, independent and separate from space and matter, and that it's very important if not the most fundamental quantity of which changes/dynamics can be described, notice that in Newtonian physics, dynamics always involves other quantities including space being functions of a flowing time. The idea of time being real implied that it actually existed and that being absolute implied that it was the same for all observers irrespective of the reference frames, this kind of time is now referred to as the Newtonian time.

This idea of absolute time began to crumble during the advent of special and general theory of relativity, notably by Albert Einstein. According to the theories of Einstein's relativity, time is real but not absolute - it's relative, and it is supported by the time dilation phenomenon discussed in our previous article, different observers in different reference frames observing different values/flows of time.

Try viewing it from this perspective, consider a situation where you and your friend observes an object, you see the object as an elephant and your friend sees it as an ant, can both of you agree that either of what you both see is the same ?.
It's obviously a no, what you see is from your own reference frame but the both of you can agree an object exists, likewise time in Einstein's relativity theories.

The theory that supports the unreal/illusion concept of time is that under "presentism" - a philosophical school of thought that suggests past and future doesn't exist, only the present does. 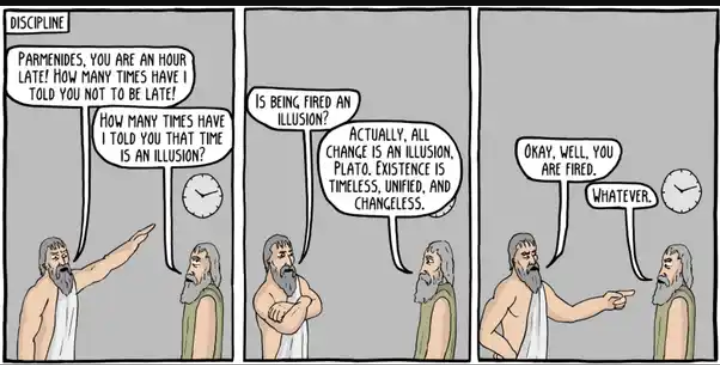 According to this theory, the reason why we talk of the past is because we have memories and the reason we talk of the future is because we believe (in our mind) that whatever we do in the present affects our future - volition, this mental properties gives us the impression that time has a direction - past to future. By eliminating these mental properties one would observe that it is the present that exists and always existed. This implies that time indirectly isn't real, it's something made up in and by our mind to account for changes. Also we should note that clocks are calibrated by "us" based on the Newtonian perspective of time, this implies that we can manipulate clock readings to suite our taste - we can manipulate our illusions.This illusion perspective of time shows a strong connection between consciousness and time. But this is not the end of the story, there's another philosophical school of thought that suggests otherwise - time is real, and it's called "eternalism", Einstein's relativity theories supports this view.

According to the theories of Einstein's relativity, time and space are on the same footing (unlike Newtonian physics that treats them as separate entities), that is, they are different manifestations of the same entity - spacetime, this implies that we exist in four dimensions not three and that dynamics are described fundamentally/based on existence in four coordinates and the geometry of which the coordinates exists.

For clarity, try imagining an object moving freely along the surface of a ball, the trajectory (path the object traces) of the moving object in two dimensions is circular, from the trajectory we can tell the previous place it existed, the present place it exists and the future place it's going to exist. Notice that the circular trajectory is the geometry of the motion and that the places representing the previous place, present place and future place all exits as coordinates (spatial) in the circular geometry but according to Einstein's relativity theories, time is also space, this implies that if we include time, then it should be part of the coordinates that makes up the circular geometry and it implies the existence of past time, present time and future time - they all exist and can be gotten from the geometry of the objects motion, not from our minds. This kind of universe is sometimes referred to as "the block universe" and it's because time is not flowing like how it's observed in Newtonian physics, it's static like space with past, present and future trapped, like objects trapped in a box. This block view on the other hand possesses it's own problems, it doesn't explain why time seems to have a direction - from past to future, and it also suggests change is an illusion - since time is static and dynamics/change depends on time. 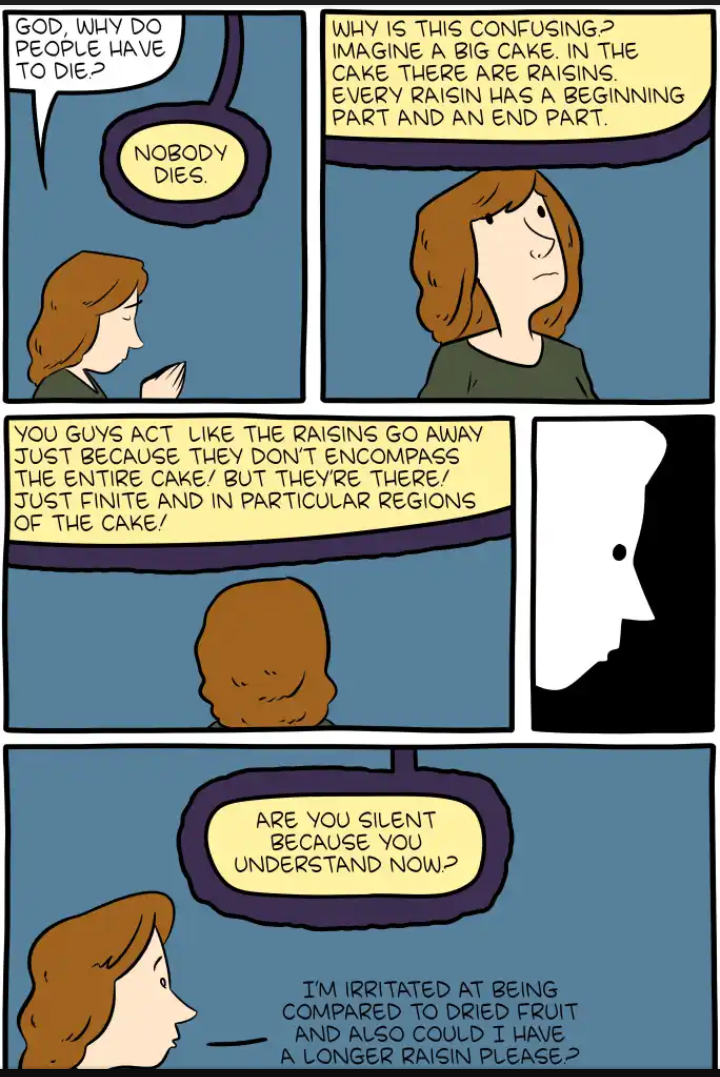 What we have just discussed above is one way Einstein's relativity theories suggests time is real, another way it suggests time is real is the idea of massive objects (physical entity) affecting time. According to general relativity, the presence of massive objects causes spacetime to change geometry and it results to what we call gravity, it's like having a flat sheet of paper (trajectory of moving object is a straight line), then bringing a massive object close to the flat sheet of paper and the geometry of the paper changes to the geometry of the ball in our previous scenario (trajectory of the moving object on the surface becomes circular). Now, if time were to be something made up by our mind, how does a physical object affect it ?

The mystery of time being real and absolute or not doesn't also end in the classical world, it continues in the quantum world. Quantum theories suggests that the dynamics of the quantum world can take place and be described without involving time, there time seems to be unimportant unlike in the classical world, thus supporting the illusion perspective. Even if time were important in the quantum world, quantum theories suggests that it would follow the Newtonian view not the Einsteinian view (relative and geometric). It has also been shown theoretically that time is an emergent property - it's not genuinely fundamental, with entanglement playing a key role, this has been verified experimentally but only true for internal observers, for external observers time doesn't seem to exist.

As a matter of fact, lack of proper understanding of time's existence is partly responsible for why to this day it's impossible to theoretically reconcile general relativity and quantum physics. If it were to be possible, then we would most likely have a theory of everything. In all of the theories discussed in this article, we see that there seems not to be a conclusive answer to the actuality and absoluteness of time, as each theories contains their own supporting facts and flaws. This and other mysteries of time which we shall discuss in subsequent articles seems to imply that we haven't gone half way in trying to understand the actual workings of the universe and until then, we thus conclude this article.

Time is NOT real: Physicists show everything happens at the same time

Thank you all once again for stopping by to read my jargons and also thank you @juecoree, @discovery-it and the @ecency team for your valuable supports.

Our understanding of time as a physical quantity described in this write up will enable us to link existing laws of physics or debunk them. In our scientific texts, there are countless description of what is time but I resonate with you that when we understand time, we can understand the universe well. Enjoy some !PIZZA !discovery 20

@clinton19! I sent you a slice of $PIZZA on behalf of @juecoree.

Did you know you can earn $PIZZA through Hive-Engine Diesel Pools? (1/10)

To me, I think the concept of time will remain a major mystery to mankind. There are some things that are better left alone and treated as one of the mysteries of this universe. It is fine to have a certain scale on which we measure time just for our use.

You're right to some point about some things being left alone but scientists have this property of not giving up easily, especially now that there's great interest and active research in the quest for a theory of everything and quantum gravity, to them everything has to make sense - free of doubts. This I believe stems from the philosophy science is based upon - objectivity, that is, everything exists without involving consciousness but the universe seems to be suggesting other wise. If the universe were to be truly objective, why then does consciousness exist in the first place ?

Hello @clinton19, you bring us and unveil considerations about "time" with arguments from both sides. The different currents have given samples of what they hold and, as an observer or actor within specific parameters in particular environments, we will be assenting to such arguments. Interesting post and we will continue in communication.

However I suspect you're asking this question based on the block universe perspective, if it is so, then it doesn't predict time is discrete. If time were to be discrete, then within the block universe there can't be a continuous line connecting the past, present and future, that is from a number perspective you would be having times like 1sec, 2sec, 3sec, e.t.c but no time in between like 1.4, 1.5, e.t c ( graph of real numbers). If you get what I'm getting at.

Mathematically [guessing here] if time is discrete, then we must be able to count it as it will be analogous to a countable infinity.

Probably in another article, thanks for the notification.

Mathematically [guessing here] if time is discrete, then we must be able to count it as it will be analogous to a countable infinity.