Communication : The Technological Journey So Far

clinton19 in StemSocial • 2 months ago

Communication is simply the movement of information from one point to another, be it in space or in time or both and normally involves at least two parties - the sender and the receiver, and as highly social animals, communication is very essential for man.

There are many activities performed by man that are essential for the development of civilization, one such example and one of the most important is communication. The mobile phones, internet and their benefits we enjoy today wouldn't have been possible if better means of communication had not been soughted after.

However, the way we communicate today wasn't how it used be in the past and for that, we shall now take a walk through time to discover how it all started, to where we are today and what the future holds in terms of communication. So sit back, relax and enjoy the historical voyage. 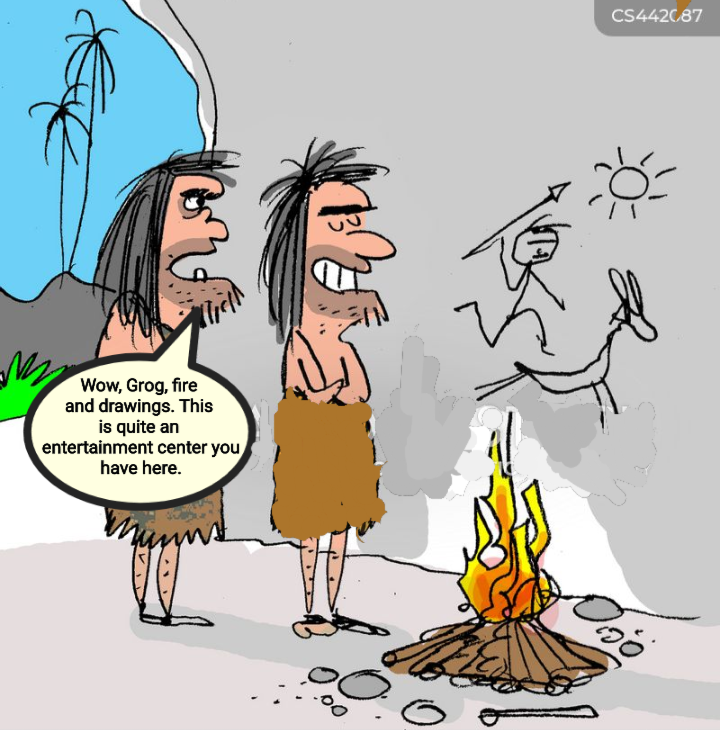 From this period to around the early 14th century saw development and general use of writing. However, apart from writing and talking as means of communication around this era, there were other means of communication that were developed and they fall under telecommunication - communication over long distances, examples were signaling through the use of smoke and drums in Africa, America, and Asia. In West Africa, especially Nigeria, gongs - a sound device, used by town criers were used to signal that the information being passed was a public and important one or sometimes signaled that the information came from the head of a community, like the king. Another telecommunication means developed and used during this same era was the use of animals to carry information, one notable example was the use of a particular kind of bird called the "homing pigeon" , this kind of telecommunication is referred to as the pigeon post - we see this portrayed in some movies, where written notes are attached to a bird and the bird is left to fly away to deliver the message to the desired destination. This kind of communication is believed to have originated from the ancient Persians.

Around the beginning of the 14th century, printing machines were invented by the Chinese, though it was wooden, the metallic kind was invented in 1440 by Johannes Gutenberg. Printing machines were invented to tackle certain problems involved with writing by hand, like improving legibility, mass-production of a single-written text (instead of rewriting the text over and over again by hand) and others.

Following the printing era was further development in telecommunication, as it seemed to be much better and faster, this resulted to the invention and development of semaphore systems and telegraphs. Advancement in the science of electricity, especially for use in communication started in the 18th century (around 1726), this made it possible for electric telegraphs to be developed. Later, this would inspire the invention of telephones, notably by Alexander Graham Bell in 1876 (19th century). 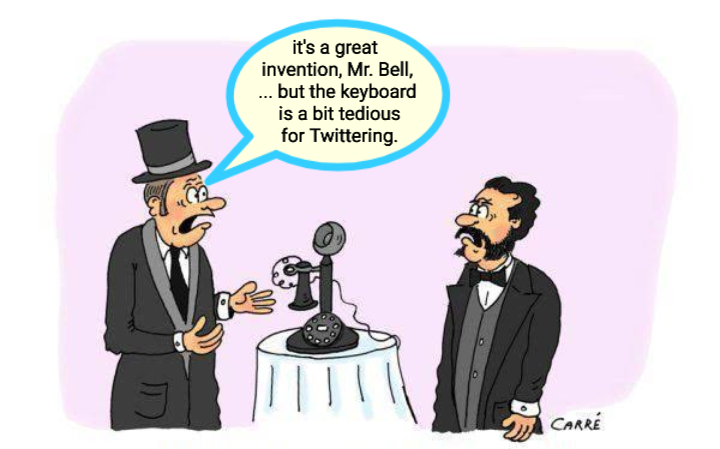 In 1877, Thomas Edison invented the phonograph - a precursor to gramophones and record players (like music players). The discovery and advancement in electromagnetism, especially electromagnetic waves - thanks to the theoretical work of James Maxwell Clerk, made it possible to utilize electromagnetic waves (the fastest moving object in vacuum) to transmit audio and visual informations over long distances in a shorter time/almost instantaneously. This led to the invention, development and use of radios, televisions and wireless telephones, this began around the end of the 19th century.

In the 20th century, advances in electronics (especially with the discovery of semiconductors and it's applications) and emergence of information science - thanks to the theoretical works of Claude Elwood Shannon, allowed for improved digitalization of information, thus leading to the existence of wireless mobile communication devices. Digitalization helped improve privacy and the security of information.

Wireless transmission of information through electromagnetic waves and digitalization wasn't enough for communication over long distances between two points on the surface of our planet (Earth), the reason was because Earth is round/curved and electromagnetic waves travelled in straight lines, there by making it impossible to remotely communicate world wide. This would lead to the invention of artificial satellites and the first artificial satellite was launched into orbit in the 1960's.

Also, advances in computing technology in the 20th century improved how communication was done, one important development was the "network of computers" that would lay grounds for the invention of the internet we enjoy today. What is the future of communication?

Wish we can go back to the days to using ravens to send messages :)

I would like to add that communication is also taking new definitions too, majorly because of Technology and globalisation. Now that AI is becoming something we would generally accept, people may communicate person-to-person much less. We have robots that can serve as companions, keep you company and perhaps give you what you may need.
It's a good thing, but thi might really affect human social interaction.