clinton19 in StemSocial • 8 months ago 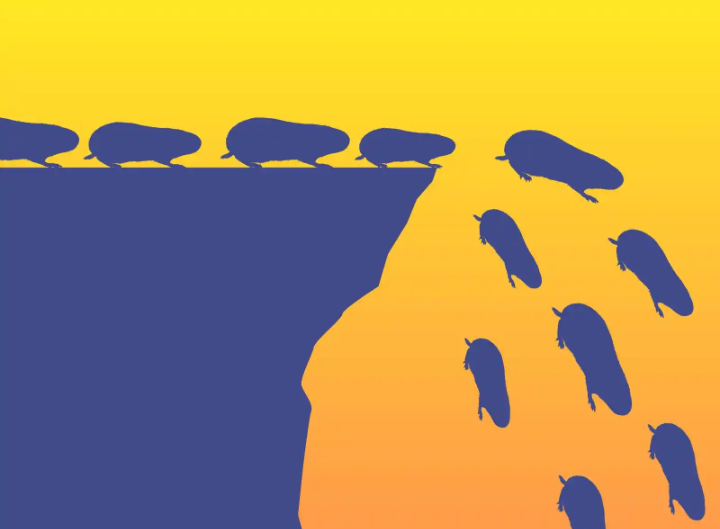 Suicide is commonly believed to be the intentional taking of one's own life and it's mainly believed to be done by only humans. Well, that might not be totally true, as there have been reported cases of animals committing suicide, an example was the case of a dog that was observed to be behaving less lively for a period of days before throwing itself into water and in an attempt to sink made it's legs and feet stay still, each time it was rescued, it repeated the same act, until one day it succeeded and died - this happened around the year 1845.

Can this truly be regarded as suicide ?, Asks some scientists. Before we proceed to answering such question, let's first look at the kinds of suicide committed by animals

This kind of suicide is normally caused by depression, especially when animals loose the ones they care about/the ones that care for them. Some dogs have been observed to refuse food from some unknown person(s) after the death of their owner - a consequence of depression, and not eating for long could lead to their death. Another example, is the case of ducks drowning themselves after the death of their mate partner (ducks stick to only one partners throughout their lives). The 1845 case discussed earlier could be an example of Depression-induced suicide, something tragic might have led to it being depressed and thus causing it to take it's own life. Other animals such as dolphins, bears, deers, non-human primates, e.t.c, have been observed to commit suicide after experiencing depressing situations.

This kind of suicide is normally done as an act of altruism, that is, the animal intentionally kills itself to alert it's colony of danger and possibly saving the colony. Some ants and aphids are known to explode themselves and secrete certain chemicals when threatened by predators/attackers thus protecting others, either by signalling them of danger or by killing the predator/attacker - through the secreted chemical. 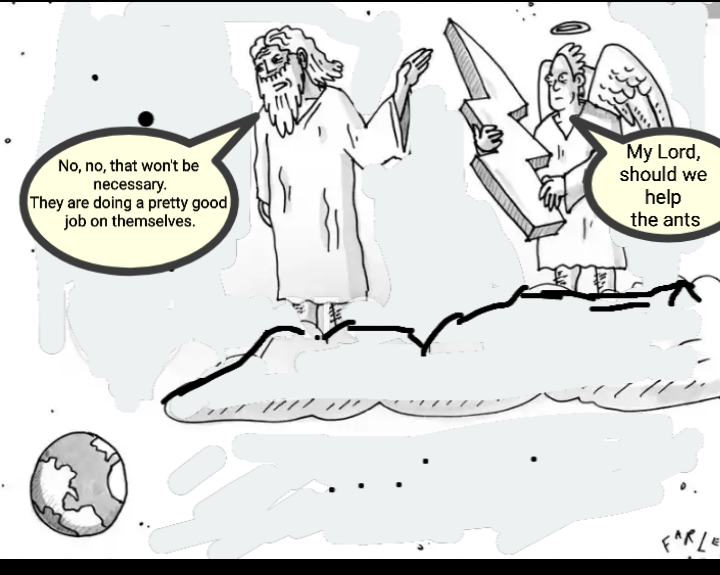 Bees are known to kill themselves when trying to remove their sting glands from the attacker they have stung. There's also another reported case of a water buffalo that got injured by a group of lions and escaped to meet it's herd (group of buffalos) it signaled it's herd through it's injury for them to flee and when the same lions came to where it and it's herd were, it prevented the lions from chasing it's herd by allowing the lions to finish the job - it intentionally stayed behind for the lions to eat it.

There are some parasites that cause their host to display suicidal behaviors, which eventually leads to the host committing suicide, these parasites do this for the purpose of finding another host and completing their life cycle. For example, Spinochordodes tellinii (a parasitic worm found in grasshoppers and crickets) develop from young in it's host till it is mature and close to the time for reproduction, would cause the host to commit suicide by throwing themselves and drowning in water, where the parasites eventually reproduces and waits for another host for the young to develop and mature.

Interesting right ?, Let's get back to our original question, which is

Can this truly be regarded as suicide for animals ?

Well, nobody knows for sure and it has now become a philosophical topic, especially with the fact that it greatly involves consciousness, saying that these animals commit suicide from the human perspective, suggests that animals can also experience human-like consciousness. It is believed that the most intelligent non-human animal on earth has intelligence not more than that of a preadolescent human child and it's very rare to see such child commit suicide, they don't fully understand life and death, likewise non-human animals.

When we look at the depression-induced suicide, it is very easy to say yes that's truly suicide because even in adult humans and adolescent human children, depression sometimes leads to suicide but if we are to critically analyze this, it might not be easy to tell if these animals actually committed suicide. Suicide is believed to be an intentional act, a depressed animal might not be aware that not eating for long could lead to it's death, where and how it would learn it, is another big question. If the animal isn't aware of the fact that not eating for long would lead to it's death, then it didn't kill itself intentionally. You can look at it from this perspective, i am aware of the fact that not eating for long would kill me but i still went ahead to stay long not eating, this is deliberate and it fits the notion of "suicide" . We humans lack the ability to directly communicate directly with animals, if we did, we would have known if these animals knew that not eating for long or taking certain actions could lead to their death and tell with certainty if they actually committed suicide or not. In the case of the self-destruction suicide, it's also very compelling to say that it's truly suicide because it's intentional and it's also observed in humans, e.g suicide bombers used by terrorists for political reasons and the Kamikazes but to some, self-destruction suicide cannot be considered a true suicidal act and has in fact, raised another philosophical question about suicide, which is,

Can suicide be intentional and not be desired ?

In the case of suicide-inducing parasitism, it is generally not considered a true suicidal act, as the victim didn't desire it and do it intentionally.

We have seen in our articles that there's also possibility that animals might not actually be committing suicide but it's not known for sure, it's for now a philosophical topic. However, scientific research into animal consciousness is still in it's infant stages, probably in the nearest future after thorough investigations and experimentations, certain doubts might be eliminated and certain philosophical questions might be answered, especially those relating with consciousness, and also might change how we view and treat non-human animals.

At first, I taught that animal suicide was some kind of metaphor, but it is interesting to know that it exist. I am not sure, but I think I watched a documentary about animal strange behavior like animal suicide. By the way, it is a good read. !discovery 20