The Threats Posed By Salmonellosis To Humans

bloomcindy in StemSocial • 2 months ago (edited)

So many organism living with humans can be beneficial or dangerous to humans, the expense of one's healthy life to become hazardous is called DISEASES.

This period of disease in a human or a living animal creates a condition which impairs the normal functioning body of a living being by making manifest with signs and symptoms of that particular disease.

Hello lovely ones of this amazing community, today I intend to discuss on the damages of salmonellosis which are life threatening when it turns into a severe disease to human, its prevention and its solution (treatment). 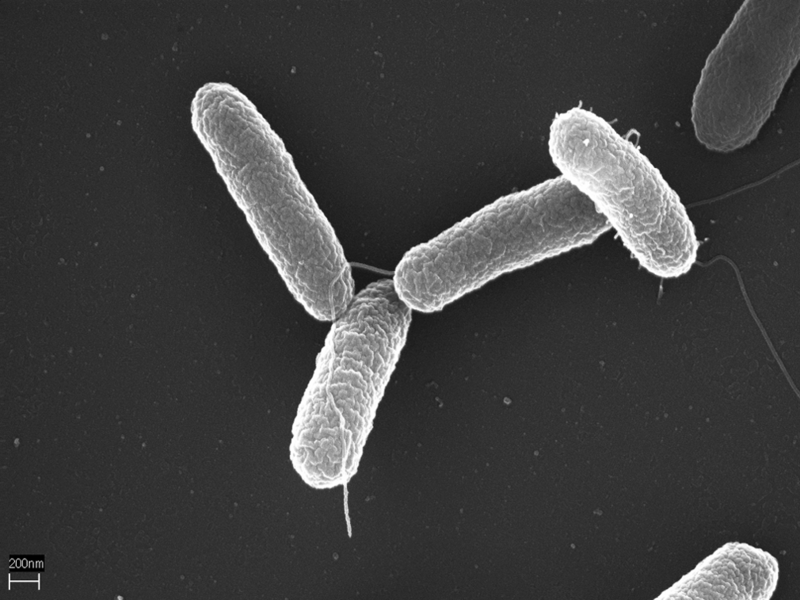 Most disease can be gotten through food poisoning or food infection,one may get confused on the terms or ask "don't they have the same meaning but different terms?" -> Absolutely YES they dish out same definition,in view they both have different means to breed diseases to man.

In essence,it means Food infections is whereby toxins from bacteria or viruses or fungus are deposited in a food before it's consumed WHILE Food poisoning is termed as the release of toxins inside the body system after the consumption of micro organism through food or water(anything consumable). So
Salmonellosis can be gotten either through food poisoning or food infection.

Let's take a look at the epidemiology

Salmonellosis is caused by the genus called "SALMONELLA",they are gram-negative rod shape bacteria, from the family of Enterobacteriaceae Salmonella and its flagella for movement

They are facultative organisms because it can survive in the presence of oxygen i.e Aerobic respiration and also can survive without oxygen (Anaerobic respiration)
It's facultatively characterized by a motile flagellated bacilli of "O"(gotten from it's somatic cells) & "H" (gotten from it's flagella)antigens with it's common serovars A,B & C out of 2500 serovars(also named serotypes of the bacteria that develops in the intestines and combines with the human blood causing impairment of the body system).

It's important to distinguish between typhoid fever and paratyphoid fever because the strains in the two organisms brings on two different diseases by exhibiting various propensities to develop resistance to antimicrobial drugs if given randomly,that is why there's diagnostic kits and tools today to differentiate as well identify the specific fever disease between the two and administrating specific drugs for it.

Generally, children(whose immune system are still developing), elderly ones( ranging from 70 and above whose immune system are weak) and those with weakened immune system,thus their leukocytes are unable to fight against disease that comes into the body system,these ones are called the Immunocompromised patients such people as follows;- HIV patients,organ transplant paitents, chemotherapy patients etc.
All these people are susceptible to salmonellosis due to the strains of enterica salmonella is known to breed heat stable enterotoxins to the target of human intestines.

The typhi's of salmonella enterica subspecies S.Typhi & S. Paratyphi we are talking about are acquired from contaminated food and water, unhygienic environment and carriers of typhoid (they are asymptomatic people who doesn't show signs and symptoms of typhoid but sheds the diseases from their wounds,tissues, organs,stool and urine).

In this scenarios,when this bacteria or it's toxins from the food are ingested or consumed by a healthy individual,the known bacteria penetrates through the gastric acid barrier using the attachment of their pilli or flagella to Peyer's patches epithelial cell lining of the intestinal lumen. These bacteria with either Salmonella serovar typhimurimum and Salmonella serovar enteritis gets internalized by receptor- mediated endocytosis and are phagocytosed to the lamina propria where the toxin are released, the toxin known is called S-CDT-> SALMONELLA- CYTOLETHAL DISTENDING TOXIN.

One can be in possession of Salmonella Bacteria in their body ranging a from some hours to some period of days before showing its symptoms,once Salmonelosis takes hold,you ll start experiencing symptoms rather suddenly leading to the elevation level of CAMP creating an intensified production of electrolytes outwardly from the body with the demonstration of Consistent vomiting, Dyschezia, Acute dysentery, Anorexia(Loss of appetite), Muscular weakness, Ulceration, High fever, Gastralgia(Abdominal cramps), Muscular weakness, Migraine etc.

DIAGNOSIS-
The analysis of salmonellosis is achieved by isolation of the organism in the food or from faecal materials from humans, contaminated water or other suspected sources.

As Oracle of medicine (scientist) various tests are carried out for Salmonellosis confirmation through- Stool sample,the test is carried out by confirming the macroscopy of the stool specimen, it's culture and sensitivity. The culture/sensitivity is achieved in called Bismuth Sulphite Agar which is the best for culturing Salmonellosis. The growth appearance on the agar and it's colour(Black with metallic sheen),with a gamma hemolysis. Commercial prepared antisera "O" & "H"(with colour blue and pink respectively depending on the manufacturer) are produced by rocking with the patient's serum which is done for the identification degree level of Salmonellosis recorded as in 20,40,80,160 depending on it's agglutination.

Also vast methods are also deployed like molecular methods such as DNA hybridization and PCR (Polymerase Chain Reaction)are made obtainable, accessible for the identification and to accredit the presence of salmonella enterica in human specimen leaving zero error.

PREVENTION-
There are so many measures to partake inorder to minimize the exposure of salmonellalosis;

Contaminated water by dirty animals through their fecal materials into the water,this should be avoided or purified before drinking or cooking.

Contaminated foods such as veggies,raw red meat and fruits etc should be thoroughly washed,cooked properly if need be before consumption & also avoid undercooked foods too. Unpasteurized milk should not be consumed because it can contain various pathogens that re dangerous to man not only Salmonellosis so therefore must be pasteurized before consumption.

Hivers, always look out for packed foods for it's expiring dates because expired packed foods from the groceries stores may contain this particular bacteria in them.

Sub clinically sick persons or carrier workers should not be employed in food establishments like restaurant,bakery etc also symptomatic person's should not prepare food for others.
This tips helps to avoid contracting from affected persons and avoid transmitting to others.

TREATMENT-
There are signs and symptoms such as nausea, headache etc that are treated in non- invasive and uncomplicated cases by taking slots of water and other fluids.

Anti- diarrheal cases like Loperamide can be administrated in severe diarrheal cases. Antibiotic could also be administrated by thorough check of performing Antibiotic Microbial Sensitivity - to help indicate which specific antibiotic either ciprifloxacin, azithromycin,fluoroqunioloes etc.
This is sensitive to the degree of the causative pathogens by using KIRUBAR DISC, which is recommended or applied in the cases of septicemia or bacteremia cases because in this scenario there's increase of faecal shedding of the specified organism, furthering can prolong transmission.

So hivers,it's ideal to get smithen with the preventions of salmonellosis than putting your health at a very big risk of this organism. One who has been affected by this organism, should not be dismayed because there's a solution to it.

Congratulations @bloomcindy! You have completed the following achievement on the Hive blockchain and have been rewarded with new badge(s):

Thanks for sharing this super interesting blog with us. I didn’t know there was a difference between food poisoning and food infection, and I had never heard the term ‘facultative organism’. I hence learned something from the very first paragraphs of this post. That's great! :)

Thanks in advance for enlightening me!

Thanks for those clarifications!