Chemistry of the cosmos (Part-1)

benainouna in StemSocial • 2 months ago

Gazing at the night sky evokes deep thoughts: eternity, infinite spaces, eternal darkness, and cold from the depths of the cosmos. However, thinking about the chemical problems of the universe does not help anyone. Nonetheless, the cosmos should capture the imagination of a chemist just as much as an astronomer. 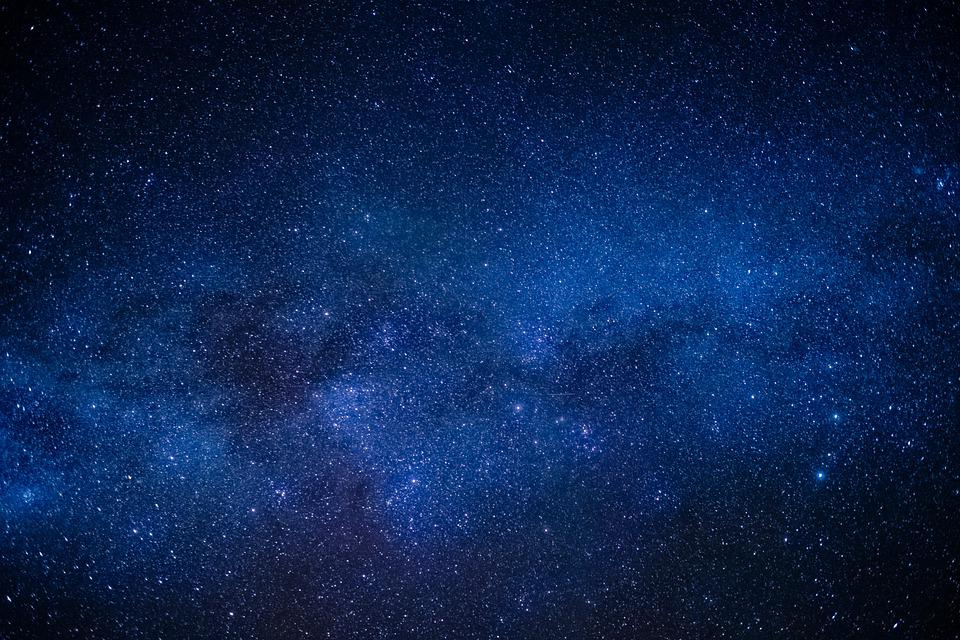 It is only gradually that we are able to perfect appropriate research procedures. Auguste Conte was convinced that man would never discover the composition of stars. The statement that a very large separation distance precludes the study of a distant object, on the other hand, is only true if the object does not change the space between the object and the observer. The radiation emitted by stars, which formed Ariandne's thread, enabled physicists and chemists to study processes occurring millions and millions of kilometers away. It is critical to recognize that valid concepts of astrophysics and astronomy could only emerge after the discovery of the laws of physics and chemistry (terrestrial) and the certainty that these same laws continue to apply in the cosmos.

Indeed, it was far from certain that Earth science would prove to be so broad. Only when physicists and chemists applied their knowledge to the study of the cosmos was the generalization of the particular cases studied, i.e. their extrapolation, possible. Even chemistry, which studies Earth's atoms and molecules, had to prove that Newton's laws apply to the behavior of atoms and molecules in the cosmos. The first terrestrial science to find extraterrestrial applications was mechanics, which provided astronomy with well-known services and served as its foundation.

The study of the chemistry of the universe did not begin until much later, but the vast amount of information already accumulated attests to the fact that our laws of physics and chemistry continue to be valid in all parts of the universe that are accessible to investigation.
This is the most grandiose scientific generalization that could be achieved by simple extrapolation of the knowledge acquired by humanity, which is aware of the validity of its scientific laws in the already explored interstellar spaces.

We can see large celestial bodies lying close to us in the sky. A telescope-equipped eye can distinguish a large number of celestial bodies, all of which have enormous dimensions not only in comparison to the atom, but also in comparison to man. The dimensions of a human body are approximately halfway between those of an atom and those of a star. What is there to find in interstellar space? Source of picture: Pixapay
Are we authorized to state unequivocally that this space is completely empty? The factual data obtained by the most diverse methods attest to the presence of diffuse matter in interstellar space, i.e. matter forming an extremely rarefied gas. In comparison to the interstellar vacuum, the vacuum that can be produced artificially in our laboratories appears to be a minor technical achievement. In cosmic space, there would be only one or two atoms per cubic centimeter, whereas the vacuum achieved by our devices corresponds to the presence of approximately 500,000 atoms or molecules per cubic centimeter.
The presence of interstellar gas was extremely difficult to detect. It wasn't until 1905 that Hartmann was able to conclude that this gas existed by analyzing various clues, none of which could be considered direct proof. One of the lines of the emission spectrum of stars in the constellation Orion was found to be unnervingly clear. It took 19 years to prove that this line was emitted by calcium atoms dispersed in the space between the observer and the target star, rather than by a star. 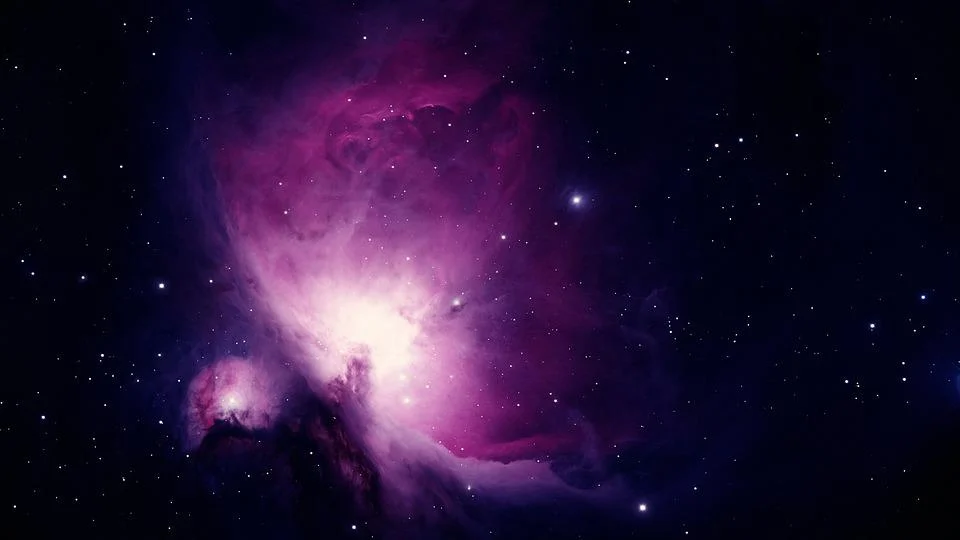 Source of picture: Pixapay
Cosmic dust is also found in interstellar space, where it accumulates in large clumps to form nebulae in some regions of the galaxy. This cosmic dust is most likely made up of crystallized particles of methane, ammonia, or water, which are covered on the surface by ions or molecules of various compounds. Interstellar dust has an average density of only 10 power minus 26 g/cm3.

There is no doubt that the intense processes that occur within stars at the beginning of their evolutionary cycle are accompanied by the expulsion of enormous masses of matter into the surrounding space. The process is similar to a chemical equilibrium, except that the size of the vessels in which the reaction occurs is measured in light years rather than centimeters. As a result, we can conclude that the composition of interstellar matter must differ slightly from that of stars. The quantitative distribution of elements in different parts of the Universe, on the other hand, is far from uniform.
In 1939, Soviet Schein demonstrated that the proportion of different isotopes of carbon in certain stars is fundamentally different from that observed on Earth, allowing one to conclude that the initial state of the constituents of matter from which the atoms constituting the stars was thus different.
It is critical to understand that the conditions on the Sun or in the stars are so different from those that can be achieved in terrestrial laboratories that the indications noted in the emission spectra of the stars could not always be immediately identified, because it was difficult to attach metamorphosed spectral characteristics to a known element. In the nebulosities, a mysterious gas was discovered and named nebulium; however, the spectral lines of the nebulium are only oxygen and nitrogen lines. The emission spectrum of iron and nickel atoms in the solar corona is so specific that it was first attributed to an unknown element, coronium, and this hypothesis only collapsed in 1941.

Thanks a lot for this nice blog, that inspired me for a few comments and a question (if I may).

[…] an extreme vacuum on one hand and unimaginable pressures on the other, temperatures close to absolute zero and temperatures reaching tens of millions of degrees, powerful corpuscular flows, and electric and magnetic fields of tremendous intensity.

As a side note, there are colder and hotter places on Earth itself. Humans are very good to reach extremes! This is something always good to mention ;)

The first terrestrial science to find extraterrestrial applications was mechanics, which provided astronomy with well-known services and served as its foundation.

Can you comment on this. What do you have exactly in mind? Personally, I would think about optics (cf. telescopes and lenses), which is different from mechanics.

[…] whereas the vacuum achieved by our devices corresponds to the presence of approximately 500,000 atoms or molecules per cubic centimeter.

CERN has done better than this in the LHC: 1000 atomes per cubic centimetre. More information can be found also here.

Cheers, and thanks again for this nice blog.

Thank you for these valuable notes, sir. Of course, you may :) , because your comment is as valuable as your articles, which I always benefit from.

(The first terrestrial science to find extraterrestrial applications was mechanics, which provided astronomy with well-known services and served as its foundation.) I mean, that to explain some cosmic phenomena, scientists had to use the principles of classical physics.

My sincere greetings to you

(The first terrestrial science to find extraterrestrial applications was mechanics, which provided astronomy with well-known services and served as its foundation.) I mean, that to explain some cosmic phenomena, scientists had to use the principles of classical physics.

I agree, but didn't we need optics to observe them first, before even trying to describe them?

Ah I understand now.
I believe that both optics and the laws of mechanics played a major role in understanding cosmic phenomena. In 1609, data on celestial bodies began to be recorded with the telescope invented by Galileo Galileo. Isaac Newton also wrote a book in 1687 that described and explained his gravitational laws, which were intended to explain cosmic phenomena.
So I agree with you Sir: we need optics to observe them first.
Thank you Sir, my best regards to you.

Our universe is incredible. What fascinates me most about him is how he shows us with such simplicity that we are tiny and that the only really great thing about humanity is the ego of thinking that we are too important.
Great post. Thanks for sharing.
!1UP