Things that could go wrong: What if it was a myth?

belemo in StemSocial • 2 months ago Every time an air crash happens, the sad incident opens up a world of questions. At the end of the day, we learn new things that would contribute to safety in the aviation industry. Sadly, these lessons often come with a lot of emotional turmoil and grief from lost lives, like Flight Conair 3272.

On the 9th of January, 1997, the Conair flight 3272 in an Embraer EMB-120 started from Cincinnati and was scheduled to arrive in Detroit. Unfortunately, the commuter flight didn't land safely on the runway but instead spiralled out of the sky during descent for landing.

The unfortunate event led to the untimely death of 29 people on board the flight. Out of the 29 people that died that day, there were three crew members that include Captain Dann Carlsen on pilot monitoring and Kenneth Reece handling controls. They were both skilled pilots evident in the fact that between them, there were over 7,000 flight hours, so how did this tragic event happen?

Statistically speaking, transportation through flight remains the safest way to travel. However, these statistics only exists because moving an aircraft from one point to another is usually subjected to near-perfect circumstance.

The need for near-perfect flight, in terms of aerodynamics, and engine performance is the reason why aircraft designers pay close attention to micro details. Once airborne, everything about the aircraft becomes very sensitive and the slightest discrepancy could turn out to be catastrophic.

Piecing together the events of an aircraft accident often involves peeling through layers of information. The information could be from historical data, and of course, data derived from data recorders in the black box.

Prior to getting information from the flight data recorder, air crash investigators often try to piece together the puzzle through physical data from the crash site. The first suspicion was that the propeller blade broke off.

Historical data showed that two similar aircraft of the same series had incidences due to their propeller blades breaking off. However, the physical investigation proved that the blades of the aircraft were dented on impact with the ground, thus indicating the problem came from somewhere else.

When things go wrong, we have to consider different possibilities. Why will an aircraft, with two competent pilots spiral out of control and crash in such an ominous way? For an aircraft to simply fall out of the sky, one thing is certain though; The aircraft definitely stalled.

In aviation, stalling occurs when an aircraft loses lift in one or both wings of the aircraft. Before we get into the stall, there are some things we must iron out.

In simple terms, everything can be made to fly, if you attach wings and subject it to a certain speed. The tapered/aerodynamic shape of the aircraft only facilitates the velocity by reducing air resistance, however, a flight is fundamentally dependent on the lift generated on the surface of the aircraft.

However, different circumstances could lead to a sudden reduction in the lift generated and this occurrence called stalling, is a major agent of aircraft accidents.

Stall is defined as a sudden reduction in the lift generated by an aerofoil when the critical angle of attack is reached or exceeded.

In the case of FLight Conair 3272, the second suspicion was that the ghastly spiral to oblivion was due to wake vortices that might have been left larger aircraft that landed prior. 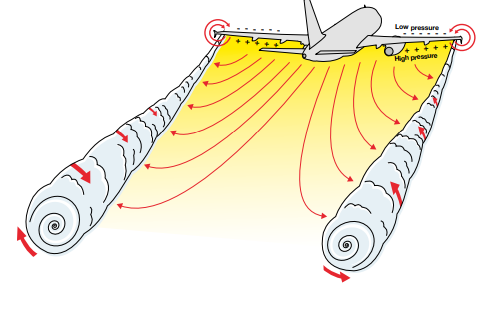 The effects of one aircrafts wake vortex on another aircraft are dependent on a host of factors including the size of the aircraft and altitude.

A large commercial aircraft would leave a more violent wake vortex and if a smaller one passes that region, it will experience violent turbulence. However, in cruise condition, this turbulence won't be a problem, but what if it was during descent like the Flight Conair 3272 flight?

A collaboration between NASA and the air crash investigation team proved that despite being rush hour where numerous planes landed almost simultaneously, the unfortunate air crash didn't cross paths with any wake vortex. However, a collaborative effort with NASA showed that the probable cause of the incident was something quite common that could have been easily remedied.

A closer investigation into the incident that includes wind tunnel experiments on the wing proved that icing was the cause of the death spiral.

Icing is a phenomenon that occurs quite frequently during a flight. A combination of speed and precipitation leads to the formation of ice sheets on the surface of the wing. These ice formations on the wing alter the shape of the airfoil and lead to a detrimental effect on lift.

Also, icing doesn't occur uniformly on both sections of the wing, and with aircrafts being so sensitive to small margins, even half an inch of ice on the wing, like the Connair flight, could lead to a death spiral.

Investigators figured that on approach to landing, there was ice formation on the left section of the wing. This ice formation may have been no more than 1 inch leading to the death spiral of this aircraft. So the question is, why didn't the pilot activate the de-icing devices in the aircraft?

The answer to that question lies in misdirection or shall we say, a conflict between the FAA's directives and the aircraft manufacturer manual, at the time.

In the past, de-icing boots weren't quite as effective, and so the FAA instituted that pilots turn on the deicers after some quantity of ice forms on the wing. This outdated law was put in place because in the past, bridging, a phenomenon where the snow takes the shape of the de-icing boots, instantly rendering them useless.

However, what the pilot didn't realise is that the aircraft manufacturer instituted that the de-icing boots be turned on immediately ice forms on the leading edge of the wing because that issue had been fixed.

Now at high speed, and altitudes, the effect of icing is minimal because there's enough room to break it off either with wind or the deicing boots. Also, high speeds ensure enough lift is being generated on the wing, however, in landing/descent conditions when speeds are reduced, even a layer of ice as thin as sandpaper could lead to a death spiral.

In the case of Conair flight 3272, the ice formed on the left section of the wing, combined with the low speed and altitude since it was in landing configuration caused the accident.

A previously held notion, combined with a conflict between the Aviation authority and aircraft manufacturers manual led to the death of 29 people in this tragic incident. This lead the FAA to tweak the rules in their manual that instituted pilots turn on the de-icing system immediately after ice formation occurs on the wing