Mangroves Could Help Save Us From Climate Change

azissuloh in StemSocial • 8 months ago 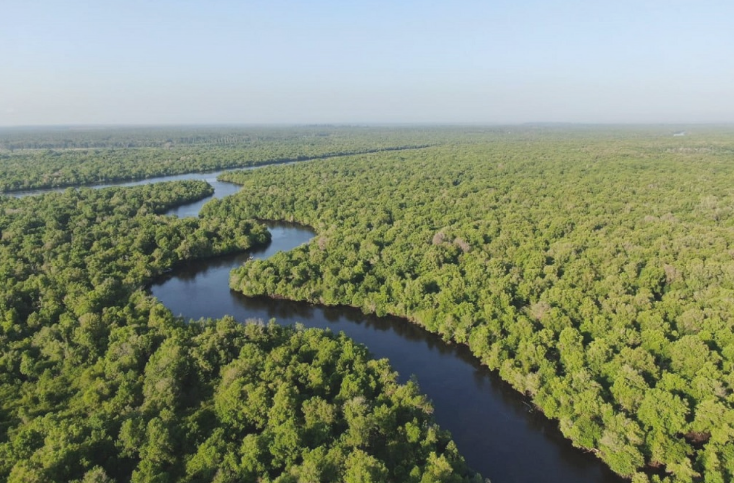 So what are the characteristics of mangrove trees? And are there any benefits of mangroves besides protecting coastal areas? Do mangroves play a role in preventing global warming?

As I have described above, Mangroves are plants that can grow wild in brackish water areas such as the coast and river estuaries. More precisely, mangroves grow where organic accumulation and siltation occurs. In the mangrove forest area, few other growth could survive another. However, the trunks and roots of mangrove trees can support a wide variety of animals.

The outermost mangroves are called Rhizophora spp. This mangrove will grow supporting roots that branch into the main shield against the waves. Furthermore, mangroves grow in the most muddy areas or in the middle of the mangrove forest area are Mangroves Rhizophora apiculata and R. mucronata.

Following is the zoning of mangrove forests.

Why mangroves can be one indicator in reducing the impact of global warming. Global warming is often associated with rising sea levels, and causes weather anomalies. This is due to various factors, one of which is illegal logging which then has an impact on increasing the amount of carbon dioxide in the air that is not absorbed by plants.

This incident affects the climate of the earth, such as humidity and affects the direction of the angina, causing anomalies to appear. Therefore, the presence of mangroves plays an important role in reducing the impact of global warming. Coastal ecosystems such as mangroves can act as blue carbon which can reduce carbon dioxide emissions on earth. Scientists argue, coastal ecosystems are like mangrove forests can store and absorb mangroves 100 times more than forests on land. Mangroves themselves are known as a natural cooling system for the earth, which can absorb carbon in the roots and soil. Moreover, mangrove plants contain organic varieties that do not rot, so that the carbon they absorb will be stored, in other words, mangroves have a function as an absorber, rather than a source of carbon dioxide.