The top 5 entries to this contest will be rewarded as follows:

Plus, if you meet the criteria for @dcitygame's contest, you could win up to 100 HIVE with your entry! Check out: dCity Update Follow Up - Info and more contests to make sure you qualify their contest as well!

The winning criteria for this contest is the same as the dCity contest. @richardcrill and @jonyoudyer will be judging the contest and we want to see the main rules of the dCity game covered while also being a simple and user-friendly tutorial.

Make sure to cover the basics, but also show off the new possibilities with more Hive-Engine tokens, especially WEED!

You can both spend and earn WEED in the new dCity update!

You can spend WEED, BEER, CCC, and and STEM to have different events in your city to give boost to various metrics. The main metric you increase with WEED Fests is your creativity. 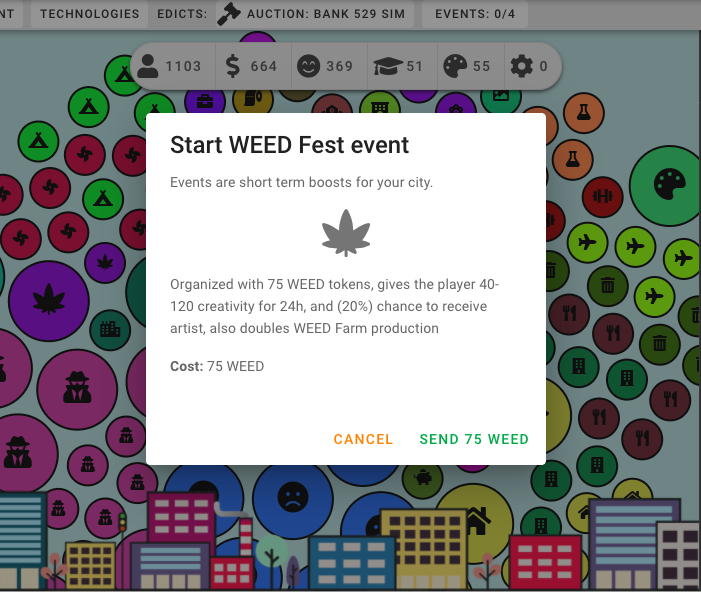 This gives you a higher chance to earn backgrounds which is very cool, because backgrounds are the rarest assest class in the game, with only a few accounts having found any so far! 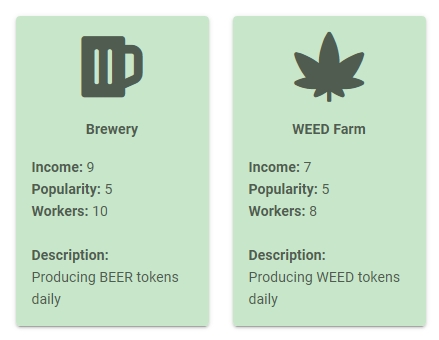 When you have WEED Farms in your city, you will earn WEED tokens based on the number of WEED Farms you have and that is doubled when you are having a WEED Fest!

Subscribe to our Hive Community
Follow Our Hive.Vote Curation Trail
Shop at the WeedCash Store
Chat with us on Discord

Here is my tutorial:

Would love another weed farm :)

Good luck to all the entries!

I tried to understand that game with zero success

I wrote some tutorials about the very basics and the new mechanics that got introduced with the update. but if you have specific questions you can also ask me if you want to :)

The basic idea is to grow your city to be big and prosperous. When you do that you earn SIM and HIVE.

This game is a superb one. Now I have 10 weed farms

Very addictive game. If you can balance the people and building this game is for you

I even wanted to participate in the contest, but I don't know how to play dCity unfortunately. But I liked the community's initiative. Thus, more people like me will be able to better understand the mechanics of the game. Good luck to the participants!

No worries. Check out my last post, it’s a contest everyone can participate in, and at the same time you can help support the community

Congratulations @canna-community! You have completed the following achievement on the Hive blockchain and have been rewarded with new badge(s) :

Hi, this is my tutorial
https://peakd.com/hive-140217/@libertycrypto27/dcity-tutorial-for-beginners
!BEER

Hey @canna-community, here is a little bit of BEER from @libertycrypto27 for you. Enjoy it!

Did you send me a WEED farm?